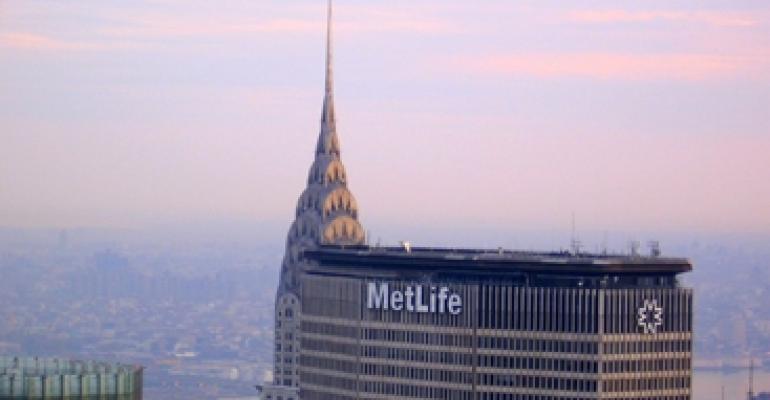 For Pension Funds, Crisis Spawns Search for a New Metric

In the span of only 12 months, U.S. pension funds, one of the largest institutional investors in commercial real estate, have adopted an entirely new mindset — a balance sheet mentality if you will — when it comes to how they measure the success and failure of their investments in the future.

Only a year ago, the first annual “U.S. Pension Risk Behavior Index Study” conducted by MetLife found that pension fund managers were narrowly focused on only a few key asset-related barometers — including asset allocation and return on investment — as the primary guides for their success. Those are the same metrics they’ve been using for the past 20 years or so.

Now the second annual MetLife study has found that those same managers are considering an entirely new set of criteria, and a new set of complications, to measure their results. These revolve around the future liabilities to pension plans, their “funded status” and future cash flows.

“The risks that were a key focal point a year ago were all traditional investment-oriented risks to the exclusion of virtually every other possible risk,” says Cynthia Mallett, vice president of corporate benefit funding at MetLife. “That’s what made the second-year study so striking — that a year could make such a difference.”

MetLife, one of the world’s largest institutional investors with more than $300 billion in assets under management, surveyed 166 corporate plan sponsors among the 1,000 largest defined benefit plans in the United States.

But the 2009 study revealed a dramatic shift in thinking. Liability measurement and the underfunding of liabilities were the two risk factors identified as being the most important, up to No. 1 and No. 2 respectively this year, from No. 6 and No. 3 in 2008.

Why the change in mindset? Blame it on the economic crisis. “When returns were in the double digits, it was hard to make an argument that people should look at anything else,” says Mallett. “But the last two years showed that wasn’t true. We think that memory will probably stick with people for a while.”

Defined benefit plans have some $2.3 trillion in assets under management and cover 42 million plan participants, with 20 million of those being full-time employees.

Under pressure to perform

Also known as traditional or fixed pensions, defined benefit plans pay out a guaranteed monthly amount over the term of the pensioner’s retirement, based on salary and years of service.

Thanks to changing demographics, including the aging workforce and more Baby Boomers entering retirement, plan sponsors are under increasing pressure to generate higher returns to cover the pension bills as they come due.

Pension funds have also come under intense public scrutiny and criticism for their “funded status,” or the amount of money they take in versus the cost of paying out future benefits. Plans that are underfunded have a gap between the value of their investments and the amount in benefits they have promised to workers.

According to a recent study by the Pew Center on the States, state pension funds’ underfunded liabilities now exceed $452 billion and their unfunded retirement health-care commitments stand at $587 billion. The State of New Jersey’s pension system is underfunded by $46 billion, which is costing residents $3 billion a year to make up the shortfall.

This trend has put pressure on fund managers to adopt new investment strategies. “Asset allocation is still important, but instead of being viewed as a benchmark bogey, typically independent and unrelated to the plan, the performance of the assets is now being viewed in the context of how they did relative to the liabilities they’re supposed to be funding.”

The investment road ahead

In the short term, this dynamic may have little effect on actual real estate investment strategies until more reliable liabilities-based tools can be developed in the next 18 months or so. Until then, the diversification aspects of real estate continue to make it an ideal pension fund investment.

“In fact, it’s more important than ever,” says Mallett. “Real estate is a long play, and I expect it to be as meaningful or more meaningful in this context going forward.”

Ultimately, the pension fund industry may have reached a milestone of sorts, concludes Mallett. “Looking back two or three years from now, 2009 may stand out as a watershed year that really marked the first shift from the decades-long reliance on assets toward a more pragmatic, balanced view that brings investment risk and asset measures to a new context. Only time will tell if that actually happens.”