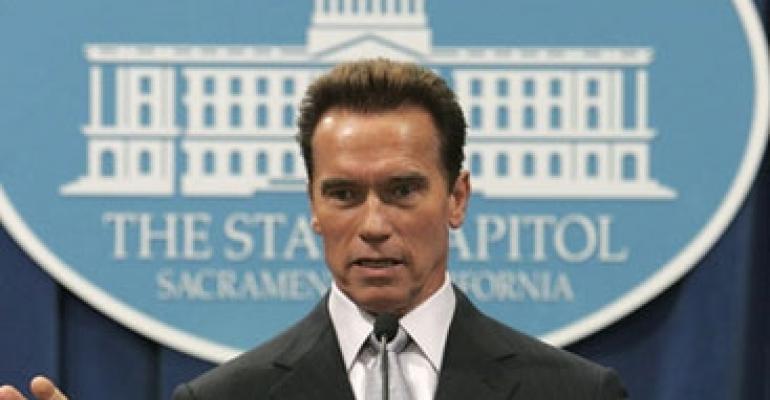 As goes California, so goes the future of institutional investing in the commercial real estate sector.

Why? Because the nation’s two largest pension funds, which control some $26 billion in commercial property investments across the country, are now mired in the State of California’s highly publicized financial troubles.

California’s operating budget has been on the ropes for several years, but planning is now underway for a brand new budget, and the ink is flowing redder than a ripe California Cabernet Sauvignon.

The two funds also mirror the state’s economic woes, but most of the attention is now focusing on CalPERS since it’s the 800-pound investor in the room. CalPERS’ real estate portfolio lost an astounding 47% of its value in 2009, dropping to $13.5 billion.

That kind of asset devaluation has the fund scrambling to maintain its funding commitments to retired employee members. On the heels of Gov. Schwarzenegger’s press conference, CalPERS announced it would seek some $600.7 million in additional funding from the state as its share of retirement costs, an 18% increase starting July 1. Later, the fund’s 13-member board agreed to postpone the request for one year.

“An additional $600 million burden on a state budget that has a $20 billion deficit is imprudent on our part,” California State Treasurer Bill Lockyer told fellow board members.

During its May board meetings, the CalPERS investment committee addressed a number of issues that have a direct impact on its commercial real estate holdings as part of its 2011-2013 investment planning, including an intensive review of the system’s annual 7.75% rate-of-return target. Presently the fund allocates 10% of its total assets to the real estate sector, but that figure could rise or fall based on the committee’s findings.

“We’ll make no immediate decisions but test assumptions for investment earnings,” said investment committee chairman George Diehr. “Are they too aggressive, too pessimistic or just about right? What adjustments might we need to make?”

Market volatility is one thing, but the challenges facing CalPERS have been seemingly endless. Recently it came under intense scrutiny regarding its use of intermediaries hired by investment managers to seek funds from public pension funds, or so-called “placement agents.” CalPERS is now under investigation for $70 million in fees paid by fund managers to a former board member for helping private equity and real estate investment funds to secure billions of dollars in commitments.

A proposed state bill that would curb the use of placement agents and require them to register as lobbyists with the state was defeated in a recent vote. The bill was co-sponsored by CalPERS and California’s state controller and state treasurer.

The big fund also faces pressure when it comes to turning bad investments into good ones. In April, CalPERS lost $500 million it had invested in the $5.4 billion purchase of the mammoth Stuyvesant Town/Peter Cooper Village apartment complex in New York City after it fell into default. Now a group of tenants in the community are hoping that CalPERS will ride to their rescue by reinvesting in the project.

For its part, CalPERS is considering its options, but understandably it already has a lot on its plate.