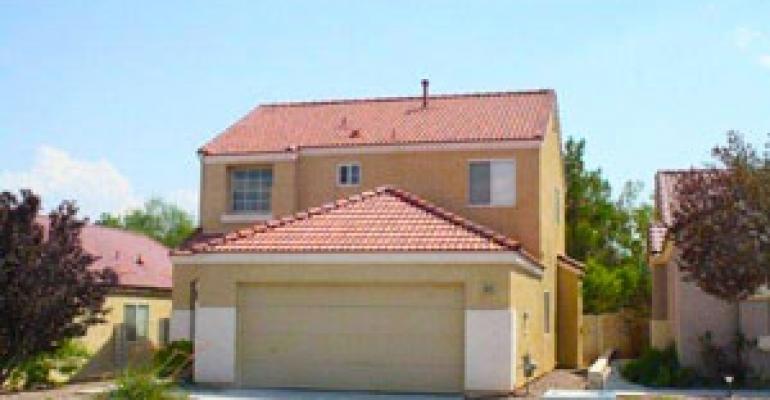 Private equity investors have been pouring into the battered housing market in recent months as investors seize opportunities to buy distressed single-family homes and convert them to rental properties.

The single-family home rental market is a segment that has, historically, been very fragmented both in its ownership and operations. The investment capital now flowing into this sector is changing that dynamic.

“What you’re going to see is a creation of much more professionally managed single-family inventory,” says Gary Beasley, a managing director at Waypoint Real Estate Group in Oakland, Calif. Waypoint came out of the gate early with its REO to rental strategy.

The company has acquired 2,000 single-family homes since early 2009 and has now accelerated its pace of acquisitions by venturing with a private equity partner. Waypoint signed a deal with Menlo Park, Calif.-based GI Partners in December. The private equity firm has committed $200 million in equity and has an option to invest an additional $200 million in the partnership.

But it’s not about buying assets on the cheap and then flipping them. Instead, investors entering the space see a chance to gain a foothold in a growing investment niche and to institutionalize it. The single-family home rental market is currently estimated at between 11 million and 13 million properties nationwide. Yet the vast majority of those homes are owned and managed by small investors.

Why the sudden interest?

In the past, it was too time consuming for large investors to amass portfolios of homes to manage. Properties were only available in one-off sales and auctions. Today, however, investors can buy homes in bulk, meaning portfolios that can generate meaningful income streams can be amassed more quickly.

Banks, as well as Fannie Mae and Freddie Mac, are selling larger portfolios of REO homes. As part of its new REO to Rental pilot program launched earlier this year, the Federal Housing Finance Agency put some 2,490 properties including 2,849 units on the block earlier this year. There are 1,743 single-family homes, 527 condos, seven manufactured homes, one co-op, 118 duplexes, 36 three-unit buildings and 58 four-unit buildings.The winning bidders have not yet been announced, but the first deals are expected to close in the third quarter.

As of February, there were 453,266 residential units classified as REO. Of those, the federal government holds nearly 50 percent of the inventory through Fannie Mae and Freddie Mac and another 9 percent with the Federal Housing Administration. In addition, private label securities hold 33.3 percent of the REO inventory and banks hold 17.5 percent.

Investors also have been aggressive in going after individual sales, buying properties off the courthouse steps in trustee sales, finding properties on the multiple listing service that are listed as bank-owned or short sales, as well as working directly with banks that are moving REO properties off their books. Although the bulk buying enables investors to quickly grow large portfolios, some investors are wary because the portfolios are more competitively bid and properties are spread across a larger geographical area. Operating a dispersed portfolio magnifies the management challenges associated with single-family properties. Management of a large portfolio of individual homes can be a very intensive and cumbersome process. In most cases, investors are managing those challenges by utilizing a combination of technology, third-party management or building staff in a short list of local markets.

Single-family homes are on the radar with private equity investors for good reason. There is a robust pipeline of distressed properties that is allowing owners to buy property at a steep discount—typically 30 percent to 50 percent of replacement cost.

That inventory includes an ample supply of quality middle-class homes in good neighborhoods. Investors are finding that they can buy three-bedroom, two-bath homes, many of which were built in 2005 or later. At the peak of the market, these homes were selling for about $250,000, and now investors are able to buy them at prices averaging between $100,000 and $130,000.

The bargain basement prices certainly create an opportunity for potential appreciation when the housing market eventually recovers. In the meantime, strong demand from renters is creating attractive cash yields. Converting the foreclosures to rental properties is generating returns on an unlevered basis in the high single digits—about 7 percent to 8 percent. Depending on the level of appreciation that a home achieves, investors are projecting leveraged returns that could range from 15 percent to 24 percent.

“From a total return standpoint, we think there is a very compelling return potential here, and we are moving very quickly to continue to buy more homes, lease them up and continue to build our management company,” ays Justin Chang, a principal at Colony Capital and acting CEO of Colony American Homes. Colony Capital plans to reach 5,000 homes by year-end and double that volume to 10,000 by mid-2013.

Santa Monica-based Colony Capital launched its Colony American Homes division in March. To date, the company has invested about $350 million in REO homes. Colony Capital plans to reach 5,000 homes by year-end and double that volume to 10,000 by mid-2013.

Ultimately, Chang expects Colony American Homes to go public as a REIT in the next 18 to 24 months. “We think public equity capital is going to be the right form of capital for this opportunity long-term simply because the opportunity here is measured in the hundreds of billions of dollars,” he adds.

In the past six months, Colony’s new division has grown to 140 employees that are coordinating acquisitions, operations and management of a portfolio of more than 3,000 homes. The current portfolio includes owned homes and homes in escrow in six states including California, Arizona, Nevada, Texas, Georgia and Colorado.

“The reason that we launched Colony American Homes is because we think the opportunity to buy single-family homes is a long-term opportunity,” Chang says. “The right way to create sustainable value is not to flip these homes, but to buy them, fix them up and then build a portfolio for rental over time.”

New York-based GTIS Partners has been investing in the distressed residential sector for about three years. Since late 2009, the firm has been buying land or building lots in master-planned communities in markets such as Chicago and Palm Beach County, Fla.

In July, GTIS expanded that strategy to also buy distressed single-family homes. In its first month, the private equity firm invested about $4 million in the purchase of 40 homes in Las Vegas and Atlanta. “Ultimately, we are looking to invest $400 million to $500 million in this sector over the next four years, when we think this whole strategy will play through and the foreclosure pipeline will be cleared,” adds Rob Vahradian, a senior managing director at GTIS Partners. The opportunistic investment fund currently has $2 billion in assets under management in the U.S. and Brazil.

The distressed housing sector is expected to continue to draw more capital and become increasingly competitive in the coming months. One question is how the inventory of foreclosure homes will hold up to the surge in demand.

Data clearly indicates that there are still millions of non-performing loans and delinquent loans on homes going through the foreclosure process, which will make their way into the REO inventory over the next 24 months. “There is a lot of capital coming into the sector. So whether this is a one to two year strategy or a three to four year play remains to be seen,” says Vahradian.

Some investors believe this is more than a short-term boom, but a longer term opportunity as the single-family rental market gains a foothold as a more established investment niche. “The primary reason that we got into the residential sector, in addition to the distress, is that there are really some compelling demographic trends formulating,” says Vahradian.

“We think there has not been just a cyclical, but a secular shift in home ownership,” agrees Chang. Chang estimates that homeownership in the U.S., which reached about 70 percent during the peak of the housing boom, will likely fall back to 60 percent. That decline represents about 8 to 10 million families that for whatever reason—whether they can’t get credit or may choose not to own again—are now looking to rent a home. “That isn’t to say that homeownership won’t rebound and many of these people won’t ultimately own homes when they can,” notes Chang. “We just think it is going to take longer than people think.”