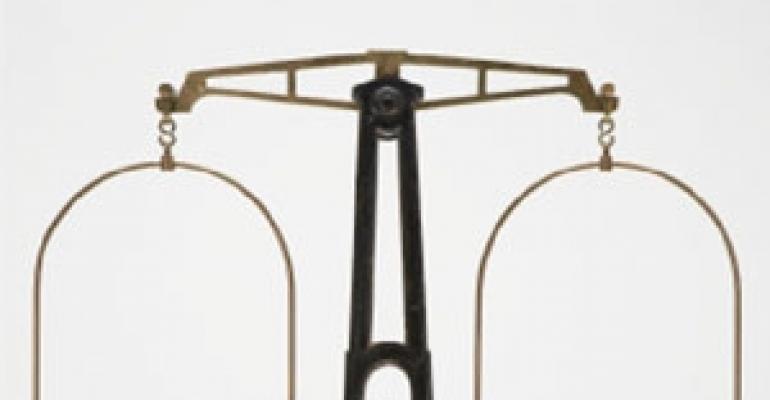 Retail investment sales volume in 2012 might end up flat with 2011’s levels, due to fewer mega deals taking place. But the data shouldn’t be taken to mean that investors’ appetite for retail real estate has cooled.

Though the industry ended the second quarter with sales volume that was 29 percent off compared to the second quarter of 2011, last year’s figures were buoyed by Blackstone’s acquisition of Centro Properties, according to Dan Fasulo, managing director with Real Capital Analytics (RCA), a New York City-based research firm. In the first half of 2012, the industry saw fewer large portfolio transactions—the average portfolio deal size has been $250 million, versus approximately $500 million last year, notes Mark Gilbert, executive vice president in the capital markets group of Cushman & Wakefield. But that’s been largely a function of private equity and institutional buyers not having as many options for purchase.

“As entities are recovering [from the recession and the financial crisis], they are less interested in selling and there is less need to sell,” Gilbert says. “There has been a trend for the public REITs to be selling their non-core assets and assets from around the fringe—these may be assets that are not in the same geographic markets the REITs are investing in, assets that don’t fit present acquisition criteria or they might be smaller assets. What you don’t see happening is REITs selling their very best assets.”

Since large portfolio transactions have the ability to significantly increase overall deal volume, that may mean that 2012 numbers might end up flat with 2011 or up only slightly, according to Fasulo. But investment sales brokers say that on the private investor level, activity continues to heat up, driven by both low interest rates and property fundamentals that are finally showing real improvement.

For example, Christopher E. Maling, senior vice president in the Los Angeles office of Colliers International, estimates that retail sales velocity for his team has increased between 25 percent and 30 percent compared to last year. He expects the trend to intensify in the fall, when the bulk of real estate deals historically get closed.

“People’s perception is that with the renegotiation of tenant leases, everything’s been marked to market, so they are foreseeing huge [rental] growth and future potential,” Maling says. “And because there hasn’t been a lot of development, you are seeing more vacancies being filled. People are very bullish on retail.”

Plus, with the unresolved European debt crisis hanging in the air, Maling advises his clients to close deals sooner rather than later, while they can access debt capital for new acquisitions with relative ease. This summer, most of the world’s focus has been on Greece, but “Spain is really the 300-pount elephant in the room,” he says, and it poses the possibility of disruption in the capital markets if the situation doesn’t get resolved.

In addition, real estate investors have been gravitating toward the retail and industrial sectors recently because in spite of relatively low cap rates, retail and industrial assets still offer the opportunity for healthy yields, compared to office and apartment properties, notes Fasulo. The average cap rate for both multifamily assets and office assets in Central Business Districts is currently at 6.1 percent, he says. In the second quarter, the average cap rate for transactions involving retail assets was 7.26 percent.

“Retail is the property sector that has legs in this recovery,” Fasulo says. “At this point there is a nice, almost historic, pricing spread between apartments and office and everything else, including retail. It’s easy to see why savvy investors like Blackstone are making massive bets on retail and industrial sectors because they believe that spread is going to close over time. There is a lot of smart money buying retail right now.”

In fact, in the second quarter, average retail cap rates nationwide reached a four-year low, at 7.48 percent, according to data compiled by CBRE. The reason is that investors who are not able to compete with powerhouse players like Blackstone in the core markets have begun buying assets in second and third tier cities, says Richard West, national retail valuation group leader with CBRE. As a result, cap rate compression has spread throughout the sector rather than affecting only class-A centers in primary cities.

“It shows a switch in the overall mentality of the buyers,” West notes. “There are plentiful offers on most assets; the days of getting two or three offers on an asset are gone. I don’t expect to see a huge increase in volume this year, but definitely higher than last year—I would estimate [by] 20 percent.”