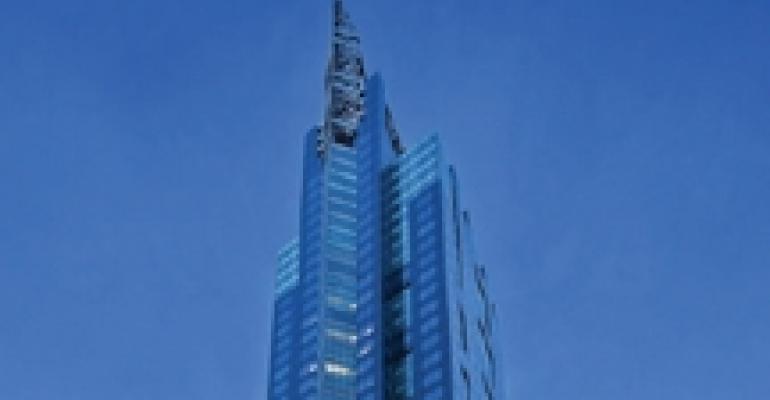 Property Valuations Improve in Primary Markets, but Other Regions Struggle

More than three years after the onset of the financial crisis sent commercial real estate prices plummeting, anemic transaction volume in secondary and tertiary markets still has investors struggling to establish prices and close deals. The most significant uptick in asset values has been limited to a handful of primary markets that offer the least perceived risk to investors.

But that could soon change, according to Dan Fasulo, managing director at New York-based researcher Real Capital Analytics. Rising sale prices in top-tier markets, the result of intense bidding, are pushing investors to smaller cities in search of yield.

In 2011, he expects transaction volume and price discovery to surge in secondary markets. “The price spread between primary and secondary markets has opened to almost a 10-year high, and that will drive investors out on the risk spectrum to capture those deals,” says Fasulo. “It always does.”

If that prediction holds true, this year will bring new opportunities for both buyers and sellers who have held out for a clearer indication of real estate values outside the confines of the primary markets. As the second quarter begins, however, researchers say it is still too early to call a bottom in prices at the national level.

As of January, asset values across commercial properties were on average nearly 43% below the October 2007 peak, according to the Moody’s/REAL National All Property Index. The index tracks repeat sales of office, apartment, retail and industrial properties valued at $2.5 million or more.

Sales of distressed assets account for a full 25% of transactions in recent months and are weighing down the average. Foreclosed properties and those with insufficient cash flows, or other forms of distress, have sold at prices averaging 54% below the peak.

Until the mountain of distressed assets has moved through the system, the index is unlikely to exhibit strong price gains, say Moody’s researchers.

The precipitous slide in commercial real estate prices slowed in the fourth quarter of 2009, but average prices have bounced up and down for more than a year without forming a consistent move toward recovery.

In January, the Moody’s index showed prices up only 4.2% from August 2010, which was the low point in the cycle so far.

“There are indications of the market forming a bottom, and that’s certainly been our take on things recently,” says Nick Levidy, managing director at Moody’s Investors Service. “Still, there’s no firm conviction showing here and it remains to be seen when that price recovery materializes.”

Primary markets did turn the corner in the fourth quarter of 2009, however, and are leading the way to recovery. Prices for stabilized, high-quality properties in primary markets were down less than 19% in January this year from the peak of October 2007, according to Moody’s.

For now, however, the split between primary markets and the rest of the nation has investors divided and looking at asset values from widely divergent points in the business cycle.

The sale history of 1540 Broadway in Manhattan offers keen insight into the price trends in the nation’s primary markets, according to Jeffrey Rogers, president and chief operating officer of appraisal firm Integra Realty Resources.

Subsequent sales show the building’s value increased to $580 per sq. ft. in 2004 and $700 per sq. ft. in 2006, when prices became extremely frothy due to competitive bidding. The asset reached its peak price in 2007 when Harry Macklowe paid $1,067 per sq. ft. for the space. U.S. commercial property values peaked in October of that same year.

Macklowe’s acquisition passed through foreclosure to the lender, Deutsche Bank, which sold the building near the end of 2009 to CB Richard Ellis Investors for $392 per sq. ft., or 63% less than the previous sale price.

“That’s not extreme. In fact, that mimics the market,” Rogers continues. “It’s also a good lesson that CBRE Investors got a good deal in 2009 because it was willing to take a risk.”

In 2011, risk taking is growing more common in the primary markets, according to Marc Shapiro, managing director and head of the real estate valuation group at Annapolis, Md.-based FTI Schonbraun McCann Group.

Due to intense competition for stabilized assets, investors have already widened their net to include properties with limited vacancy, which offers the potential to add value through leasing.

“We’re seeing a willingness of buyers to underwrite rent growth more so than they would have in the last 12 to 18 months,” says Shapiro. “Because there have been so few prime assets offered at bargain prices, they’re looking at value-add opportunities. That means secondary markets and Class-B and C properties.”

Investors who are intent on acquiring the best assets in primary markets may even overpay because of increased competition, Shapiro predicts. “We might see a mini asset valuation bubble in some markets that become overheated in 2011.”

Capitalization rates have fallen to nearly 5% on recent transactions in Manhattan and Washington, D.C., according to Fasulo of Real Capital Analytics. That reinforces his belief that investors will be driven to new pastures this year. “Even REITs can’t afford to buy at that level.”

The rest of the nation

Investor James Hopper assumes that meaningful absorption and rent growth won’t return for several years to the secondary markets where he works.

The president of Northridge, Calif.-based Asset Management Consultants, Hopper finds that sellers and appraisers are often too optimistic in their treatment of vacant space, inflating asking prices beyond levels dictated by existing cash flow. For example, an office building with 15% vacancy might be valued as if it were 10% vacant.

“I don’t give any value to vacant space today. Who knows in today’s world whether you can lease the space, and when?” says Hopper, whose company owns about 40 office and industrial properties in California, Texas and other Western U.S. markets.

“I’m just going to pay what I’m going to pay for [a property] based on the in-place income. We’re more interested in cost per square foot and the return on our investment than we are in an appraised value.”

Buyers and sellers are still trying to discover acceptable pricing in the secondary and tertiary markets, and there is little sales data to help them so far, according to Fasulo of Real Capital Analytics.

Loan originations for commercial mortgage-backed securities are beginning to fund deals outside the primary markets, too, which should boost transaction volume and provide more sales to establish price comparisons.

“There just haven’t been that many transactions yet, but that’s slowly starting to change,” Fasulo says. “We should get price discovery in secondary markets this year.”

As valuation expert Rogers of Integra Realty Resources sees it, commercial properties are transitioning to a growth cycle. “Commercial real estate values in general, across the U.S. and across all property types, are certainly on the mend,” he says.

Apartments are leading the recovery. Nationwide, multifamily asset values in January had climbed nearly 20% from their low and were down less than 28% from the peak, Moody’s reported.

The degree to which property values across the other commercial real estate segments will begin to recover in 2011 is more difficult to predict, according to Levidy, the Moody’s managing director.

While improving property cash flows have the potential to boost values this year, there is a risk that cap rates will rise and hold prices down.

“Those two factors are in some tension at this point,” says Levidy. “It makes it a little difficult to call what’s going to be happening down the road.”

Matt Hudgins is an Austin-based writer.

Complacency is not an option for appraisers

That’s why organizations like The Appraisal Foundation and the Appraisal Institute provide regular education programs to their members.

Yet of the 92,000 licensed appraisers in the United States, only about 30% are members of any professional appraisal organization, says John Brenan, director of appraisal issues at The Appraisal Foundation. The national organization is authorized by Congress to set appraiser standards and qualifications.

Without a group affiliation, appraisers may have little exposure to innovations in their industry. “Where they get their sense of what’s going on in appraisal land is not clear,” says Brenan.

That’s why The Appraisal Foundation established the Appraisal Practices Board in July 2010. The board provides guidance to all appraisers — not just members — about new techniques and trends such as valuation for green buildings.

Indeed, while an appraiser’s approach to establishing value remains the same, the tools and methods available to apply those principles are improving with new technology.

Licensed appraisers need to stay on top of innovations to better compete against the rising phenomenon of broker price opinions. In 2010, opinions by real estate brokers accounted for about 12 million of the 30 million valuations performed in the U.S., according to Mark Linne, executive vice president of San Jose, Calif.-based AppraisalWorld, an online appraisal services portal.

“Technology brings you the ability to be more efficient and keep your price point low in delivering a product,” says Linne. “If we’re going to compete, it’s all about technology.”

Later this year, the Appraisal Institute will offer a course in quantitative analysis software, according to Joseph Magdziarz, president of the organization. “The market is going in that direction, and it’s imperative that we train our people in what the market is looking at.”