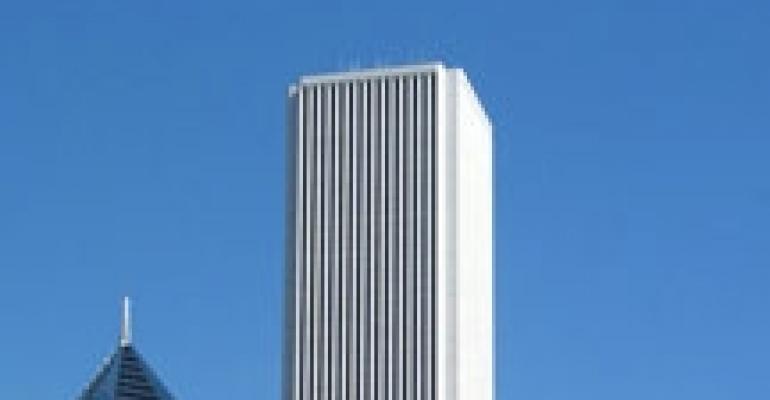 As a bevy of new private real estate firms go public, there is an increasing sense that commercial property prices are likely to escalate in the short term. “To the extent more IPOs [initial public offerings] get done and there is more money chasing deals, this will likely drive prices up,” says Michael Blair, a partner with Chicago law firm Mayer Brown.

Call it a sort of perfect storm. The largest property buyers in the last frenzied market cycle, private equity funds, are fighting a losing battle these days when it comes to raising money. According to researcher Preqin, these funds raised only $9.8 billion in the first quarter of 2010, down 37% from the same period a year ago.

Publicly traded REITs, on the other hand, raised more than $30 billion in 2009, the most in 12 years. According to Michael Grupe, executive vice president of research at the National Association of Real Estate Investment Trusts (NAREIT) in Washington, D.C., REITs may raise even more money this year.

Now initial public offerings of REITs have become the flavor du jour, as the stock market shows little sign of turning bearish. As of April 20, the Bloomberg Real Estate Investment Trust Index, which tracks the stock prices of 111 publicly traded REITs, was up 11% year to date, after climbing 23% for all of 2009.

Why all the fuss? “They want to go public because they recognize the best place to raise capital today is in the public markets,” says Ron Sturzenegger, managing director and global head of real estate, gaming and lodging at Bank of America-Merrill Lynch in San Francisco.

While much of the capital REITs raised in 2009 was used to shore up balance sheets and pay down debt, capital raised in 2010 will most likely be deployed in property acquisitions.

Essentially, private real estate firms are gearing up and raising money to go public in two distinct ways. The first is a so-called “blind pool” where the goal is to raise a pool of capital, $200 million to $500 million, to pursue distressed assets.

Another, much larger group of capital raisers includes private firms that already own assets and want to access the public markets. According to Sturzenegger, this group will be most active through the latter part of 2010.

Not to be forgotten are the existing public REITs, which may find properties to buy and need to tap the equity markets again to pay for them. Sturzenegger says this group will be most active in 2011 and 2012.

But will there be enough product to satisfy this huge pool of buyers, and could a bidding war for those properties occur? The industry seems a bit divided on the answer.

“To the extent that properties are put on the market, there are quite a few bidders since there are so many people, both public and private, looking to put their capital to work,” says Blair. “This seems to be driving up prices, although there are still so few deals that it is hard to draw firm conclusions.”

Others believe that any bidding wars will be mitigated thanks to a more selective group of buyers. “My crystal ball says we will see an increase in activity this summer combined with another surge of properties being brought to market at high price levels,” says David Steinwedell, a principal with Austin-based Stoneforge Advisors, a private investment fund. “A pause will occur for the balance of the year as buyers decide if the new pricing is really justified.”

There has been little pause in the number of private companies seeking to go public, however. While many prospective REIT IPOs were reduced in size or canceled outright earlier this year, activity is heating up once again.

Six firms priced their initial offerings on April 21, the most in a single day since Nov. 8, 2007. However, results from the two most recent IPOs were a mixed bag. Chatham Lodging Trust achieved its goal of raising $150 million in an IPO on April 15. But Excel Trust, a shopping center REIT, raised $210 million in its IPO on April 23, some 22% less than its target of $270 million.

Another industry subset, non-traded REITs, which file public offerings with the Securities and Exchange Commission but sell their shares through financial advisors and are not listed on a public stock exchange, have also seen an explosion in new offerings.

According to Blue Vault Partners, an Atlanta-based research firm that tracks non-traded REITs, there are 17 new investment programs now in the early phases of filing offerings worth an estimated $30 billion.

In February, Piedmont Realty Trust, the former Wells REIT, one of the largest of the non-traded REITs, went public on the New York Stock Exchange, raising $180 million.

Steve Pumper, executive managing director with Transwestern Commercial in Dallas, agrees that the REIT IPO trend will bid up prices on selected assets this year. Pumper also predicts that while more stabilized properties will be put on the selling block in the second half of 2010, investors should not look for a deep pool of distressed opportunities until 2011. “Conventional wisdom is that patience will be rewarded.”