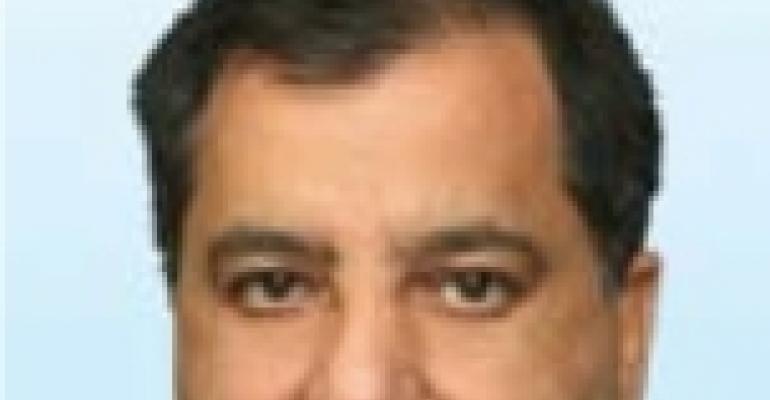 Roundtable: Industry Experts Have Hopes for 2011

When it comes to forecasting the future, it’s rare to get a consensus among retail real estate professionals. Yet as 2011 inches closer, most real estate economists and investment sales brokers agree that brighter days are on the horizon.

The improvements will include more liquidity in the debt markets, a significant thaw in investment sales and banks increasingly unloading distressed debt and assets.

What this will mean will be deals, deals and more deals. While volume won’t come close to matching the heady boom years, we are looking at investment sales potentially doubling in 2011 compared with 2010, which would put the industry where things were in 2004.

Retail Traffic: How has the investment sales picture changed in 2010?

Cooper: For us, it’s been a spectacular year. In 2009, transaction volume was very low, so it’s a very dramatic increase. I know we’ve closed 20 transactions already and we have a number of pretty decent transactions under letter of intent. We have a number we are coming out with that will close in 2011.

Foroughi: Obviously we are doing better than last year as a company. The kind of transactions we do, it’s a lot of single-tenant transactions and typically the dollar amount is under $3 million. These are the transactions that are happening right now and people are willing to pay a good price.

RT: How much investor demand is out there right now for retail properties?

Foroughi: Based on my experience, right now there are a lot of buyers out there with cash in hand looking to buy retail properties. But obviously, most people are looking for class-A, or value-add or a better cap rate.

Cooper: There is a tremendous amount of demand out there. It’s been pent up over the last three years because not much product has traded. The institutions are only really looking for class-A and that will continue through 2011. There is still tremendous demand for B and C and distresses assets. It’s all entrepreneurial, private money and it’s plentiful.

Pontius: The demand from investors is significant. There are preferred product types and multifamily might be hotter than all of them. There is a flight to what is considered stable and retail can fill that if it has the right characteristics. If it has a credit anchor, in a community that has the right demographics, the demand for quality retail today is as strong as it’s ever been. The issue with retail is that it’s very fractured—in one case, it’s best of class, in another case you are talking about a retail center that followed the path of housing growth. The thing that retail in general benefits from is it’s very location sensitive—if I command the right corner, my security going forward is going to be better than any product type.

RT: Do you think investment sales volume in 2011 will increase compared to this year?

Bach: Yes, and I think it’s going to be a pretty substantial increase. I am going to say 50 percent in terms of dollar volume, both for all commercial real estate asset classes and for retail. Retail will probably mirror the overall picture. We asked our investment clients, “What is the new normal in terms of total transaction volume?” and they said 2005. We might not get there next year. But by 2012 we probably will.

Pontius: It’s always a little bit hard to predict, but the capital flows are not going to shrink, the debt opportunities are going to expand and I also think that you’ll see a higher volume of distressed sales next year. When you put all of these factors together, you can expect a higher volume of transactions in 2011. I don’t think growth of 20 percent to 25 percent in transaction counts is out of the question at all. In fact, I expect it. Dollar volume could be up 30 percent to 35 percent or greater.

Foroughi: I think that in 2011, the dollar volume is probably going to be better than in 2010. Once again it all depends on the banks, but we are hearing that the banks have started giving loans, financing is slightly easier than before and investors are not disappointed that lenders are asking for unreasonable documentation. I think in 2011, investors will continue to look for deals as the cap rates are firming up for different kinds of properties.

RT: Cap rates on core assets actually came down in the past year and there are predictions that they may compress further. Are you at all worried that we are coming back to where all the trouble started in the mid-2000s?

Pontius: With the Fed’s recent activity, cap rates have room to compress further a little bit. I say a little bit because otherwise it will become an unsafe bet.

Cooper: It doesn’t worry me. You might look at a deal that is a 6.5 percent cap rate today and the underwriting criteria on that is probably different today than it was back in 2006. The buyers are underwriting it more conservatively. So I don’t think we are over-valued. I think we have a long way to go before that happens.

RT: Has the lending environment improved at all? Can borrowers get the financing that they need?

Pontius: I definitely feel that momentum is continuing to build. There is a continued, albeit moderate, pick-up in confidence. It’s not so much that the economy will be red hot, but that it’s found its footing. Even if the recovery continues to be slower than we would all like, there is a greater confidence that we are in a gradual upswing. That’s driving the market on both the equity and the debt side of the ledger. If it’s the right property the lenders are very active today. They are just selective, as are the investors.

Bach: There is capital available for the right property. It’s typically an existing property, well-tenanted with strong anchor tenants and good inline shops in a strong trade area. It kind of fits the profile of high quality properties investors have been looking for.

Cooper: I think the biggest thing on the credit side has been that lenders have become increasingly interested in doing retail financing transactions. They are still doing it with tougher underwriting criteria than they did during the heyday, which I think is a positive for the market overall. But the lenders are all looking primarily for the core product and there is still not a lot of debt for the B and C properties. There is hardly any debt at all for the distressed assets.

RT: This year we’re finally seeing some movement on CMBS issuance. What are your projections for CMBS volume we are likely to see next year?

Bach: Unquestionably, CMBS is coming back. There seems to be investor appetite for it. We’ll see a good jump in volume from this year.

Pontius: I think CMBS could easily double, or do even a little bit better than that—somewhere between $20 billion and $30 billion. It will grow substantially in 2011, but obviously we are still a far cry from where the heyday was.

RT: Do you expect that banks will start disposing of distressed assets next year? And if they do, will there be sufficient investor demand for those properties?

Cooper: I think there will be more distressed assets on the market in 2011. It will be a combination of small assets and some larger assets. I think some of the lenders were afraid of the loan losses [before], but in 2011, they will have had time to build up reserves. The smaller deals are already being disposed of through auctions. They are being sold on an all-cash basis. I think you are going to see more of that.

Pontius: They will, but it will be mostly lower grade assets because the higher grade assets are much more likely to be restructured as opposed to sold off at a discount. And there will be heavy demand, because there is the whole opportunistic class of investor that if they can acquire a troubled asset at an appropriate price, there will be high demand. The question is whether the clearing price is at a point where the seller and the investor can agree. I believe the capital is there, but it will be spotty in what clears and what doesn’t clear because that capital is looking for a combination of minimizing risk and maximizing return requirements.

Foroughi: I believe the banks will start to dispose of distress. They tried to work it out within the past couple of years, but it’s going to come to a point where they’ll have to let it go. And absolutely, there will be buyers. We don’t have a shortage of money.

RT: Looking forward, what factors do you worry most about that can derail the recovery in the retail real estate sector?

Pontius: The most foreseeable risk is that the economy still has a hard time finding something from the private sector that creates explosive job formation. There is still a sizeable amount of homes that are underwater. That hits the consumer. So if you combine the housing market problems with stubborn high unemployment and it becomes a lingering thing after the first quarter of next year, you will see some loss of confidence next year.

Bach: There are all kinds of potential things that could jump up to change the forecast. If inflation came back, we would be on a different path.