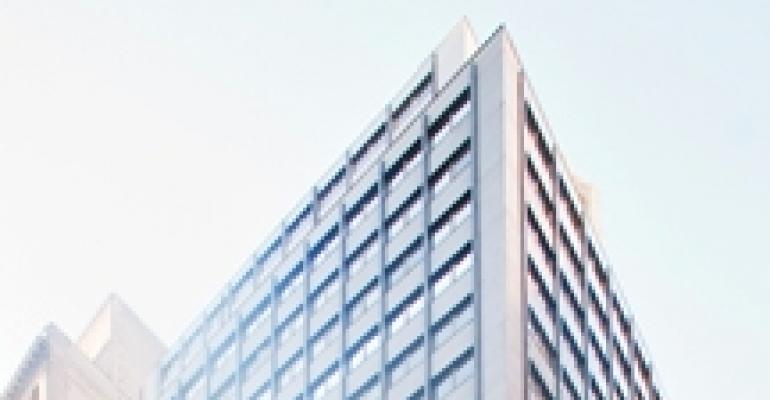 Why has it added so many flashy Manhattan properties to its portfolio? “New York is one of the largest, most liquid markets in the world,” explains Bienstock. “Many of the drivers of New York’s economy, including finance, tourism, health care, education, advertising and technology — have stabilized and are showing signs of increasing health.”

The managing partner provided detailed insight into the private equity fund’s strategy and market analysis. Job losses have eased to a third of the amount projected a few years ago, says Bienstock. “Firms have begun hiring again. Meanwhile, rents have corrected on a net effective basis by 30%-40% and values have been hammered by similar percentages.”

Buyers and sellers are cutting deals. “The market is transacting again, leases are being signed with increasing scale and velocity and investment sales have returned. So we see this is an unusual period in time where we can acquire extraordinary real estate in one of the most attractive markets in the world at a very low basis, because of the financial crisis,” says Bienstock.

“We don’t underwrite dramatic, near-term improvement. But at our basis, things don’t need to improve for us to make our target returns. But if things do improve, we have put ourselves in a position to do extremely well for our investors.”

Responding to the inflection point
Savanna Fund I had more than $100 million in uninvested capital through 2009, but sat on the sidelines as the market stabilized, the managing partner says. “In 2010, we began to see both compelling opportunities develop and signs that the market had hit an inflection point. We bought 386 Park Avenue South and 104 West 40th Street in Savanna Fund I in the first half of 2010 and continued to make investments in the second half of the year in Savanna Fund II.”

Asked whether the purchases were made at a discount to the peak values of 2006 or early 2007, Bienstock says the private equity funds have indeed seen their share of bargains. “We have seen the opportunity in Fund II to purchase entire first mortgage positions at a discount. We are often using those positions to take ownership and/or control of the asset at a compelling basis,” he says.

“At our new, reduced basis for Fund II, we can sign leases at today’s market rents (which are off 30%-40% on a net effective basis from the peak) and make the kinds of 20%+ returns and 2.0 equity multiples that we are targeting.

“For example, we bought the debt on 5 Hanover Square for about 70% of the outstanding balance. We did a cooperative deal with the owners to take title to the property. At our reduced basis, we can recapitalize the building, invest significant dollars to improve it and sign leases at today’s market rents and make our target returns.”

Savanna Real Estate Fund II surpassed its $400 million target with its final closing of approximately $550 million, notes Bienstock, with Park Hill Real Estate Group LLC acting as the firm’s placement agent. “Their relationships helped Savanna broaden our base of institutional investors in the U.S., Europe and Asia during a very difficult period for fundraising,” he said.

Over 50% of Savanna’s investors are offshore, notes Bienstock. The investors come from many countries across Europe and Asia and represent a cross section of public and private pension funds, foundations, fund of funds and wealth management companies.

Do more deals lie ahead? Yes, says Bienstock. “We would hope and expect to continue to invest in the same types of deals that we have done throughout the past 12 months over the next 12-24 months.”