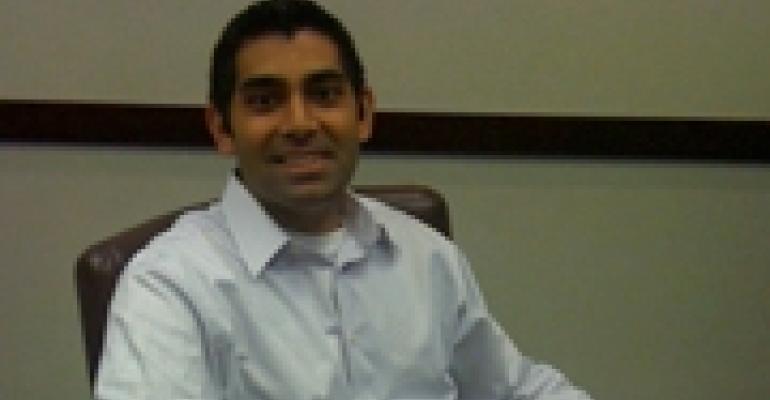 The Secret to His Success

How one NYU Schack Institute of Real Estate student landed a job, despite the odds.

Zain Sayed will graduate this spring with a master’s degree in real estate from New York University’s Schack Institute of Real Estate. What makes the 27-year-old unique is that not only has he already landed a job in commercial real estate, but he has landed a job in his chosen field before graduation in a market that has seasoned professionals looking down
in the mouth.

“As soon as I entered the school, my goal was to obtain a position working on the investment side of real estate. Basically the school gave me a lot of tools,” says Sayed, who entered the NYU
master’s program in the fall of 2008 and signed up for the school’s alumni mentoring program.

Over time he built a relationship with his mentor, an employee at MetLife. In October 2008, he attended an undergraduate career fair at the school where he secured contact information for the human relations department at MetLife and passed on his resume.

Miraculously, the student’s resume landed on his mentor’s desk. So by February 2009, even before his NYU graduation, he accepted a job as an associate at MetLife Real Estate Investments, and became a part-time student to finish his degree and get to work.

In the end, Sayed picked NYU because “you’re able to interact with industry leaders, people who are in the trenches and doing the type of stuff that you’re learning about in class.”

Networking was always a critical part of job hunting, says Naomi Zeliger, associate director of career management at NYU. “But it’s even more crucial today because employers are getting hundreds of resumes for one job description.” They prefer to hire based on referrals rather than wade through hundreds of applications, she says.

Zeliger hosts workshops and one-on-one meetings for students and graduates to discuss various career-related topics, including resume and cover letter critiques, job search strategies, interviewing skills and career planning. Landing any job, even for those who do all of the right things, takes six months to a year in the current environment whereas it only took a few weeks to six months when the economy was buzzing.

But NYU students do have some advantages. For one, the school hosts a job board exclusive to students and alumni. The board is filled with postings by alumni who want to return the leg up on a first job that someone gave them. It is also populated with commercial real estate firms that value the NYU degree, which offers specific real estate concentrations, including construction management and finance and investment.

Zeliger offers one more piece of advice: Turning up your nose at any job offer is not likely the wisest choice, especially when a job provides chances to pick up new skills or industry contacts. Those benefits can lead to better positions once the economy eases up, she says. “The dream job may be a long time coming.”