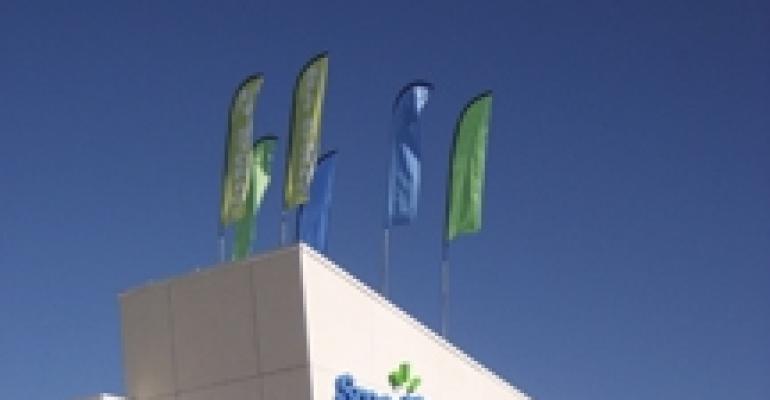 Self-storage may not be the most glamorous sector of the commercial real estate industry, but this niche has been dazzling investors with impressive returns and a stellar outlook for 2011 and beyond.

Top self-storage owners are now moving full steam ahead with solid balance sheets and a formidable plan for growth as occupancies and rents show signs of improving.

“The tone in the industry for 2011 is pretty bullish,” says Dave Rogers, CFO at Sovran Self Storage. The Buffalo, N.Y.-based real estate investment trust (REIT) operates 377 self-storage facilities in 24 states under the name Uncle Bob’s Self Storage.

The larger players in the self-storage industry, Sovran included, are forecasting a 2% to 3% increase in same-store sales growth in 2011, and an even better increase in net operating income in the coming year.

Despite their size, self-storage REITs have enjoyed much the same success as the overall sector over the past two years. Many REITs have restructured, improved their balance sheets, and helped pique the interest of investors who were flocking to dividend-producing stocks.

The self-storage REITs posted total returns of 29.3% in 2010, while year-to-date returns for the first two months of 2011 have already topped 10%, according to the National Association of Real Estate Investment Trusts.

In comparison, the equity REIT sector as a whole posted returns of 28% in 2010, while the average total return for companies traded on the Dow Jones Industrial Average was 13.8%.

Although a few players have amassed large portfolios, the self-storage sector remains highly fragmented. Currently, there are about 50,000 self-storage facilities in the country. The top 10 largest firms in the industry, including the four public REITs, own only 13% of the total self-storage market.

Operators that have three or fewer properties own the vast majority of properties, or 83% of the market. “What’s happening in our sector is a haves versus the have-nots scenario. The individual players are not doing as well as the larger players,” says Rogers.

Larger owners in particular have been able to take advantage of a growing Internet presence to lease and market their facilities, and they also are able to spread costs such as management fees across a larger portfolio. Larger companies also are in a better cash position to both weather the decline in vacancies and rents, as well as fuel additional growth.

Case in point: Glendale, Calif.-based Public Storage, which is by far the dominant player in the sector with a market capitalization of $18.9 billion, is in a strong position to grow its portfolio in the coming year.

“They are sitting on a lot of cash on their balance sheet and should generate in excess of $400 million of retained cash flow that can be used to fund new investments,” says Michael Mueller, an executive director and analyst at J.P. Morgan Chase & Co. in New York. Mueller tracks only one of the four publicly traded self-storage REITs, Public Storage.

Self-storage REITs have not been immune to feeling the pinch of the recession. While the average occupancy rate among self-storage properties reached 82% in the first quarter of 2011, that’s well below the 92% occupancy rate attained in the first quarter of 2007 before the recession hit, according to Los Angeles-based Self Storage Data Services Inc. The firm tracks data from more than 6,000 facilities around the U.S.

Occupancy within the self-storage sector is seasonal. The high season typically runs from late April through mid-October, while both fourth and first quarters are the slowest times of the year for leasing.

Although occupancies show signs of stabilizing, newer facilities that were built in 2006 and 2007 continue to struggle with low occupancies of 30% to 40%.

Unlike office or industrial developments that often conduct pre-leasing, self-storage properties often open for business with zero lease commitments and can take three to four years to fully lease in a challenging market.

The larger companies have benefited from economies of scale and operating efficiencies that have helped them weather the decline in occupancies and rents over the past two years. “With scale, we are able to save on operating costs certainly. We all have call centers, which means a great deal to our retail business,” notes Rogers.

The bigger companies also have the resources to take advantage of Internet marketing, which has helped them to pull business away from some of the smaller operators. “The bigger guys are poaching business from the smaller guys,” he adds. “I think that is going to become more and more of a factor going forward.”

Although many of the smaller self-storage companies are still focused on survival, the larger firms are working to identify acquisition opportunities. The top self-storage companies — both public and private — are pushing forward with major growth initiatives. Firms expect to capitalize on improving occupancies and rents, acquisition opportunities and the expansion of third-party management assignments.

Yet few firms are looking at new development as the industry continues to focus on absorbing excess space. “There is not a lot of new supply expected to come on line in the next couple of years,” says Todd Thomas, a senior analyst at KeyBanc Capital Markets in New York. Thomas tracks all four of the publicly traded self-storage REITs.

“Part of that decline is because builders are risk-averse and financing is more challenging, but the bigger issue is that there is a lot of supply out there,” he says. The pullback in new development will help absorption as both occupancies and rents stabilize.

Self-storage properties operate with monthly lease commitments, which benefits the sector during times of economic expansion. “Self-storage certainly fits into that bucket where there is a quicker mark-to-market to reflect improving market conditions,” Mueller says.

“We think that they have seen their fundamentals stabilize, and now the sector is poised to continue growing,” agrees Thomas. On average, publicly traded REITs are expected to increase rents as much as 6% to 9% for some tenants.

“I’m seeing signs that we’re going to see a very busy, strong season. That will bode well for our ability to reduce concessions and increase rents,” says Michael Schwartz, CEO and chairman of the board of directors of Strategic Storage Trust Inc. based in Ladera Ranch, Calif.

The publicly registered, non-traded REIT currently owns 55 properties in 16 states and one location in Ontario, Canada that operate under the SmartStop Self Storage brand.

During the first quarter, Self Storage has observed fewer move-outs, rising occupancy on a year-over-year basis and even slight increases in rent collections.

Currently, the average occupancy rate across the Strategic Storage Trust portfolio is approximately 80%, which includes some of the newly developed properties the firm has acquired that are still in the process of lease-up.

The big get bigger

Self-storage REITs are expanding their brands on two fronts — acquisitions and third-party management assignments. For example, all four of the public REITs added to their portfolios in 2010 and are expected to boost holdings in the coming year.

Public Storage acquired approximately $250 million in new self-storage properties last year, and the company expects to meet or exceed that level of acquisitions in the coming year. In many cases, the REIT is buying existing facilities that are not fully stabilized and leasing them up.

“You have seen transaction activity increase for Public Storage and the broader real estate industry in 2010, and the expectation for 2011 is even greater,” says Mueller.

Strategic Storage Trust is focused primarily on acquisitions as a means to grow its portfolio. The publicly registered, non-traded REIT has been buying properties with all cash for the past 24 to 36 months. Now the plan is to put about 50% debt on those properties to help finance additional acquisitions.

Strategic Storage Trust is finding more buys among distressed owners who face maturing loans on their properties and don’t have the capital to put additional equity down for new loans. “We’re seeing opportunities to pick up Class-A self-storage properties in good locations that are at or below replacement cost,” says Schwartz.

For example, the company has been able to buy properties that are 50% to 55% occupied at capitalization rates of 7.5% to 8%. Cap rates have been ranging between 8% and 10% on stabilized properties with occupancies between 70% and 90%.

Most companies rebrand those managed properties under their own operating name, which allows them to grow the chain without having to deploy extra capital.

In addition, to collecting management fees and expanding brands, the growth in third-party management assignments helps the REITs to spread out operating costs “To some extent that also will act as a channel to acquire properties as well,” adds KeyBanc’s Thomas.

Extra Space is one REIT with a growing portfolio of managed facilities. Currently, 160 of its 820 facilities are managed for other owners, and Extra Space expects to add another 50 managed properties in 2011.

All of these strategies bode well for a continued strong performance in the coming year as the economy continues to gain momentum.

“The self-storage industry is an early cycle lease sector,” notes Thomas. “They saw their fundamentals decline rather quickly at the onset of the recession, but now they have snapped back rather quickly on the upside.”

Beth Mattson-Teig is based in Minneapolis.