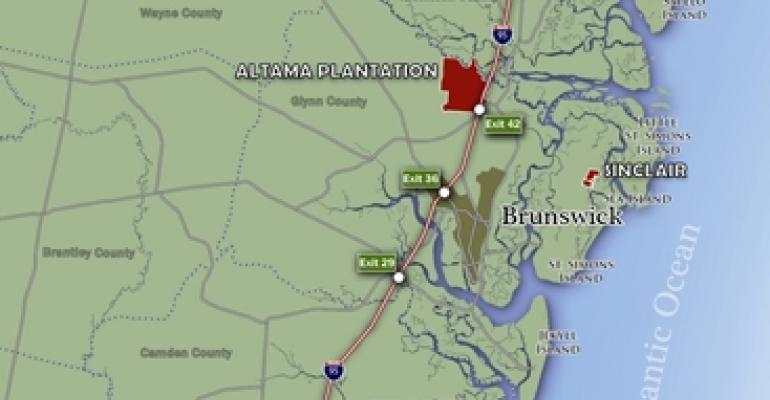 Land investments don’t usually rank near the top of most institutional investors’ wish lists, but one Texas fund manager is hoping to leverage its 25-year track record of delivering high returns in land investing to raise some $750 million.

Dallas-based Stratford Land launched its latest land investment fund, Land Fund IV, earlier this year, and has already raised $330 million. Its three previous funds have raised a combined $480 million, but Stratford is ramping up its activity to take advantage of market opportunities and what it hopes is an increased institutional investor appetite for land.

“Because most of the funds and most of the investors don’t really do land as a primary focus, it really does provide us with a unique opportunity to pick up some assets that people might not realize are out there,” says Kevin Watson, president of Stratford’s land investment division.

Certainly land prices have become more attractive. Average land values across the country have plummeted by 58% since their peak in 2006, according to the Lincoln Institute of Land Policy, a think tank based in Cambridge, Mass.

“We’ve really made a very strategic decision in choosing those particular markets,” says Watson. “It’s not that we don’t like a particular market or region. We just think that the prospects for future growth are best in the markets in which we operate.”

Stratford’s clientele includes pension funds and other institutional investors, high-net-worth individuals and endowments. Stratford’s principals invest their own money in the company’s funds as well.

Its typical holding period is from three to seven years, which fits the long-term time horizon for many institutions. During its holding period, the firm coordinates the zoning, entitlement and infrastructure process, all designed to prepare the land for sale to builders and developers.

Institutional investors are attracted not only to Stratford’s single-minded focus, but moreover to some fairly attractive returns. Watson notes that previous funds have generated average returns of at least 20%, and he expects similar returns over the life of Fund IV.

“When the institutional guys look at it, it’s an opportunity for them to have a non-core asset with a manager who’s had a really good track record and provides them with very attractive risk-adjusted returns,” says Watson.

Stratford sources its deals through local offices in six markets — Dallas, Phoenix, Atlanta, Denver, Jacksonville and Raleigh. “Most of the people in these marketplaces really do know who Stratford is. When they’ve got a land asset that needs to be moved, they think about us,” says Watson.

In June, Stratford hired Gina Norris as president of its lending division. Norris is charged with creating a lending program within Land Fund IV, worth an estimated $150 million, directed to builders and developers who want to build projects on the firm’s land holdings. The average loan size is $3 million to $20 million and the financing is non-recourse.

Norris has local loan officers in Dallas and in Phoenix, with another slated to be placed in Atlanta by summer 2011. “It’s a great time to be doing this,” says Norris. “We are finding a lot of interest in our product.”

Her goal with Fund IV is to create something a bit unique for investors. “By adding the lending component to Fund IV, we’ve added a small dividend-like current yield for our investors while they patiently wait for those higher returns on the land portfolio. Many of our investors like that cash-flow component.”

Fund IV is expected to stop accepting new investments by the end of 2011. For the next two to three years, Stratford will be in full acquisition mode, then it will begin to sell off land to builders and developers.

“We think the buying opportunities, as we look at them right now, are as good as anything since the late-1980s on a nationwide level,” says Watson.