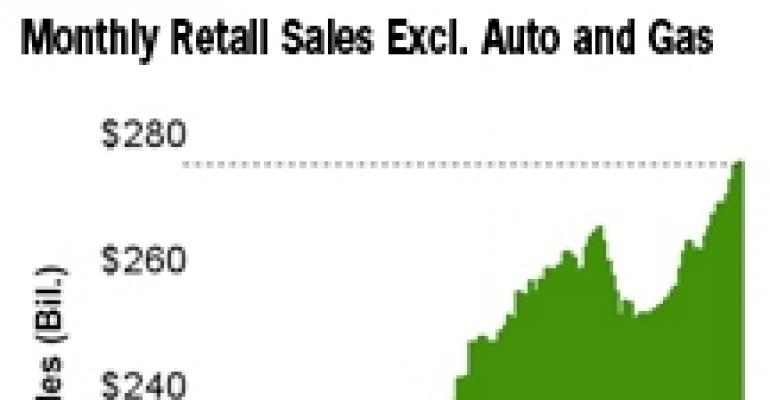 LAS VEGAS — The U.S. economy finds itself caught in a tug of war between economic headwinds and real recovery, says Hessam Nadji, managing director of research and advisory services for Marcus & Millichap.

The biggest headwinds are the ailing housing market, record consumer debt, and a large amount of public debt. The signs of recovery include the creation of 1.8 million private sector jobs over the past 12 months and a continual rise in retail sales.

“Housing is headed for a double-dip recession,” Nadji told a packed room of 700 shopping center industry professionals at RECon 2011 on Monday as part of Marcus & Millichap’s annual retail outlook.

“The U.S. housing market is now contributing only 3% to our economic output versus 6% in 2005.” Nadji estimates that 30% of the turnover in the housing market today stems from distressed sales, either foreclosures or short sales.

“There really is no end in sight in terms of when we can see the inventory of foreclosures and distressed sales out of the picture, so that we can get to the bottom and start a new cycle.”

The other elephant in the room is the debt. “This remains a drag on the consumer, the wealth effect and the overall economic activity,” he explained. The U.S. federal budget deficit is projected to exceed $1 trillion for the third straight year in fiscal 2011.

Paying down at least a portion of that debt over the next three years will require at least some short-term pain. “This means higher taxes and lower spending, both of which always rob momentum from growth. That’s a reality we’re going to have to live with,” Nadji said.

Energy prices also are sapping the spending power of consumers. In the first quarter, consumers reacted negatively to rising energy prices. GDP grew at an annualized rate of 1.8% versus 3.1% in the fourth quarter of 2010.

Starting in mid-year 2010, retail sales in the U.S. turned positive and have exceeded the previous spending peak reached in 2007. In fact, the nominal expenditure per month has been at a peak for the past several months and is above pre-crisis levels [see chart].

The U.S. economy is on a pace to create 2.3 million jobs in 2011, with less than 10% of those jobs classified as temporary positions. Last year, roughly 30% of the 1 million jobs added were temporary jobs.

“Temporary jobs skyrocketed coming out of the recession because companies didn’t have enough confidence to hire people on a permanent basis,” said Nadji. As companies have gained more confidence, they have picked up the pace of hiring.

But Nadji emphasized that the U.S. economy is far from being out of the woods. “Sentiment is fragile. As companies hear bad news, they can revert back to a very cautious stance.”

The recovery has been broad based, pointed out Nadji. More than 500,000 professional business jobs have been added in the last 12 months. Some 432,000 health care and education jobs have been created [see table].

The economy has even generated 197,000 manufacturing jobs over the past year. “The weak dollar has helped us with tourism and exports. Exports account for 12% of this economy, four times the magnitude of housing. This isn’t something we hear about.”