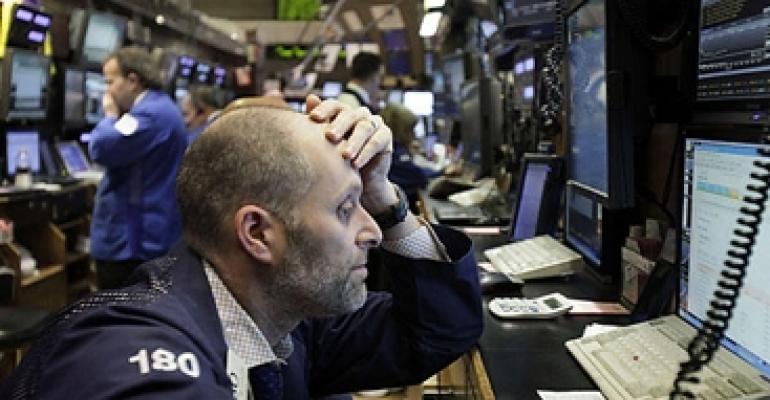 Should Monday’s investor panic mushroom into a wide-scale pullback by businesses and consumers, property fundamentals and investors will inevitably suffer.

“With fears mounting across the world about unsustainable debt levels and slowing economic growth, individuals and businesses may curtail spending and hiring,” says Victor Calanog, chief economist at New York-based Reis. “The specter of high inflation with slow growth — or even a double-dip recession — can no longer be easily ignored.”

The rating change will have little effect on investors, however, and is simply a confirmation of various negative factors that have eroded market confidence in the last two weeks, says Calanog, referring to the fierce political battle in Washington to either slash spending or raise the nation’s debt ceiling.

Looking beyond Monday’s reactionary sell-off in the stock markets, Calanog points to long-term trends that suggest the economy is making progress toward recovery.

Nearly lost amid news reports about the credit downgrade and stock market reaction was last Friday’s nonfarm payroll report, which showed that the economy added 117,000 jobs in July and the unemployment rate held nearly steady at 9.1%.

“We are at a critical point in the economic cycle, with mixed signals implying neither uniformly bad nor uniformly good results,” emphasizes Calanog.

Other forecasters see a more direct threat to commercial real estate performance coming from S&P’s downgrade of U.S. debt. One of those is economist Sam Chandan, president and chief economist at Chandan Economics in New York.

Like Calanog, Chandan believes the downgrade is more likely to affect investor sentiment than property performance, at least in the short term. But sentiment can be a powerful force, particularly for a weak and vulnerable economy.

“The negative impact of S&P’s move on investor and consumer sentiment is a real issue that will negatively impact global equity markets and undermine confidence,” warns Chandan.

“While the downgrade was largely anticipated and did not present any new information about the riskiness of U.S. Treasuries, it has certainly inflamed investors’ concerns that the recovery is faltering,” adds Chandan.

Ironically, anxiety and risk aversion prompted by S&P’s action is driving investors to buy up the very Treasury securities that the rating agency downgraded, notes Chandan.

In response to increased demand, the yield on the 10-year Treasury fell to 2.33% on Monday from 2.57% late Friday. (Bond yields move inversely to prices, so as prices rise the yields fall.)

That trend will be short-lived, however, Chandan predicts. “In the medium and long run, Treasury rates will rise as global bond investors slowly diversify into the sovereign debt of other highly-rated countries with more functional legislatures and healthier public finances, including Australia, Canada, and Germany.”

The emerging consensus among the U.S. commercial real estate community is that long-term interest rates will begin to rise in the near future. This is especially true for multifamily borrowers who have relied on Fannie Mae and Freddie Mac to finance their projects. S&P downgraded both agencies from AAA to AA+ on Monday, which will push up mortgage borrowing rates in many markets, according to Chandan.

To Calanog, whether commercial real estate fundamentals improve or stagnate in the second half of 2011 depends less on credit ratings than on how well businesses and consumers manage their economic fears.

“What will ultimately mean a terrible second half [of 2011] for commercial real estate? If changing expectations lead to an economic pullback,” says Calanog. “S&P is just holding up a mirror, showing us that the U.S. may no longer be the fairest of them all.”