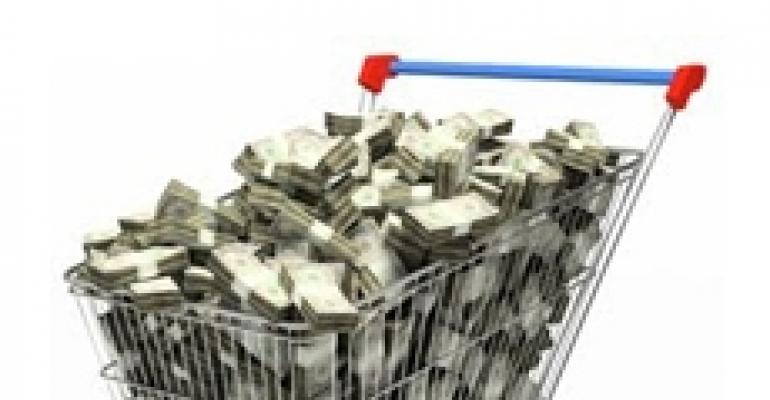 If time does indeed heal all wounds, then certainly the first half of 2011 has been most generous to the real estate returns of many institutional investors.

For example, the New York State Common Retirement Fund, the nation’s third largest public pension fund, reported a 26.7% return on its real estate portfolio for the fiscal year that ended June 30, 2011. That performance topped every other asset class in which the fund invests.

There were even glimmers of light at the end of a long tunnel of losses for the nation’s largest public pension fund, the California Public Employees’ Retirement System (CalPERS).

For the 12-month period ended March 30, the CalPERS’ real estate portfolio posted a 10.2% gain, the first since 2007, but that figure still lagged behind the performance of other key asset classes.

Real estate returns are calculated based on net operating income, market value/appreciation gauged against sales of like-kind properties in a particular market or class, and other appraisal standards.

Despite the recovery in returns, analysts say it is more about the quality of the institutions’ assets rather than a sign of a broader recovery in property fundamentals.

“Specifically, high-quality, cash-flow-performing properties with strong liquidity characteristics have recovered a large measure of their initial value, as much because of credit and capital market conditions as fundamentals,” says Sam Chandan, president and chief economist at Chandan Economics in New York.

“Institutional investors may be disposing of prime properties at cap rates that have descended from the highs of 2009 and 2010, fetching higher returns from capital gains.”

That helps explain a portion of the return performance by the New York State Common Fund, which sold one of New York's largest buildings to Google last year.

Google purchased the former Port Authority building that the fund owned with co-investors Taconic Investment Partners and Jamestown Properties for $1.9 billion in December 2010.

Overall, the New York Common Fund saw a 14.6% return during the fiscal year ended March 31, which was higher than its targeted 7.5% but still significantly lower than the 25.9% recorded in fiscal 2010. The fund’s total value of $146.5 billion as of March 31 reached its highest level since the global economic downturn.

For its part, CalPERS saw a total return of 22.7% in the fiscal year ending June 30 and its best performance in the past 14 years. The pension fund's total assets under management as of June 30 stood at $237.5 billion, down from the peak of $260 billion reported in October 2007.

The CalPERS real estate portfolio, which is divided into core and non-core components, was nearly 10% below its benchmark return of 20%, mainly due to a 1.6% loss in its non-core or opportunistic portfolio.

That portfolio is made up largely of housing and land development. The private portfolio, which accounts for 43% of the overall portfolio, posted a 29% return for the year.

Among the largest private equity investors, The Blackstone Group reported major revenue increases thanks to its real estate performance. Blackstone reported a nearly 250% rise in second-quarter income, thanks to strong real estate investments.

Looking ahead, institutional investors are planning for some healthy returns the rest of this year and through 2012. The Pension Real Estate Association (PREA) surveyed a cross-section of 16 plan sponsors in the second quarter of 2011 and found that investors expect total returns of 10.6% in 2011 and 9.8% in 2012 across all property types.

According to the PREA survey, apartments show the highest forecast return for 2011, followed by retail. Industrial has the lowest average forecast for 2011 at 9.6%.

Survey respondents expect returns to gradually decrease in 2012 and 2013, although the average forecast indicates that the market is expected to remain healthy. Over a five-year period, office and apartment properties are expected to outperform the other sectors, although only by 20 basis points per year over industrial and retail.

There are a few cautionary winds blowing as well. Credit markets remain tight, and transactions outside major metro areas have not taken off as many analysts had hoped, even though the CMBS markets have shown recent signs of life.

“In part, this lag reflects legitimate concerns about the economic and labor market outlook and its long-term implications for absorption,” says Chandan. “These issues weigh more heavily on investors and lenders in segments of the market characterized by lower liquidity.”