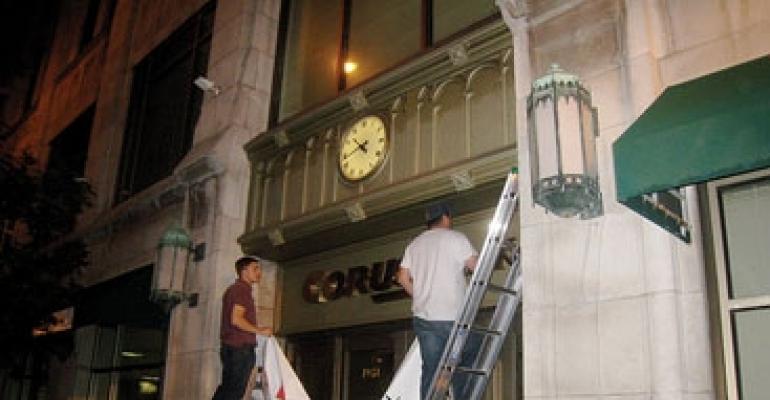 The federal government’s newly issued banking guidelines will have a major impact on the commercial real estate industry and the nation’s financial system by forestalling another banking crisis and preventing the write-off of billions of dollars worth of loans, says the senior managing director of New York-based global real estate firm FirstService Williams.

But critics argue that steps taken by the Federal Deposit Insurance Corp. (FDIC) and other regulators are only delaying inevitable losses. They say the government should act decisively to assure that loans are not backed by properties whose current market value is lower than the loan amount.

The new guidelines issued by regulators allow lenders to classify loans as performing even though market values of the underlying real estate have fallen by as much as 40%. A key to assessing a loan portfolio, according to the guidelines, is whether borrowers are current on principal and interest payments.

However, troubled loans can still be classified as losses when the borrower can’t make payments and even a forced sale of the collateral real estate won’t cover the bank’s investment. The new rules encourage lenders to work with borrowers to restructure commercial mortgages when necessary, rather than simply foreclosing on the properties.

If regulators had not taken the steps announced late last week, the consequences to the nation’s financial system could have been dire, says Peter Kozel, senior managing director of FirstService Williams.

“We’d have another hit to the banking system. What would happen is they would have to write down hundreds of billions of dollars of mortgage loans. That would be a hit against bank capital, so we’d have another banking crisis,” says Kozel. Kozel formerly was chief economist for a Boston bank that was absorbed by Bank of America, and also worked with Standard & Poor’s, the rating agency.

If the banking system had become widely affected by massive commercial real estate loan losses, that would have made the current credit crisis even worse and stifled any fragile economic growth and forced property values down even further, maintains Kozel.

“What they’re doing is the way we used to do it in the old days, before we did this crazy thing of marking to market. They look the owners in the eye. If he’s a good guy and he knows how to run real estate and he’s the victim of circumstances rather than his own malfeasance, they tend to work with them and see if they can work it through,” says Kozel.

Not only does he believe the revised guidelines are a good idea, Kozel says they are long overdue. “If we had done this a year ago, we wouldn’t have the mess that we’ve just been through.”

While some loans have fallen precipitously in market value, the underlying properties may actually be generating reasonable cash flows due to long-term leases, points out real estate investment banker John Levy, founder of Richmond, Va.-based John B. Levy & Co.

Under current guidelines, distressed properties are not being cleared off the market, he says. “Right now, with a terrible dearth of capital, there may not be any reasonable alterative.”

The banking policy has sometimes informally been called “pretend and extend” but with the accumulation of loans propped up by weak underlying values, a better phrase for the policy might be called “delay and pray,” says Levy.

Some commercial real estate leaders believe strongly that the new banking guidelines are harmful to the industry. Christopher Macke, CEO of Chicago-based General Equity Real Estate, which finances hotel development, believes that the new guidelines are a poor idea.

“When the loans are eventually dealt with, net operating incomes will be lower than they are today,” says Macke. That will have the effect of reducing values and increasing losses, he believes.

“Banks will not resume lending in a meaningful way because they have these loans for which they are hoarding cash to ensure they have enough capital for the inevitable losses,” says Macke. He believes many current loans will have to be written off.

A number of others share the view that the new guidelines are not in the best interest of the economy or the commercial real estate industry. “I think [the banking guidelines] are very helpful in the short term and very detrimental in the long term,” says Mike Kelly, president of Denver-based Caldera Asset Management, a multifamily restructuring and turnaround specialist.

Kelly believes the guidelines will prop up loans that should not be propped up rather than allow them to fail and clear the market of bad bank loans. Allowing them to fail would free up capital so banks could make fresh loans for projects and developments that stimulate job growth and local markets.

“If you don’t recycle the money, then there won’t be any new money to go forward,” Kelly says. While banks are bolstered in the short term by not suffering big loan losses on commercial real estate, the ripple effects of not clearing out problem loans could be even more severe, Kelly believes.

For one thing, banks need to free up capital to invest in new businesses, and foster the growth of office jobs, Kelly emphasizes. “We need jobs to get the occupancy and [rental] rates back up, but if there’s no new debt it won’t happen.”

And if banks continue to carry loans on their books that are not properly supported by real estate that is worth the value of their mortgages, then that will erode confidence in the banks and blur the line between good banks and bad ones, says Kelly.

With rent rolls dropping in every asset class, it’s unlikely that rent growth in the next few years will revive the value of the properties, concludes Kelly. “Water is still going to run downhill. You may try to dam it up a little bit, but it’s not going to stop.”