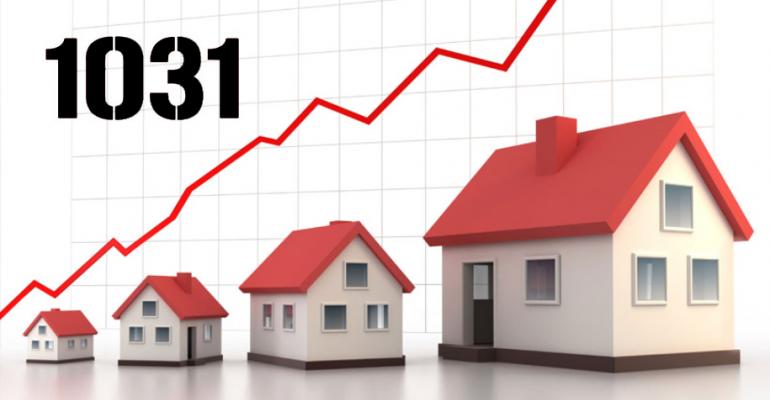 The strong investment sales environment in the past two years has created a booming 1031 exchange market. Yet renewed discussion about potential tax code reforms and an intensely competitive sales market is casting a bit of a shadow on the sector.

Sales motivated by 1031 buyers are back to pre-recession levels of 2005-2007, says David Sobelman, executive vice president and managing partner at Calkain Co., a brokerage firm that specializes in the net lease sector. At Calkain, 1031 exchange-driven sales took a precipitous drop when the recession hit, falling to about 5 percent of transactions. Now that business has rebounded back to a high of about 50 percent. “We are right back to where we were a decade ago,” says Sobelman.

Investors use 1031 exchanges to defer capital gains taxes on a property sale by rolling profits into a new “like-kind” real estate investment. “Now that the recovery has taken hold, real estate values are attractive for property owners looking to sell and monetize their properties,” says Keith Lampi, president and COO of Inland Private Capital Corporation (IPCC). The spike in property sales has been a major contributor to robust business growth at IPCC, which is an active player in the securitized 1031 industry. Up to 80 percent of the $478 million in equity the company raised in 2015 was through 1031 investors.

Despite the robust market, the 1031 exchange industry is operating with one eye on Washington due to proposed legislation that would make 1031 exchanges less attractive. To some extent, there is frequent chatter about 1031 tax reforms that tends to get louder depending on which political party is in power.

“What is different about it this time is that there seems to be a bipartisan focus on tax reform and evaluating section 1031 in the tax code,” says Lampi.

There are two key proposals currently being floated in Congress. One would limit the deferral amount to $1 million per year. There is also some discussion of an outright appeal. “Both of those have been swirling for the better part of 12 to 18 months, and we are really keeping our eye on those proposals,” says Lampi.

Changes to the 1031 tax code would curb sales with owners opting to hold properties rather than sell and face a stiff tax penalty. “If that phenomenon occurred, there would be almost a system issue within the broader real estate arena. Transaction volume would be down, values would be adversely affected and those are some of the issues that we are trying to raise to the forefront with lawmakers,” says Lampi.

Despite current proposals, there is no imminent change looming that is driving investors to do a 1031 while they still can. Even if Congress does succeed in passing reforms, it is hard to say how long new rules might take to actually go into effect. So legislation is not driving more urgency for owners to sell now ahead of reforms.

The bigger issue for the 1031 market is that it continues to be a very crowded and competitive market, and investors are working harder to find those replacement properties. Those buyers who are looking to simplify their lives are generally looking to trade into triple net lease properties. That demand has pushed cap rates for single tenant net lease retail and industrial properties to a new historic low rate of 6.2 percent and 7.1 percent respectively, according to a first quarter research report issued by the Boulder Group, a national net lease commercial real estate services firm.

Although some 1031 buyers are content to trade into the bond-like triple net lease assets, even at lower cap rates, buyers looking for higher yields are expanding their investment targets. Investors are now willing to buy exchange properties in secondary and tertiary markets, as well as consider lower credit tenants, such as franchisees or independents, in order to get higher yields, notes Sobelman.

Triple net lease properties have long been the darling of the 1031 industry, according to Lampi. Buyers are also more interested in properties such as self-storage, multifamily and student housing, where there is opportunity to grow net operating income (NOI) by resetting rents and keeping expenses low. Investors are looking for more “recession proof” property types in the maturing stage of the market, Lampi says.