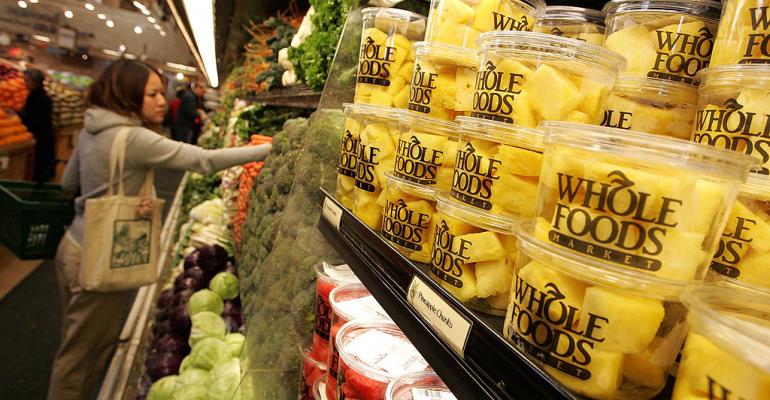 When CrediFi mapped the locations of Amazon and Whole Foods properties, along with Amazon Prime Now locations, we found a lot of overlap.

On the heels of Amazon’s recently announced acquisition of Whole Foods for $13.7 billion, owners and lenders of Whole Foods-anchored properties are waiting along with the rest of the world to see just what Amazon will do with the latest purchase the e-commerce giant has placed in its shopping cart.

The addition of hundreds of new properties, largely in upmarket urban areas, looks like a win for Amazon. The deal could potentially help Amazon store food and other goods, deliver those goods along the last mile to the customer’s doorstep and provide brick-and-mortar sites for customers to perform that last-mile delivery themselves by picking up the products they’ve either bought in the store or ordered online.

The impact on Whole Foods seems a little less clear, however. Will its identity disappear? Will the value of Whole Foods retail properties go up or down?

On the plus side, the Whole Foods stock price jumped from $33.06 per share to $41.99 per share on news of the acquisition, ending June at $42.11 per share. But when CrediFi mapped the locations of Amazon and Whole Foods properties, along with Amazon Prime Now locations, we found a lot of overlap, especially on the East and West coasts, in Texas and parts of the Midwest and South from Chicago eastward. It’s possible Amazon may decide it doesn’t need quite so many brick-and-mortar sites and could ultimately shut down some stores.

This means Whole Foods lenders and owners may stand to benefit from the acquisition—or they may be susceptible to store closures.

Whether the asparagus water turns out bitter or sweet, Whole Foods lenders and owners (and in some cases, CMBS investors) could be exposed to some degree of risk. CrediFi takes a look at select Whole Foods and Amazon properties in four cities to see who might face exposure.

Not only the site of Apple headquarters and a part of Silicon Valley, Cupertino is now also the site of the circular Apple Park, the 2.8 million-sq.-ft. “spaceship” mega-campus that reportedly cost $5 billion to build and will serve as an office with a curved glass surface (and two-story yoga room covered in stone from a quarry in Kansas) for 13,000 employees by the end of the year.

The Whole Foods was financed by a $19.25 million loan issued by French corporate and investment bank Natixis in 2014 and assigned to a commercial mortgage-backed security, Wells Fargo Commercial Mortgage Trust 2015-NXS1.

With a growing population that seems to match that of the target Whole Foods consumer, Cupertino seems a likely location for existing Whole Foods stores to thrive. That could include the one on Stevens Creek Boulevard, as well as five other stores less than 10 miles away.

And Amazon could use the Whole Foods location to supplement the delivery or pick-up service facilitated by its 234,000-sq.-ft. fulfillment center about 30 minutes away, at 38811 Cherry St. in Newark, Calif.

The property is financed by an $18.8 million loan originated by Royal Bank of Scotland in 2012 and securitized in WFRBS Commercial Mortgage Trust 2012-C6. It was reportedly purchased by Chicago-based real estate firm Syndicated Equities in 2008 for about $28.1 million, and has electric car charging stations at the parking level.

This Whole Foods location could help Amazon connect its products with its customers in the Chicago area, which is also served by a fulfillment center at 1125 Remington Blvd., about 50 minutes away in Romeoville, Ill.

The Whole Foods at 1797 Hydraulic Rd. sits at the intersection of routes 29 and 250 in Charlottesville, Va., near several supermarkets, restaurants and hotels and about 90 minutes from an Amazon fulfillment center at 1901 Meadowville Technology Parkway in Chester, Va.

In Cambridge, Massachusetts, Whole Foods occupies a 14,000-sq.-ft. property at 340 River St., near the Charles River.

Built in 2000, the property was acquired by New York-based REIT Acadia Realty Trust for $6.67 million in 2012, when it received $4.25 million in financing from Bank of America. It could potentially supplement the Amazon sort center at 1000 Technology Center Dr. in Stoughton, Mass., about 20 minutes away.

Cupertino, Chicago, Charlottesville and Cambridge are only a few of the cities around the country to have an overlap of Amazon and Whole Foods properties. Like the rest of us, the lenders and owners behind them will have to wait and see whether or not those properties will become thriving members of the Amazon empire or face shutdown because of overlap.