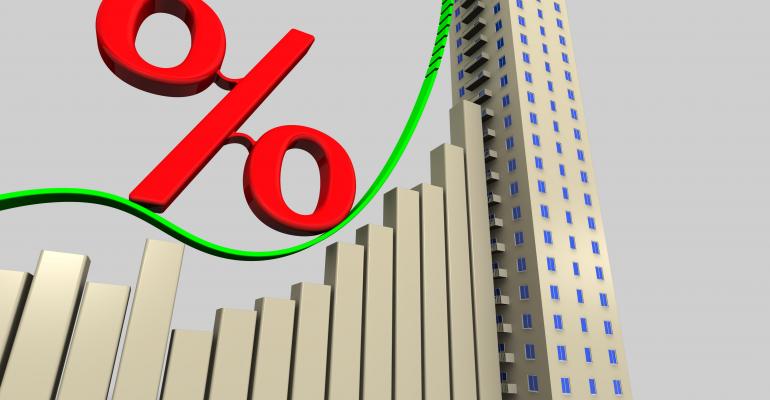 Although those regulations went into effect a year ago, banks are still in the process of interpreting the new rules and the impact on real estate lending strategies. In a nutshell, the new rules require banks to hold 50 percent more cash reserves to account for anything that falls into the high volatility commercial real estate (HVCRE) category. For example, if a bank was required to hold $1 million in cash reserves on a loan in the past, that amount has now increased to $1.5 million.

Potentially, that change could have a significant impact on bank liquidity and strategy related to commercial real estate loans.

“Talking to lenders and developers, we have definitely heard of instances where lending decisions have been impacted by the HVCRE rule,” says George Green, a senior vice president at the Mortgage Bankers Association (MBA), an industry association.

Yet there continues to be a big question mark as to what loans actually fall into that HVCRE category. The basic qualification for non-HVCRE loans is that the loan-to-value ratio has to be 80 percent or less and contributed equity has to be 15 percent or more. Given current lending practices, that should put the bulk of bank loans in the clear. However, there are some “trip wires” that trigger HVCRE guidelines that potentially paint a big bullseye on the bulk of construction loans.

“There is a lot of uncertainty about interpreting issues surrounding HVCRE,” says Green. Banks have widely different interpretations on whether their construction books fall within the guidelines for HVCRE. That is something that the banks are still trying to work out, and the MBA is continuing to work very closely with the Federal Reserve, Office of the Comptroller of the Currency and FDIC in order to get more clarity on the issue.

The change in capital requirements will force banks to take a hard look at allocations, says Green.

“Then it becomes a business decision for each bank in how they want to address it,” he says. If certain loans are classified as HVCRE, then a bank will have to make the decision on whether it has the ability to absorb the costs associated with keeping more capital, or whether it needs to pass those costs on to the borrowers. The new ruling applies to banks with more than $500 million in assets and all savings and loan holding companies.

Banks are evaluating portfolios and strategy on a case-by-case basis, says Ernie Katai, executive vice president and head of production at commercial loan originator Berkadia. On one end of the spectrum, some banks are willing to be more aggressive in their interpretation, while others are being ultra conservative. For example, one large bank took 100 percent of its entire construction loan portfolio and bumped up its reserve requirement using the assumption that they were all HVCRE, says Katai.

Many banks seem to be coming to the same conclusion and erring on the side of caution.

“This has a big impact on construction financing. So what I think you are going to see is more selective financing on the construction side,” says Katai. Bank pricing has started to widen out with a spread moving recently from the low 200 basis points to around 250 basis points, he notes. Banks are also likely to place more emphasis on borrower quality going forward, he adds.

And while a number of banks are more conservative on short-term construction lending, there has been a noticeable shift in the past six months where banks are more aggressive on permanent loans with longer terms—notably 10-year deals.

“You do start to scratch your head a little bit when you see the 10-year money out there,” says Katai. “That is out of the ordinary, because banks are financed on a short-term floating basis.”

Banks traditionally focus on one- to three-year real estate loans and have viewed even three- to five-year loans as “long term” in the past. Banks are now offering non-recourse 10-year loans, with leverage of 70 to 75 percent.

One theory is that Basel III may be responsible for that strategic shift. As some banks pull back on construction loans, they are shifting that capital into permanent loans with longer terms. Not only does this allow the banks to avoid the HVCRE exposure risk, permanent loans allow banks to put money to work more quickly whereas it takes longer to disperse funds for construction projects.

“Our members report pretty widely that they do see some banks going longer on their mortgage loans,” says Green. However, Green disagrees that the motivation is Basel III. In his view, it is more likely the result of the current climate, with banks looking to compete more directly with other financing sources such as CMBS and life companies that offer 10-year loans.

Whether or not HVCRE gets the credit for fueling more bank loans with 10-year terms, it is clear that the new rules could have a significant impact on both short- and long-term lending going forward.

“We are still working very hard with the regulatory agencies to get some clarity,” says Green. “Until that happens, I think banks are still somewhat up in the air as to how to treat their portfolios.”