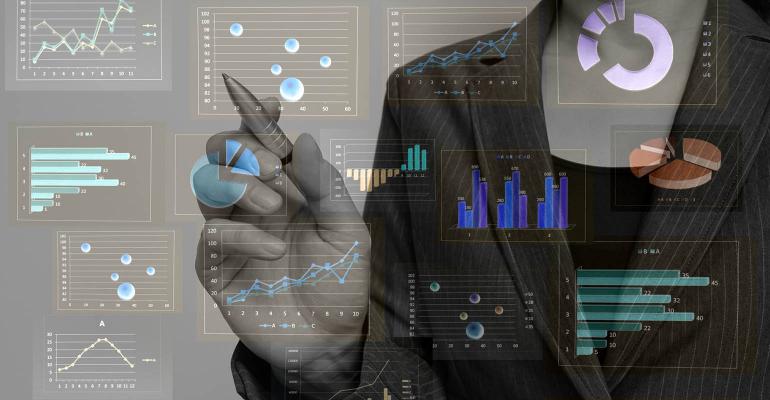 Investors are facing a market where there is less upside on yields and income growth and there is also some upward pressure on interest rates.

The investment sales market should be riding high along with healthy liquidity and strong investor demand to buy commercial real estate assets. Yet signs of stagnant, and even falling, property prices are putting a damper on enthusiasm.

“2017 was definitely a flat or down year for property prices,” says Ten-X Chief Economist Peter Muoio. The Ten-X Commercial Real Estate Nowcast has been signally pricing weakness for much of 2017. According to the December index, commercial prices increased 1 percent over the past year, which is the weakest appreciation pace in this cycle.

The Green Street CPPI also shows that aggregate pricing across all property types has been flat for nearly 18 months, with a drop of 1 percent over the past 12 months for November sales.

The pricing plateau is not a big surprise at this stage of the cycle. “We saw a tremendous run-up over the last five years, with double digit run-up in pricing in many of those years,” says Jim Costello, a senior vice president at Real Capital Analytics (RCA), a New York City-based research firm. “At minimum, I think that rapid pace of growth is over.”

Investors are facing a different market, where there is less upside on yields and income growth and there is also some upward pressure on interest rates. In addition, some markets are seeing more late-cycle construction, which will put greater limits on potential income growth, he adds.

However, RCA data also reveals a trend of declining price appreciation and a still sizable gap between seller and buyer expectations that is contributing to a decline in transaction velocity. In November, the $27.9 billion in sales was down 31 percent compared to a year ago.

Sellers still have high expectations on sale prices, while buyers have become more selective on the assets they are willing to buy and the prices they are willing to pay. In fact, sellers that are finding that they can’t achieve reserve prices are pulling properties from the sale market.

Pricing trends vary across the different property sectors. According to Ten-X, retail posted a 4.3 percent gain in prices in December, while prices for industrial, office and apartment assets all posted year-over-year declines in pricing. Industrial saw the biggest drop by 3.5 percent, likely due to overheated pricing a year ago, notes Muoio. Office pricing is down 0.8 percent compared to last year, while apartment pricing was relatively flat at -0.3 percent, according to Ten-X.

Memphis-based Fogelman Properties has been an active acquirer of apartment buildings over the past year, with a current portfolio that now spans 4,400 units in 17 communities. For example, the firm acquired the 284-unit Nesbit Ferry Crossing Apartments in Alpharetta, Ga. with joint venture partner Thackeray Partners. However, Fogelman has been shifting its investment strategy to accommodate market pricing.

The company is increasingly pursuing value enhancement, post-renovated and newly constructed properties. “While this shift is to diversify our portfolio, it is also a response to property pricing,” says Matthew Day, senior vice president of investments at Fogelman Properties. Ask prices for value enhancement properties continued to be aggressive throughout 2017 related to cap rates and overall returns, but were more attractive when compared to replacement costs, says Day. Ask prices for post-renovated or partially renovated properties were more approachable due to higher capitalization rates and returns, which resulted in purchase prices that often met or exceeded ask prices, he adds.

Pricing likely to stay the course

Pricing is likely to remain stable in the near term, which means that the pricing gap that was evident through much of 2017 will likely remain firmly in place for now. Sellers, rather than take a loss, may opt to refinance in what remains a very liquid debt market, notes Costello. “So really the pain in the adjustment may not come in prices, but through a little bit more debt on properties and lower transaction volume,” he says.

Even for those sellers who can achieve their desired target prices face the problem of where to reinvest that capital. “If you sell that asset, how do you replace it with a better yielding asset at this point? That is a challenge,” says Costello. Buyers are not jumping in as aggressively, because they can’t get the same cap rate compression as they have in the past. The end result is that the investment sales market in the coming year could look very much the same as 2017.

One wildcard that could break the pricing stalemate is the new tax bill that was passed in late December. Tax law changes could pull more capital into the commercial real estate sector because of the favorable tax treatment, which potentially could create a positive push on prices, notes Muoio. Tax reform could also provide more confidence that this long-running cycle has plenty of runway to continue, he adds.