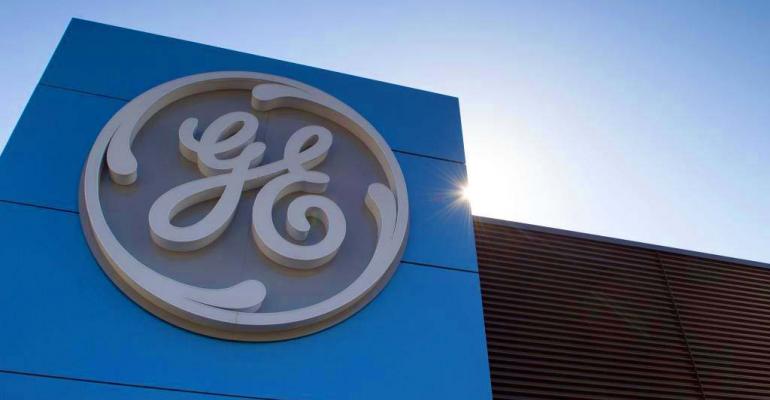 Business as Usual: Blackstone Buys $25 Billion in Real Estate Assets in One Day

The Blackstone Group continues to gobble up real estate assets as though they were candy, with the firm’s latest deals carrying a swoon-worthy price tag of $25 billion. On Friday, Bloomberg revealed that Blackstone and Wells Fargo were buying most of the real estate assets belonging to General Electric Co. for approximately $23 billion.

Blackstone’s new holdings will include office buildings in booming U.S. markets such as Southern California, Seattle and Chicago; office, retail and industrial properties in Europe and commercial mortgages in the U.S., Mexico and Australia. Wells Fargo’s share of the loot will consist primarily of commercial mortgages on properties located in the U.S., U.K. and Canada. In the meantime, GE is in discussions with other potential buyers for about $3.5 billion in additional real estate assets.

Bloomberg reports that the deal will mark the largest real estate transaction since the downturn. The largest real estate transaction before the downturn? Blackstone’s acquisition of Equity Office Properties for $39 billion in 2007. Last year, Blackstone sold part of its Equity Office holdings to a partnership led by Oxford Properties Group for $2.1 billion and another part to Hudson Pacific Properties for $3.5 billion. Meanwhile, its purchase of Hilton Worldwide for $26 billion in late 2007 and subsequent IPO in late 2013 has been proclaimed “the best leveraged buyout ever.”

According to Bloomberg, “The full story of the richest LBO in history is actually a story of private equity working as advertised. By persuading its lenders to exercise forbearance, restructuring its debt before it had to, and practicing smart management, as opposed to indiscriminate cost cuts and pink slips, Blackstone made Hilton perform better than most thought possible.”

Prior to the most deal recent announcements Blackstone managed approximately $81 billion worth’ of real estate assets. But the firm is clearly in deal-making mode, as on March 30 Reuters reported it closed a new $15.8 billion global real estate fund.

What may have gotten lost in the hoopla surrounding the GE purchase is that the same day, Blackstone bought shopping center REIT Excel Trust Inc. for approximately $2 billion. Blackstone will pay the price in all cash, according to MarketWatch. Excel specializes in grocery- and drugstore-anchored shopping centers, so-called necessity retail. Its portfolio includes 38 centers.

“Blackstone is buying what it calls core-plus properties, ones that require light renovations or leasing up to generate slightly higher returns than basic core,” Bloomberg notes. “By moving into the realm of core real estate, Blackstone is competing with established leaders in that strategy such as J.P. Morgan Chase & Co. and Morgan Stanley.”

Meanwhile, when it comes to GE Capital, the dispositions are part of a larger plan to dismantle its finance arm over the next two years. The move will free the company from being classified as a financial institution and having to follow the regulatory requirements set for such institutions, according to The New York Times. In 2014, GE’s core industrial businesses accounted for 58 percent of its earnings. By 2018, company executives plan to bring that number up to 90 percent.

“The severe downsizing of the finance unit is a sea change for General Electric,” The Times writes. “For much of its 123-year history, the company has had a finance division, though the business has traditionally served as a support for its parent’s manufacturing arms.”

Greentechmedia.com points out that GE has been trying to downsize since 2008, after taking a hard hit during the financial crisis. By 2009, the portfolio of GE Capital, the company’s financial services arm, had up to $45 billion in embedded losses, according to a Business Insider story from that year. Here’s what one investor said about GE’s real estate holdings at the time: “Eisman thinks [GE’s commercial real estate] portfolio is worth up to 40% less than its carrying value. Why? Because most of the holdings (securities and buildings) were acquired at the peak of the market. An investor familiar with GE's real-estate investment timing described GE's timing this way: ‘Why don't you just put a fucking gun to your head and blow your brains out?’”