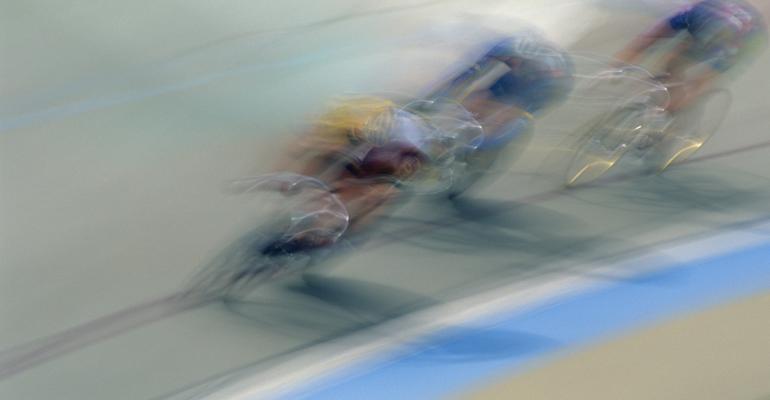 The waning supply of distressed assets is producing stiff competition among investors who are still hungry for the higher yields these assets offer.

“I think it is more competitive now than in the 30 years that I have been in the business,” says Burton Young, president and co-founder of Sperry Commercial in Irvine, Calif. “I have never seen so many buyers willing to, in my mind, overpay for vacant, unstabilized real estate.”

The investment and brokerage firm has acquired more than $1 billion in distressed commercial real estate since 1992. 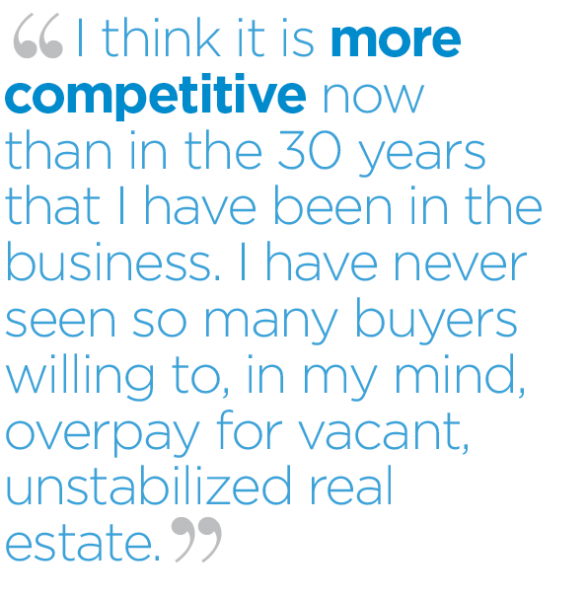 The sector remains crowded with investors as the pipeline of distressed real estate has thinned. Distressed real estate sales have dropped to their lowest level since 2008. The $5.4 billion in distressed asset sales that occurred during the first half of 2015 represents about half the volume that traded hands during the same period even a year ago, and nearly a third of the levels that were occurring in 2011 and 2012, according to Real Capital Analytics (RCA), a New York City-based research firm.

Yet there continues to be a strong buyer demand for distressed assets and the typically high yields they deliver.

“We typically look for properties that are below 70 percent occupied and create value by leasing them up and repositioning them,” says Young. Sperry Commercial focuses on assets that after a three- to four-year period will deliver yields between 16 to 20 percent if they are stabilized and re-sold.

Fundraising for distressed private real estate vehicles has been in decline since 2013. However, investor demand and the pipeline for these funds appears strong. According to Preqin, there are currently 17 closed-end private real estate funds in the market primarily focused on distressed real estate, targeting $7.5 billion in institutional capital commitments. The largest of these is Oaktree Real Estate Opportunities Fund VII, which is targeting $3.5 billion for investment in assets on a global basis, with an emphasis on investments in high growth markets in the United States.

The ideal time to be buying distressed assets was between 2008 and 2012. The investor sentiment back in those days was very different as investors were more hesitant to jump in the market, Young says.

“We’re finding now that as the economy is improving and pricing is good and debt is cheap that there is tremendous investor demand right now, but there are not as many opportunities out there to buy,” he notes.

Among the majority of the syndication or LLC deals that Sperry Commercial puts together, about 80 percent are financed with equity from high-net-worth individuals.

Distressed buying opportunities have dropped significantly. The volume of “troubled” assets, including REO properties, has dropped to $40.3 billion at the end of the second quarter, while the tally of resolved situations rose to $304.5 billion, according to RCA. In comparison, the volume of distress that existed in the second quarter 2010 was three times higher at $161.5 billion, with resolved issues at just $48.2 billion.

One avenue for buying opportunities remains distressed CMBS debt. A number of the 10-year loans that were made in 2006 and 2007 are still underwater with values that have not risen high enough to allow borrowers to refinance. In September, the overall U.S. CMBS delinquency rate improved to 5.28 percent, which is down 30 basis points compared to six months ago. However, there are currently $27.5 billion in delinquent CMBS loans, not including loans that are past their balloon date but are current on their interest payments, according to research firm Trepp LLC.

“Everybody views the current wall of CMBS maturities to be an opportunity, as do we. But it is not nearly the opportunity that people thought that it would be two years ago,” says Steven Schwartz, managing director of acquisitions at Torchlight Investors. The New York City-based firm is an opportunistic real estate debt investor, which has included buying distressed assets in the past.

A lot of what has transpired as markets have gotten healthier and capital has been attracted to the space is that loans that may have been viewed as challenging to refinance are more financeable today. That being said, there is still well over a hundred billion in loan maturities coming due over the next 24 months. A fair amount of those loans, although not technically in distress, may require a bit more creativity and entrepreneurial capital, says Schwartz.

“I think there is still capacity to be opportunistic and to get appropriate risk-adjusted returns in the market, I just think it’s not necessarily coming from distress in the way that it had,” says Schwartz.