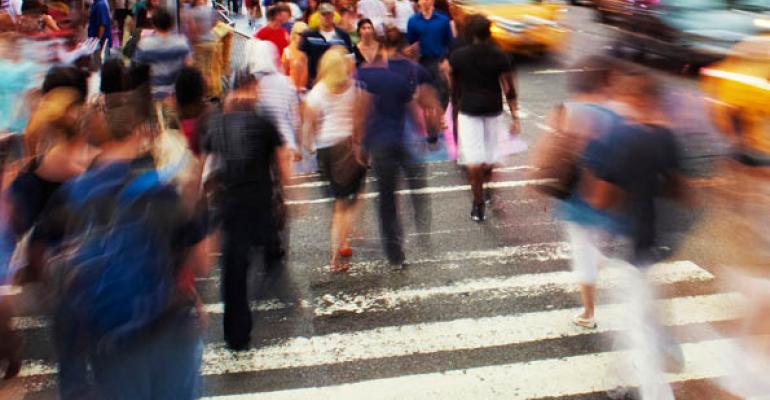 It’s a maxim that industry professionals have been adhering to for some time, but a new Walk Score Commercial Property Price Indices (CPPI) released by research firm Real Capital Analytics (RCA) proves it: commercial properties in what are considered to be “walkable” locations, in both city cores and suburban markets, get premium pricing from tenants and real estate investors.

The newly-launched Walk Score CPPI, which looks at office, retail and multifamily properties, found that prices for assets in walkable Central Business Districts (CBDs) rose 125 percent over the past 10 years, while prices for assets in walkable suburban locations rose 43 percent (the increase for less pedestrian-friendly suburban sites was about half of that for the same period). In fact, pricing for commercial assets in walkable locations has by now surpassed the peak of the previous cycle, achieved in 2007. The same doesn’t hold true for less accessible buildings.

The pricing premium for easy pedestrian access appears to be most obvious for apartment buildings, RCA reports. Office buildings and malls/shopping centers only get premium pricing if they are in highly walkable locations.

In February, the Moody’s/RCA Commercial Property Prices Indices, which look at repeat sales of all types of commercial assets, showed an increase of 1.5 percent for its all-property composite for the month and an increase of 15.9 percent for the 12-month period. Retail property prices increased the most on a value-weighted basis since January, at 2.6 percent, while for the 12-month period the biggest increase in pricing was in the suburban office sector, at 19.5 percent. Prices for all core commercial assets increased 1.3 percent month-over-month and 15.7 percent year-over-year.