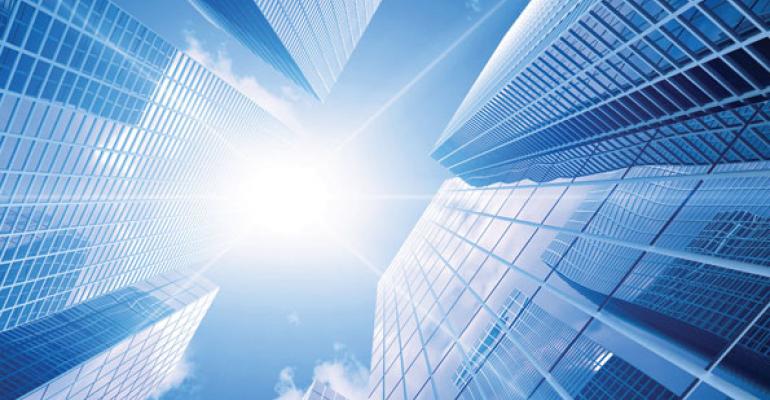 Prices on commercial real estate assets continued to move upward in July, the most recent period for which data is available, according to Moody’s/RCA Commercial Property Price Indices (CPPI). The all-property composite index rose 0.7 percent during the month, and 2.8 percent during the three-month period leading to July 31.

Prices on retail assets rose the most in July, by 1.7 percent, followed by prices on apartment buildings, which rose by 1.0 percent. Prices on office properties moved up 0.2 percent.

On the other hand, prices on industrial assets showed a slight dip, at 0.1 percent. Industrial properties have shown weak price appreciation for some time now. The index recorded a 0.1 percent decrease in industrial prices for the three-month period leading to the end of July, and a 10.5 percent increase in pricing over a 12-month period, the lowest of any commercial property type.

Over a 12-month period, office buildings in Central Business Districts (CBDs) experienced the greatest price appreciation, at 23.0 percent, followed by office properties in general, at 18.2 percent.

Moody’s/RCA also looked at the best and worst holdings periods for all commercial assets since 2000. Investors who made the best bets were those who purchased properties in May 10 and disposed of them in May 2015—during that period, the all-property index rose 80.8 percent. Those who bought assets in July 2012 and disposed of them in July 2015 also saw pricing appreciate nicely, by 52.9 percent.

Not surprisingly, investors who ended up being battered the worst were those who bought in May 2007, at the peak of the market, and sold their assets (or were force to sell them) in May 2010, a period during which the all-property price index fell 35.9 percent.

The Moody’s/RCA CPPI is based on repeat sales data. 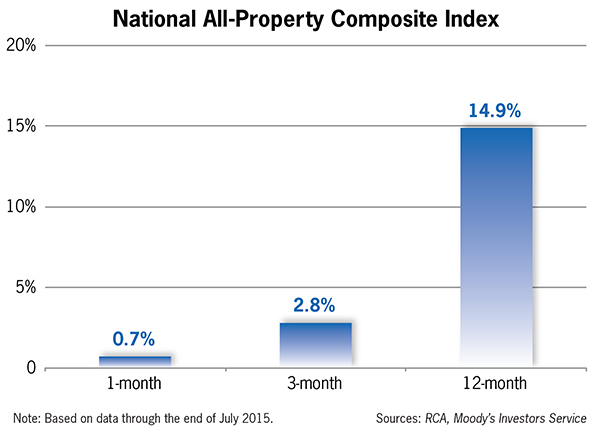