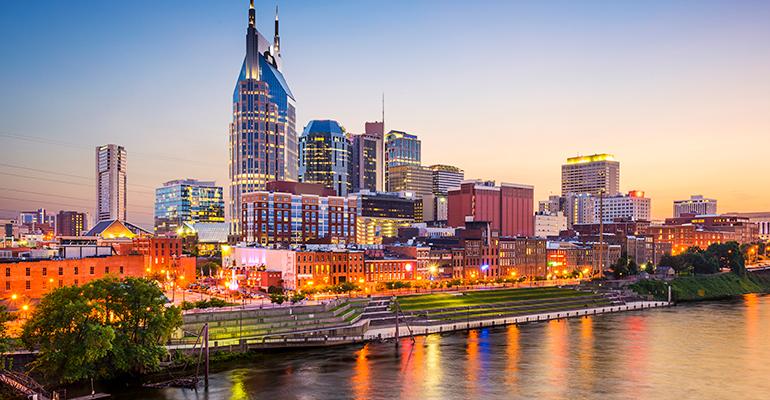 Considering a Deal in Nashville? Five Issues to Keep in Mind

Amazon’s recent decision to bring its Operations Center of Excellence to Nashville highlights the city’s attractiveness for CRE developers and investors.

Amazon recently announced its selection of Nashville for its Operations Center of Excellence, ultimately bringing 5,000 jobs to the city. While not Amazon HQ2, this selection is certainly a nice consolation prize. Combine that with the relocation of Alliance Bernstein's New York City headquarters to Nashville and the city’s number five ranking of top U.S. real estate markets to watch in the U.S. in the ULI/PwC Emerging Trends in Real Estate report, and it’s no surprise that interest from out-of-state investors continues to rise.

With this increasing interest in mind, below are five issues sponsors, investors and developers need to be aware of prior to coming to Nashville.

Tennessee’s lack of a state income tax on wages makes it an attractive relocation option for employees and businesses. Given the state’s tax-friendly reputation, the Tennessee franchise and excise tax often comes as a surprise to uninformed out-of-state investors, and it is especially burdensome for owners of real estate. The tax is imposed on all entities doing business in Tennessee that provide their owners with limited liability protection, including limited partnerships and limited liability companies. The excise tax is imposed at a rate of 6.5 percent on the entity’s net earnings. The franchise tax is imposed at the rate of $0.25 per $100 of value of the greater of (i) the taxpayer’s net worth or (ii) the depreciated book value of property owned or used in Tennessee. Given that, in many cases, tenants with leverage resist including these taxes as permissible pass-through charges under their leases, franchise and excise taxes can have a significant impact on net operating income for a project. However, there are several exemptions from the franchise and excise taxes that should be discussed with a tax professional when structuring the ownership of a real estate project in Tennessee.

As is the case in most states, a developer should not commence site work on a project until it consults with a local attorney and its title insurance company to ensure priority of the mortgage securing its construction loan over mechanic’s liens. In Tennessee, a potential lien attaches at “visible commencement of operations,” which is the first actual work of improving the land or the first delivery to the site of materials that remain on the land until actually incorporated into the improvement. Although demolition, surveying, excavating, clearing, filling or grading, placement of sewer or drainage lines or other underground utility lines and the erection of temporary security fencing by statute do not trigger visible commencement of operations, these items should still be reviewed by the developer’s title insurance company prior to beginning work.

Developers must also ensure that their project’s contractors, subcontractors, architects, engineers, construction managers and consultants are licensed in Tennessee, including any person or entity that constructs, supervises, oversees, schedules, directs or assumes charge of a project valued at $25,000 or greater. A developer’s acceptance of a bid from an unlicensed contractor is a class A misdemeanor and could subject the developer to fines and penalties. Additionally, when contracting with a project’s contractors, retainage cannot exceed 5 percent of the contract price, and where the amount of the prime contract is $500,000 or greater, retainage must be held in a separate, interest-bearing escrow account with a third party.

While developers and investors bring their lenders to Nashville to finance projects, Nashville is home to many local and regional banks with sophisticated lending practices. The lending environment remains competitive, and new banks continue to enter the market. Given their familiarity with project sites and the market in general, local banks are often more nimble and responsive when presented with an appropriate opportunity.

Mike Stewart is a member of the law firm Bass, Berry & Sims PLC. He advises developers and investors on commercial real estate projects throughout Tennessee and across the country. He can be reached at [email protected].