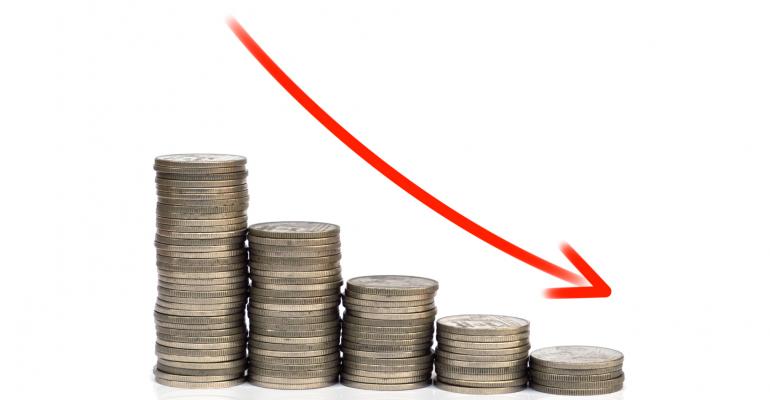 Commercial property price indices continue to bear out the idea that the price appreciation the industry has enjoyed since 2010 is over. The Moody’s/RCA’s all-property CPPI, for example, registered a 0.2-percent decline in February, after a 0.3 percent decrease in January—the first such drop in six years. The greatest decrease came in the office CBD sector, where prices dropped by 1.1 percent (Moody’s/RCA also recorded a 0.9 percent decrease in prices on industrial assets).

Confirming a picture of a more stabilized price environment, the CPPI released by Green Street Advisors, a Newport Beach, Calif.-based research firm, showed a very slight decline—less than 0.5 percent—for its aggregate property price appreciation in March. That compares to price appreciation of 12.0 percent over the past 12 months and 23 percent since the peak of the last market boom in 2007.

Moody’s/RCA researchers attribute the drops at least partially to tightening availability of debt capital, noting that “recent turmoil in the capital markets is now being felt in the commercial property sector, consistent with reports that some acquisition prices have been negotiated lower to reflect higher cost of debt.”

The Moody’s/RCA CPPI is calculated by looking at repeat property sales that take place two months prior to the publication of its report and are then revised with new data if necessary. Green Street’s CPPI focuses on institutional quality assets and its data is based on transactions being currently negotiated and contracted.