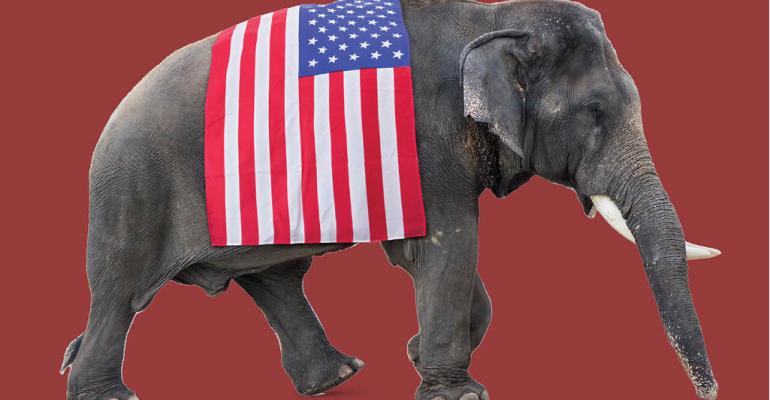 The majority of respondents (90 percent) anticipate that the Federal Reserve will raise interest rates at least once in 2016. Of those who do expect interest rate increases this year, 56 percent said they believe there will be two increases, while only approximately 2 percent indicated they expected four increases.

Among the greatest threats facing the commercial real estate industry in 2016, rising interest rates were in top place, followed closely by an imbalance between space supply and demand.

The majority (70 percent of respondents) do not worry about the possibility of a terrorist attack on U.S. soil negatively impacting their construction projects.

A notably high percentage of respondents (87 percent) did express concern about the ability of borrowers to refinance all $111 billion in CMBS loans set to mature in 2016. Of those who identified themselves as “concerned,” 36 percent described it as being “somewhat concerned,” while only 6 percent were “extremely concerned.”

When it comes to current presidential candidates, the majority of survey respondents revealed a strong leaning toward the Republican party. Thirty three percent favored Donald Trump as the best president to represent the interests of the commercial real estate industry, with another 13 percent favoring Jeb Bush. Hillary Clinton got the vote of 12 percent of respondents, while Marco Rubio came in fourth with 11 percent. Democratic hopeful Bernie Sanders still got ahead of Ben Carson, with 3 percent of respondents favoring him vs. 2 percent that favor Carson.

The survey was administered in January and included 139 respondents.