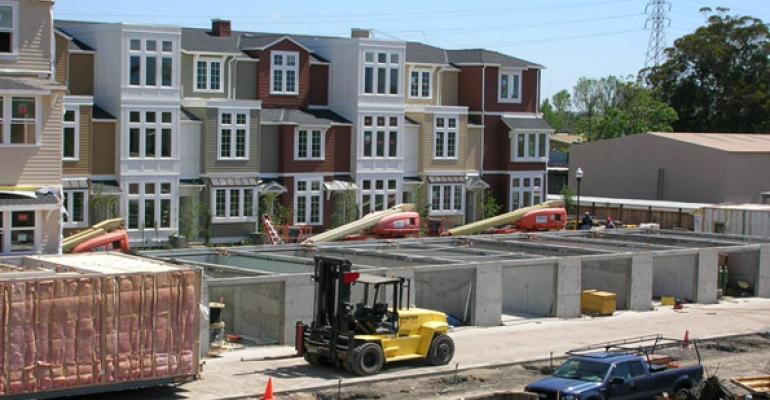 Every year PwC and the Urban Land Institute collect and analyze the sentiment of the nation’s real estate professionals on the most significant trends that will impact the industry in the coming year. The newly published “Emerging Trends in Real Estate 2016”—the 37th annual edition of the study—does just that, offering an overview of studies, analyses and the views of nearly 2,000 industry participants in the U.S. and Canada.

The report is wide-ranging, and I’ll deal with some of the more extensive details in a second installment, but here I’d like to provide a brief overview of the major findings in such areas as industry sentiment, promising markets, the flow of capital and other issues.

The most obvious finding in the report is the strong feeling of optimism currently pervading the industry. Over the past four years, as the economic recovery gradually took hold, the most positive view of real estate professionals—those who assessed the industry’s well-being as “good to excellent”—rose from 55.9 percent (for 2013) to today’s robust 84.0 percent, while those on the fence dwindled from 41.8 percent to just 14.9 percent. In fact, the level of optimism is the highest it’s been in the past 10 years, and it appears to be heading upwards (mark your calendars for the 2017 “Emerging Trends”).

In addition, the flow of capital into U.S. real estate continues to increase. Total annual acquisition volume through 2015’s third quarter was $506.4 billion, up 21 percent year-over-year. While this pace of growth is probably not sustainable, investors across the board (with the exception of the government-sponsored enterprises) are anticipated to have capital availability in 2016 that is equal to or greater than 2015 levels.

We can expect a more free flow of this capital into secondary markets; alternative real estate assets, such as cell towers, outdoor advertising and other infrastructure; renovation and redevelopment, such as office space in rehabbed industrial space; and alternative property types, such as medical offices, seniors housing, data centers and lab space, in response to demographic and technology needs.

Here is more detail on special areas of interest:

18-hour cities v. 2.0. Last year, “Emerging Trends” identified the rise of the “18-hour city,” secondary markets that are suddenly “hip,” not just for inhabitants, but also for businesses and investors. Cities like Austin, Texas, Denver, San Diego and San Antonio, Texas are examples, and this year’s study underscored even more confidence in the potential investment returns in these markets due to lower costs of living and doing business and general livability.

Next stop: the suburbs. As prices have risen in the core gateway markets—and there are only about 10 dynamic downtowns in the U.S.— a fresh look at suburban opportunities is gaining favor. A survey cited in the PwC report, “America in 2015: A ULI Survey of Views on Housing, Transportation, and Community, 2015,” indicates that a growing number of Millennials would like to live in the suburbs, and we can expect this to happen over time. But these are suburbs with a difference—areas that are transit-oriented and mixed-use.

Offices: barometers of change. Employment is up by more than 2.9 million year-over-year, according to the Bureau of Labor Statistics’ “Job Openings and Labor Turnover Survey Highlights, September 2015,” with office-using jobs accounting for 39 percent of the employment gain. Hence, absorption in central business district (CBD) and suburban offices has been brisk, bringing vacancy down 90 basis points and rents up 2.9 percent year-over-year. Moreover, entrepreneurial businesses and so-called “gig workers”—start-ups with special space needs— are contributing to changes in office space and design.

Many housing options. Since the housing bubble burst, the U.S. home ownership rate has dropped from almost 70 percent to 63.5 percent in 2015’s second quarter, almost at its 50-year norm. That provides an advantage for investors and developers in the rental housing sector. Co-housing solutions, micro housing and other design trends are addressing some of the scarcity and lifestyle issues shaping household preferences, including a mix of rental, ownership and rent-to-own properties.

Other topics examined in detail in “Emerging Trends” include key markets to watch, the state of capital markets (both debt and equity), and the outlook for individual property types, such as industrial, apartments, offices, hotels, retail and housing, which I hope to detail in Part 2 of this column.

As always, there are issues that may have an impact. Interest rates are expected to rise (although lenders have been baking rate increases into their underwriting for a few years). There’s always the possibility of dire economic or geopolitical occurrences, which could raise the specter of deflation. And with local communities now able to take legal action to address disparities in housing, this could alter where affordable housing is built. This issue alone should continue to spark heated debate.