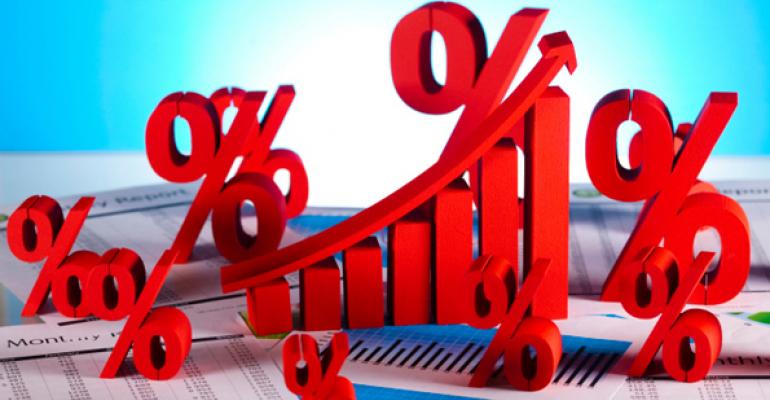 The End of the Low Interest Rate Environment?

Fed officials raised the target for short-term interest rates by 0.25 percentage points on December 14. The Fed’s most recent forecast projects U.S. economic growth in 2017 to be 2.1 percent, slightly better than the Fed's previous projection in September.

Trump’s expansionistic policy rhetoric—pledging significant spending on new infrastructure, higher exports, higher import tariffs, lower taxes and reduced regulation—could spur inflation and lead to higher interest rates. Many have predicted the end of the 35-year bond bull run and the end of record-low interest rates. Yields, which had fallen to as low as 1.5 percent in the immediate aftermath of the Brexit vote, have risen back to more than 2.14 percent in November, 2016, according to data from the Federal Reserve Bank of St. Louis. As concerns about global economic developments ease, we should expect those yields to push back toward a more normalized 1.75 percent to 2.0 percent range by early 2017.

The squeeze on cap rate spreads remains of some concern for real estate investments should rates rise more rapidly than expected, especially with the “frothiness” we have seen in certain gateway class-A markets. At present, little indication exists that a rate increase will push cap rates dramatically higher. Spreads are sill historically high for commercial real estate. The historical spread for core real estate over the long-term 10-year rate is about 250 basis points. For most commercial real estate, that spread is still 300-350 basis points, so we have quite a way to compress before there is upward pressure on cap rates.

Nonetheless, there are indications that yields may begin to drift upward. And, as pricing in first-tier markets stalls and yields hover in the sub–4.0 percent range in some of the major gateway markets—which are, in some cases, already in peak pricing territory—we should probably expect investors to move more aggressively into secondary and tertiary markets—and to opportunities beyond core assets to core-plus and value-add properties, as well as some of the niche property sectors, including medical real estate.

Another factor in cap rate behavior is the relative attractiveness of other alternative investments available to the investor. Currently, corporate credit bonds are yielding the 2s, S&P 500 dividends are also in the 2s and public REIT dividends are in the mid-3s. In this relative low yield scenario, average private equity real estate yields are still very attractive and continue to attract capital despite rising rates. Therefore the search for yield continues, and despite rising interest rates, real estate is still a star performer, inducing more capital to come into the sector. That ongoing capital demand will put countervailing pressure on cap rates.