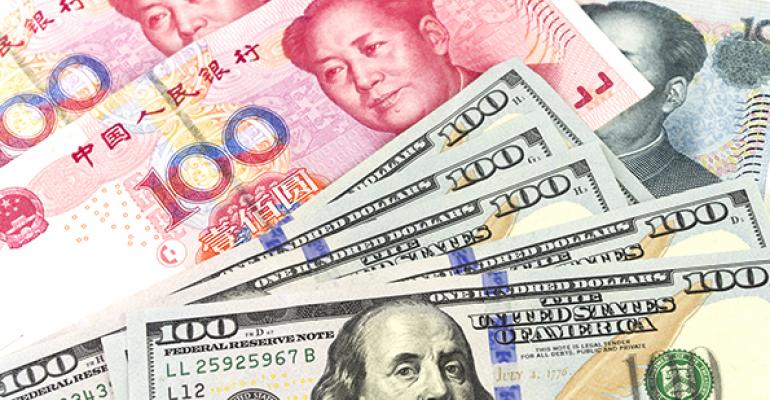 As the flow of foreign capital into U.S. real estate continues to rise, more sponsors are looking to grab a slice of that growing pie.

According to New York-based research firm Real Capital Analytics (RCA), total cross-border acquisitions of U.S. properties amounted to $39.6 billion in 2014. Although that is still shy of the $46.5 billion in foreign capital that was pouring into the U.S. at the peak of the market in 2007, that volume has been steadily on the rise in recent years.

It can be difficult to accurately measure the volume of foreign capital coming into the U.S. because it comes in many different forms and some deals are done very quietly. However, global consulting firm Deloitte estimates that foreign capital as a percentage of total real estate investment activity has hovered at around 7 to 8 percent for the past decade.

“In 2014, that volume was 11 percent, which is certainly higher than what we have seen in the last 10 years,” says Bob O’Brien, global real estate sector leader at Deloitte.

Foreign capital is an attractive target for investment groups across the board, from publicly traded REITs and private equity funds to groups offering a variety of ownership structures such as syndications, joint ventures and limited partnerships. “Most of the private equity firms and larger real estate fund sponsors, as they have increased their fund raising activity over the last 18 months or so, have clearly included foreign investors in their targets for raising capital,” says O’Brien.

Chicago-based Syndicated Equities is one firm that has made an effort to target high net worth individual investors outside of the U.S. To date, Syndicated Equities has welcomed investors from about a dozen different countries, including Canada, Israel, Norway and, increasingly, mainland China.

“We know there is a lot of interest from foreign investors in U.S. real estate, and especially the conservative deals that we do, and we have had some really good success with it,” says Richard Kaplan, CEO of Syndicated Equities.

For example, Syndicated Equities recently raised about $6 million for the acquisition of two student housing properties in Austin, Texas. About 12 percent of that equity was raised from foreign individuals. This was more than a three-fold increase from 2012, when foreign investment was only 3 to 4 percent of every deal, notes Kaplan. “While we are certainly happy with this increase, our goal is to steadily grow foreign direct investment in our syndications to 20 percent of the available equity,” he says. The company is on pace to place about $48 million in equity in approximately $120 million in acquisitions this year. Foreign investors are somewhat similar to U.S. investors, notes Kaplan. “I think everyone is trying to find a little edge and somewhere where they also may have a little more control,” he says. “Our folks feel like they have a vote, that they can pick and choose what they like with the type of real estate and the market, and I think they like that.”

Certainly, there is a great deal of interest in U.S. real estate across the spectrum, from the sovereign wealth funds to private investors. “What we tend to see a lot more of today, specifically as it relates to foreign capital, is a lot more joint ventures, club transactions and partial interest sales,” says Christopher Ludeman, global president of capital markets at real estate services firm CBRE.

The first step for many foreign investors has been placing capital in a well-known REIT that perhaps has investments in a gateway market such as New York. That creates an opportunity to learn about the U.S. market, says Ludeman. The next step may be to participate in a real estate fund structure, which allows foreign investors to get more directly involved in real estate ownership. As they do so, they are looking for greater transparency around governance and control. “What they are looking for is choosing a partner thoughtfully and strategically with efficiency and who they know will operate responsibility,” he adds.

Foreign investors also have to be cautious regarding the structure of the investment vehicles. The structuring of foreign investment in U.S. real estate is complex, especially from a tax perspective. The Foreign Investment in Real Property Tax Act (FIRPTA) creates some limitations and structuring challenges for foreign real estate investors on how income and gains are taxed. However, there have been some efforts to repeal or scale back the FIRPTA regulations in an effort to attract even more foreign capital to U.S. real estate, notes O’Brien.