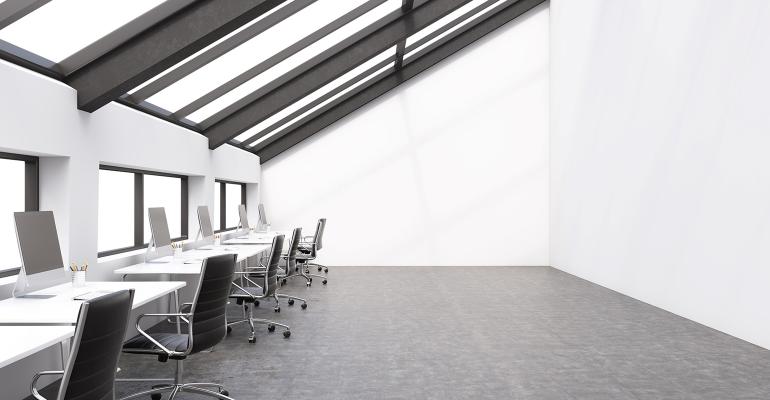 Is the Future of Coworking In The Suburbs and Tertiary Markets?

Sponsored by SIOR - The Society of Industrial and Office Realtors

Recent studies by CBRE, Cushman Wakefield, and JLL stated that 80 percent of coworking is not only concentrated in urban cores, but that the majority is concentrated in only six cities throughout the United States.

With most of the national office space located in suburbs, as opposed to urban cores, the logical growth strategy would dictate that coworking will start expanding into suburban submarkets.

In fact, evidence shows that it is already starting to take place. Industrious and SPACES already have locations in suburban markets such as Atlanta, while WeWork continues to scout suburban markets for opportunities.

In many suburban municipalities, coworking is being promoted through various accelerator and incubator programs created by city and local governments. The goal is to encourage entrepreneurial businesses to locate within their municipality with the hope that those businesses will grow and add to the overall tax digest. If history is any indication, companies that utilize these types of incubating spaces will look for similar facilities upon graduating from these programs.

The creation of mixed-use developments in the suburbs and tertiary markets is also providing the walkable amenities that have contributed to making coworking so popular in urban areas. At a September 2018 joint conference between NAIOP and GWA, a panel discussion lead by a CBRE industry veteran spoke about CBRE’s recent study which indicated millennials, upon having children, have overwhelmingly decided to move out to the suburbs for a few reasons. These included wanting more space, which was more financially available in the suburbs, as well as a perception that the suburban neighborhoods are safer to raise children in.

Another featured speaker at the conference made the comment that the only work environment many millennials have every experienced is coworking. This means they will likely demand similar working environments and flexibility in any future new communities.

Franchising models like VentureX and Serendipity Labs have hastened the pace for coworking to make its way into tertiary and suburban markets. Both organizations have announced selling franchises in suburban markets like Atlanta, as well as second and third tier markets, such as Raleigh-Durham, N.C.; Greenville, N.C.; Charleston, S.C.; Charlotte, N.C.; and Nashville, Tenn.

WeWork, SPACES, and Industrious have also made several announcements in these southeastern markets, as well as other similar size markets around the country.

For many smaller markets and cities, Chamber of Commerce and Economic Development entities are starting to view coworking as a way to promote entrepreneurism and showcase their cities or municipality as both forward thinking and on the leading edge of innovation.

Augusta, Ga., with its fast-growing cyber security industry, is embracing coworking for that very reason. Margaret Woodward, Augusta’s visionary executive director of their Downtown Development Authority, shares that “the millennial workforce is returning to the city center in Downtown Augusta at a rapid pace. We are excited to have coworking options in the heart of downtown as well to foster the entrepreneurial spirit of these millennials and cyber related workforce.”

As coworking makes its way into the suburbs and tertiary markets, there will be differences in the coworking of today and that of tomorrow. Footprints for many coworking models could be smaller and there will likely be more partnerships between coworking operators and building owners.

Although overall footprints for coworking spaces may be smaller than their urban counterparts’, sizes of suites with coworking may increase. Activity for larger suites (15 or more) has been trending up for the past twelve to eighteen months. Reasons for this increased activity could be a combination of corporate America coming to the realization that, in order to attract and keep the best workers, more creative and collaborative space is being required by the global force. Additionally, the upcoming accounting changes whereby any lease over 12 months will be required to be on a company’s balance sheet as opposed to their profit and loss statement.

As in the movie, Field of Dreams, “build it and they will come”, may not be a bad approach for creating coworking environments in the suburbs and secondary markets.