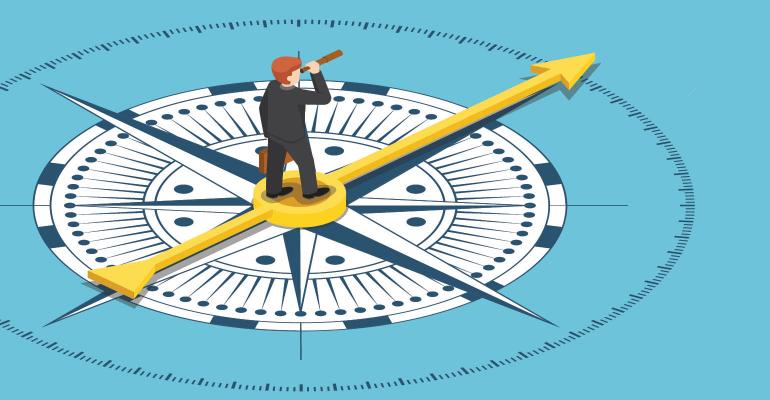 As 2018 comes to a close, NREI sat down with Urban Land Institute’s Global CEO Ed Walter to talk about what’s on the horizon for the commercial real estate industry in the next 12 months. Walter, a former Steers Chair in Real Estate at Georgetown University’s McDonough School of Business and the former CEO, president and director of Host Hotels and Resorts, discusses whether commercial real estate investors should prepare themselves for a downturn, which property types will offer the best returns in 2019 and the seismic shifts happening in the retail sector.

NREI: What are your expectations on the timing of the next economic downturn; are we at the cycle’s peak?

Ed Walter: The Urban Land Institute runs a survey twice a year in which we look out the next two years. We survey approximately 40 economists who focus on real estate and who use that real estate lens as they think about the overall economy. They don’t forecast a downturn in either 2019 or 2020; but they do expect to see economic growth weaken in 2019 and the year after. We experienced a boost from the tax cuts (in 2018), and year-over-year you won’t see as big of a delta in corporate earnings. Absent an economic problem or some other crisis, we don’t see the industry’s peak (at which a downturn begins) being achieved in either 2019 or 2020.

NREI: As we enter 2019, which property types will be most attractive to commercial real estate investors?

Ed Walter: The sector that has been the hottest as of late has been industrial. That’s for a couple of reasons. The first is that going back to 2008 and 2009, there was overbuilding in that sector. Consequently, during the first part of this recovery, industrial underperformed the other property types, which delayed new construction. Second, you have a strong focus on Internet retail and new models for distribution. With the growth of Internet retail, there is accelerated demand for distribution space that has translated into a very favorable supply-and-demand ratio. We are continuing to see industrial vacancies trend below long-term averages, and that translates into very strong returns for the industrial segment on a going-forward basis.

The other segment that is doing reasonably well is the apartment segment. It’s not as robust as industrial, but the vacancy rate is running under the long-term average. There is strong demand for apartments. Given the challenges on the affordable single-family housing front, apartments have strong appeal for people who might otherwise prefer to buy.

Ed Walter: Retail is not doomed, but it is evolving. Retail vacancy rates are still below 10 percent, so it’s not as though the retail segment has gotten crushed. But on the other hand, I think a lot of the major retail owners believe we have more retail square footage in the U.S. then what we need, and slowly but surely, the less desirable locations are being repurposed and coming out of the system. But well-located retail—the top malls, the top strip centers—have been quite successful. The mix of businesses in successful retail centers has changed and likely will continue to change. Experiential, service-oriented retail is increasingly a bigger part of the mix of successful retail centers than it might have been a decade ago.

Ed Walter: For more than the first half of this real estate cycle, the top markets were the gateway markets. That is where all the capital went as there was a perception that those were the safest markets. As a result, those markets experienced some of the higher levels of supply. However, our “Emerging Trends” report, which lists the most favorable markets for investment and development over the next year, has identified a trend toward smaller cities as the top markets. Our latest report, which is for 2019, includes only one gateway city, Boston, in the list of the top 10 cities. The top 10 were Dallas, Brooklyn, Raleigh-Durham, Orlando, Nashville, Austin, Boston, Denver, Charlotte, and Tampa. With the exception of Boston, which is a 24-hour city, these are all what we describe as 18-hour cities. An 18-hour city is a city where people live near where they work and shop, and consequently, there is activity before work, there’s the workday, and there’s activity in restaurants and clubs after work. We’ve seen those cities become attractive because, at least on a relative basis, they are more affordable than the major cities, and consequently, because they are affordable, they are attracting higher-than-average employment growth.

NREI: What’s the outlook for the capital markets for 2019?

Ed Walter: The consensus among our group of economists is that a slight decline is likely for commercial real estate transaction volume and bank lending activity. In general, banks are being thoughtful and careful at this part of the cycle, because even though we may not be at the peak, people are beginning to think the peak may be coming, so they are being more cautious. In both 2016 and 2017, transaction volume totaled about $500 billion annually, and it is expected to decline to $475 billion in 2018. The expectation for 2019 is $450 billion, followed by a decrease to $415 billion for 2020. It’s a meaningful drop.

NREI: With the competition to place debt capital, is there a potential for loosening of lending standards?

Ed Walter: Banks that have been in the business for decades have gotten a bit more cautious, but on the other side of the equation, there’s a lot of capital that has gone into unregulated debt funds. Those other debt vehicles have the capital, they need to put it to work and they have been more aggressive about the terms they will accept in an effort to put that capital to work.

NREI: What do you see as the biggest challenges and opportunities for commercial real estate investors?

Ed Walter: What will drive the industry over the next few years is going to be how the economy performs. Sometimes there will be a situation in our business where supply will run amok, and you’ll need phenomenal growth in order for the industry to prosper and grow net operating income. I don’t see that as an issue, but we are dependent on economic growth. Right now, in general, the economic outlook looks fine. If growth slows, that’s a negative, but I don’t see anything that is a threat. Interest rates seem to be stabilizing and inflation seems to be relatively moderate, so all the general things you might be worried about don’t appear to be a threat today. Should global markets start to accelerate in their growth, then the U.S. should benefit from that.