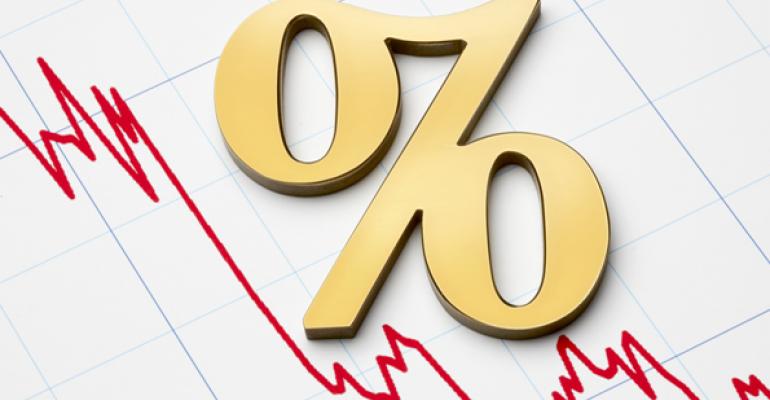 As a part of an investment and portfolio management regimen, one can track such metrics as replacement costs, peak pricing, spreads (cap rates over corporate and government bonds) and replacement rents. In the main global gateway markets—New York, London, Tokyo, San Francisco, etc.—all of these metrics, save average spreads, indicate that the assets in these markets may be overpriced and headed into bubble territory.

replacement cost became a quaint, old-fashioned metric, and replacement rents were replaced by ever-escalating rents based on forward-looking pro forma to make any acquisition and most developments look promising. Most tellingly, despite rising interest rates, spreads were below their historical averages in most core gateway markets, even becoming negative, seemingly driven by “animal spirits” and the sense that the market could only go higher amidst an environment of optimism, despite uneven fundamentals.

While spreads are wider today, fundamentals are generally improving and rates are very low, pricing does not justify current rents in many markets. Yields on prime core gateway properties have sunk to the 3 percent to 4 percent range, making the margin for error very slim, or null, if cap rates were to decompress as they did from 2008 to 2009. The situation is exacerbated, of course, by leverage. The last bubble was characterized by excessive leverage (sometimes reaching 90 percent or more) on many core assets in gateway markets.

The current environment is not that bad, but it looks likely to worsen in terms of these buying metrics. It will likely worsen with the wall of capital that keeps on rising and flowing to commercial real estate. The returns to private equity real estate over the last four and a half years have been very attractive, inducing more investment capital to enter the sector. Moreover, the United States has been one of the best real estate markets in the world over the same time period.

In this low-yield world, there really is no alternative investment for the kinds of attributes commercial real estate delivers—strong, yield-producing, hard assets; low correlations; low volatility and solidly appreciating assets (usually at or above the rate of inflation). Fixed income often returns a negative real return. Conservative bond portfolios, where interest rates should (over time) go up, are dangerous. Stocks have had a great run but produce very little income (average current dividend yield on the S&P is 2.1 percent) and are, of course, quite volatile even in the best of times. Moreover, interest rates have been and continue to be historically low.

Interest rates are likely to remain low and will rise only gradually. This is not just because of an accommodative Fed attempting to support the current ongoing tepid recovery, but also because of a Fed that would prefer not to cut off our noses to spite our faces. With the United States as the largest debtor nation on earth, we would be paying dramatically more on our debt service and our budget deficit would be that much worse if we had interest rates closer to the norm.

There are more important forces driving low rates. First, there are no overriding macroeconomic factors pushing inflation higher. In fact, we live in a world of falling inflation. Second, our economy is dominated by the service sector (about 70 percent). In real terms, the cost of labor in the United States has been declining for over a decade.

Moreover, the cost of goods—those made in the United States and, especially, imported goods—has been declining in both real and absolute terms. Just think of the laptop computer you just bought that probably cost a fraction of what you would have paid for it years ago and with ten times the features. Global Factor Price Equalization—originally theorized by Paul Samuelson and then mathematically proven by the Heckscher-Ohlin model—means that, in a world that is increasingly global and interconnected, the costs of services and goods is rising very slowly and, in some cases, even decreasing. When we can mix and match the factors of production for both services and goods around the world with increasing ease and speed, we can access the less expensive labor and more efficient (cheaper) processes and production platforms. In a word, this is globalization and it is only continuing to accelerate. In the coming years, we will be worrying more about deflation, disinflation, falling wages and growing income inequality than we will about inflation.

Thus, in a low rate-low yield world, income producing, core real estate looks relatively attractive. If we expect rates not to rise dramatically in the near future, the current spread levels appear relatively attractive. Though spreads and cap rates should continue to compress, core-yielding real estate should continue to garner strong investment flows, particularly from investors with long-term investment horizons.

That does not mean that core gateway real estate is not an over-priced and, frankly, crowded trade. In fact, for investors with only short-term horizons, buying trophy assets at record high prices and record low cap rates is really rather dangerous. As rates gradually rise, those investors will be squeezed and those with highly leveraged assets will be wounded because, at these low cap rates, even a very small decompression is proportionally much more significant.

For those who can’t stomach this game of rate roulette, they might consider becoming more than just acquirers of core gateway assets. Some alternatives include: 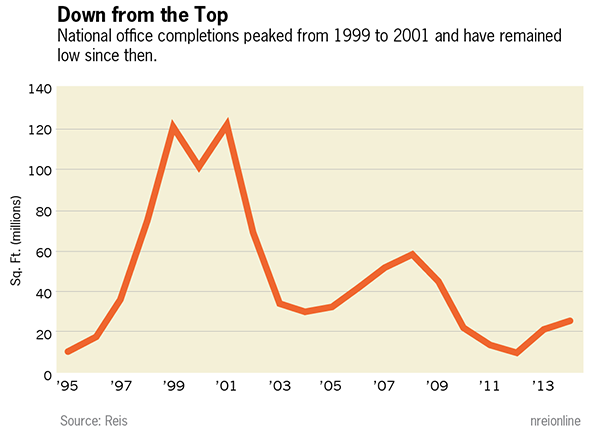 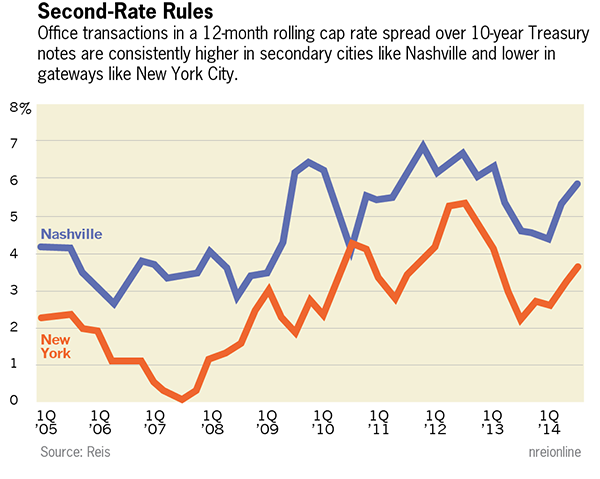