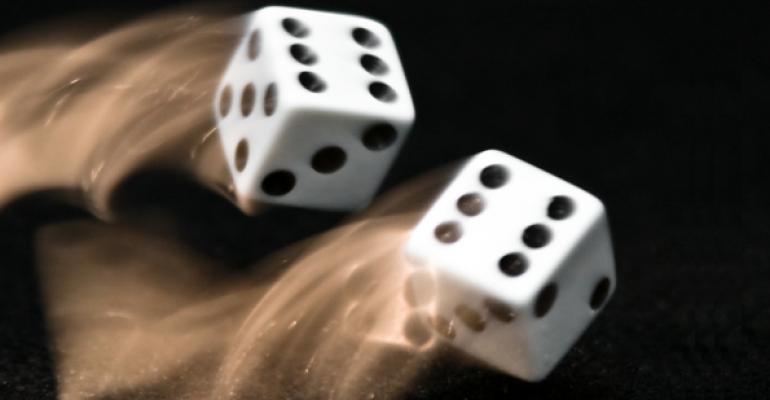 NREI spoke with Saunders about how hyperlocal and national crowdfunding portals differ and how underwriting risks can be avoided. An edited transcript of that interview follows.

NREI: The commercial real estate market seems to be heating up. Is that making quality deals a little harder to come by?

Marshall Saunders: That’s absolutely true. Right now, the market, especially in multitenant residential, is pretty hyperactive. I wouldn’t say it’s hyper-inflated, but it’s definitely hyperactive, so finding good deals takes a lot more due diligence. It means knowing who’s in the pipeline to sell before they even come to market.

It’s also about leveraging what investors would be interested in. A lot of people are looking to upsize their portfolio, so they’re going from like a 40-unit building up to a 400-unit building or complex, and they’re interested in 1031 exchanging that. So they’re very interested in dealing with someone who has more of an open timetable and is a little bit easier to deal with in regard to that transaction.

So you’ve got to leverage all that, but there is a risk, and right now I think we’re going to see a growing vacancy rates in the coming years. But don’t try to time the market. That’s a strategy that ends in failure 99.9 percent of the time. No one can predict the markets. What you do is make money on the buy side. You buy a good, solid investment with a good track record, you use very conservative numbers as to what your future revenue will be from that property, and then you make the smart buying decision: either buy it or don’t.

NREI: Do you think the crowdfunding market is getting overly crowded?

NREI: How would you characterize the average crowdfunding commercial real estate investor?

Marshall Saunders: The average person is someone of some means, who makes between $200,000 and $500,000 a year, which is a very good income, certainly. No one would deny that. However, they are not high net worth individuals. They’re not super wealthy. They can’t write a check for $500,000 or $700,000 or $1 million just to be part of an investment. As a result of that, because they don’t have that ability, or even if they could stretch and have that ability, they don’t want to risk that much money. They couldn’t live without that investment money.

These people are looking to spend $20,000 or $30,000 or $50,000 to invest through crowdfunding. This is not money that they have to get by cashing out of an IRA or selling stocks—they have it in their bank account. They can just write a check for $20,000 or $30,000 or $50,000. But they’re frustrated because all of the great investment opportunities go to high net worth individuals—people who can write those big checks. So we want to pool these people together. We act as the high net worth individual for them, and we get let in doors that are usually only reserved for high net worth individuals. But because we have so many people on our platform who will give money, we can be the single point of contact for a developer. That’s what we are finding—people of means with $20,000 or $30,000 or $50,000 to invest, but are not likely or allowed to be part of the usual investments in buildings and projects.

NREI: What risks is a crowdfunding investor up against?

Marshall Saunders: When it comes to a new development they’re at risk of losing every ounce of their money if they don’t do due diligence. That could mean not going through the process of getting city approval properly or making a mistake as to whether the land is buildable, all that sort of stuff. So the risk is pretty profound. People have to be told that and be very clear about that before they make an investment.

The standard risk that people face when they’re looking at our investments is that the vacancy rate goes up and the rental market drops. Either the amount of vacancy goes up or the amount of rent you can charge goes down, or perhaps both. In those cases, we finance everything 50 percent, so we have a 50 percent loan-to-value ratio. So we have a lot of leeway in our returns. But probably the most likely downside for an investor on our platform would be getting very little return, like only 1 percent or 2 percent return on our investment when we’ve prognosticated 5 percent or 7 percent cash-on-cash return. That’s the most likely worst-case scenario that we could formulate.

On the more commercial building side of it, it just depends on the economy and how many businesses are downsizing. Even businesses that are doing well are doing so with fewer employees, and therefore their need for commercial office space is somewhat questionable.

Marshall Saunders: There’s something to be considered between local investments and national portals. I think that national portals are not fully recognizing the risks of real estate, and many of them are advertising returns that are unreachable or unlikely. They’re not lying, but they’re being overly optimistic because they don’t know the local market.

That’s where we define ourselves differently than other national portals. We’re hyperlocal. We’re owned by four people who have been in real estate for over 100 years combined, and have been in the local market for the past 35 years. So we know our local real estate. We know Minnesota as a whole and we know the Twin Cities metropolitan area street by street. We know where, for example, there’s someone saying their building has a 5 percent vacancy rate and they’re overestimating, and we know where, a block over, if someone says their building is at 5 percent vacancy rate, that they’re underestimating.

I see a lot of national portals that will say 15 percent, plus or minus, on a vacancy rate—they’re using a huge aggregate of that area, they don’t know the area street by street. Hyperlocal community investment lowers a lot of the risk. Looking back on the economy that collapsed in 2008—the housing economy especially—a lot of the risk came about because it was being sold off and packaged and repackaged and packaged and repackaged and on and on. So the person that owned the risk was so distant from the actual risk that no one had a really clear sense of the underwriting of this risk.

They did not understand the risk at all, and that’s one thing I’m hoping to solve with this portal. When you take out a loan and buy a property and you live five blocks away or maybe a 10- or 15-minute drive, then you know the area and you know the economy. With a hyperlocal portal, the people that own the risk live and work and drive by the actual risk every day, and the distance between the investor and the risk is so removed that I believe fewer bad investment choices will be made.

Marshall Saunders: Not really. It seems like all these platforms are being valued by the number of investors signed up or the speed at which they’re closing transactions or the number of deals that they’ve launched, and really, those are not factors that have anything to do with success. Here’s what matters: Do you know your real estate? Do you know the local market? Have you returned to the investor exactly what you’ve said you’re going to do? That is what defines a successful portal.

Thus far, I don’t believe that people are valuing portals correctly. However, you’ve got to give them a break, because right now, that’s all they can do. Remember when websites were becoming proper? All we cared about were hits: “How many hits are you getting?” “Oh, my gosh, that website gets that many hits and that many visitors?” After a while, we started going, “Well, who cares?” I could care less if I get 1 million visitors if I don’t have the engagement of even 1,000 people. I’d be fine with even getting 5,000 visitors if I even got 1,000 people engaged with the site and interactive with it. I think we’re going to see, over time, that the number of investments, users and investors onboard and how quickly a portal can bring something to fruition is not a valuable way of judging a real estate crowdfunding portal. In some respects, in fact, it’s almost the opposite that’s true. If you’re dealing with due diligence on real estate, and you’re doing your underwriting on a real estate purchase, speed is not the most important thing. Thoroughness and knowledge and experience are the most important things. Whether you can do it quickly or not has really limited value.