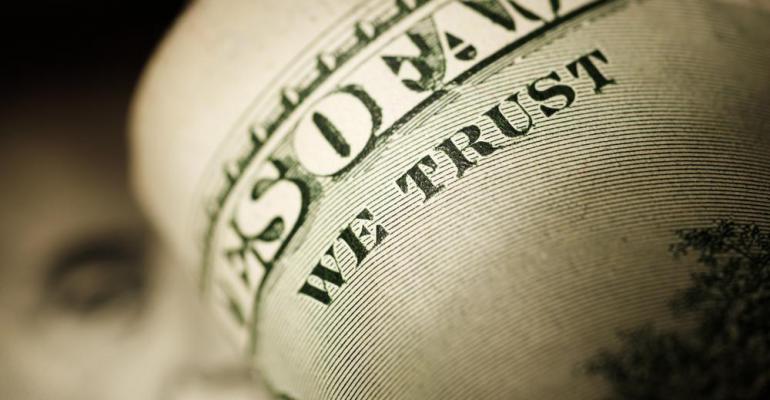 The maturing commercial real estate market has some institutional investors tweaking their strategies. Many investors are willing to take on more risk, while on the opposite end of the spectrum some are also pulling back on risk as prices rise.

Data clearly points to an investment market where investors have a bigger appetite for risk. Based on fund strategy, opportunistic and value-add closed end private equity real estate funds are bringing in the most capital. Opportunistic funds have raised $32.2 billion during the first half of 2015, which is nearly on par with the $33.3 billion raised in all of 2014. Value-add fund came in a distant second at $12.7 billion for the first half, while core and core-plus funds combined totaled $5.7 billion, according to London-based research firm Preqin.

“We are seeing institutional investors broaden their investment horizons in terms of where they are on the risk spectrum. Additionally, there is diversification in terms of product type, product class and geography,” says Jon Caplan, a vice chairman in the New York capital markets group of commercial real estate services firm JLL. More institutional investors are moving out from core and core-plus strategies to focus on value-add and opportunistic investments.

In New York City, for example, a number of institutions are increasingly participating in new development projects, notably in the multifamily sector. Investors are also pursuing class-B office projects more readily than they did five years ago, and they have loosened their criteria for retail and condo properties, adds Caplan.

JLL conducted a study of institutional investment activity in New York City in 2012-2015. Those findings showed that there were four hotel deals in 2012-2013 involving institutional capital. In 2014-2015 year-to-date there have been 15 hotel deals. Retail transactions are also up significantly. During 2012-2013 there were 14 retail deals compared to 35 retail transactions involving institutional capital from 2014-2015. So the market is definitely seeing more activity beyond core, class-A office properties, says Caplan.

In addition, institutional investors have become more willing to expand their geographic focus. In New York City that has meant moving from Manhattan to outer boroughs including Brooklyn and Queens. For example, TIAA-CREF acquired the recently developed 234-unit multifamily property at 250 N. 10th St. in Brooklyn from a partnership between Pennsylvania-based real estate firm LCOR, Inc. and the California State Teachers Retirement System (CalSTRS) for $169 million, or about $720,000 per unit.

The majority of assets owned by TIAA-CREF remain firmly rooted in core at about 65 to 70 percent. However, the company is also actively pursuing value-add and opportunistic investments in both the U.S. and globally.

“Our view is that there are ways to navigate well-placed value and opportunistic investments, as well as it being a very good time to be shoring up the core portion of your portfolio,” says Philip J. McAndrews, Jr., a senior managing director and chief investment officer of global real estate at TIAA-CREF Financial Services.

For example, TIAA-CREF has done repositioning projects at 475 Fifth Avenue and 685 Third Avenue buildings in New York City and is also investing in new construction projects underway in Miami and London.

Where investors are drawing the line on risk varies from firm to firm. The majority of institutional investors want to be involved in development more so than in the past, notes Caplan. “Even conservative investors are moving from core to core-plus. But it is not as though all investors are competing for highly opportunistic opportunities,” he says.

In fact, there are some examples where opportunistic investors are pulling back on those strategies due to the maturing commercial real estate recovery and rising prices. It was reported last month that the Carlyle Group is considering adding a real estate offering that focuses on “core-plus” investing with targeted returns of about 10 percent. That represents a more conservative offering for the firm that has traditionally focused on opportunistic real estate investments.

That announcement followed in the footsteps of other private equity firms that have made similar moves in the past year, including Blackstone and Rockpoint among others, notes Jeffrey Baker, an executive managing director at real estate services firm Savills Studley in New York City. In the real estate sector, it was very hard for private equity funds to raise opportunistic capital post-recession among risk-averse investors. Their universe had been burned so badly during the downturn that they were focused on lower risk core and core-plus strategies, says Baker.

As the real estate market recovered, opportunistic funds and private equity groups have achieved tremendous fundraising success and those funds have performed very well as markets recovered. “What is happening now in many respects is … the large opportunistic equity firms who have been successful in raising a lot of money, and also reaping very favorable returns over the last couple years, are finding it increasingly difficult to achieve the 18 to 20+ return targets without taking even more and more risk,” says Baker.

As a result, some of the large private equity firms have been looking to expand their reach into slightly less risky and lower return sectors, effectively core plus or value-add strategies, and they have been quite successful in being able to raise money for those strategies.

“So I think we do see some of the institutional investor universe becoming somewhat more conservative right now in that they are so concerned about market pricing becoming relatively expensive,” adds Baker.