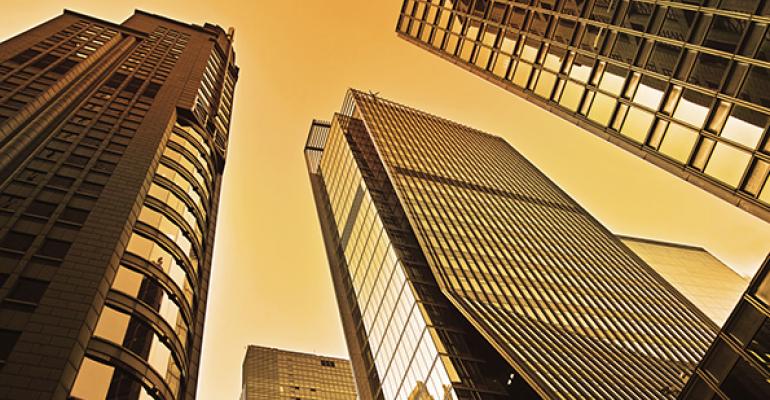 Investment sales volume in the commercial real estate sector jumped up 38 percent year-over-year in the first two months of 2015, to approximately $88.4 billion, according to the latest data from Real Capital Analytics (RCA), a New York City-based research firm. The figure represents a strong start to the year and was to a large extent driven by transactions involving the five core property types and portfolio deals.

RCA reports that portfolio sales and company acquisitions in the five core property sectors rose 69 percent in January and February, compared to the same period last year. Multi-asset deals and mergers/acquisitions were particularly prevalent in the retail and industrial sectors.

The volume of single-asset deals involving the five core property types went up as well, but the increase was more subdued at 24 percent compared to the same period in 2014.

RCA researchers note that the low 10-year U.S. Treasury rates in January and February, combined with increased originations by CMBS lenders and regional/local banks, were largely responsible for the uptick in trading volume at the start of the year. Last year, CMBS lenders were responsible for 27 percent of all commercial real estate loan originations, while national banks and regional/local banks accounted for 14 percent each. Government agencies, which typically focus on multifamily loans, were responsible for 16 percent of all originations.

It remains to be seen, however, how much a potential hike in interest rates later this year may affect the steady progress in loan originations and therefore transaction volume in the commercial real estate sector.

“Certainly if the 10-year U.S. Treasury climbs in a predictable steady path due to positive economic news such as positive job growth and steady corporate investment, a narrowing of the [spread over Treasuries] could be easy for lenders to manage,” RCA researchers write. “The real fear is that conditions do not evolve in a nice, steady path implied by consensus, but instead are driven by shocks.” 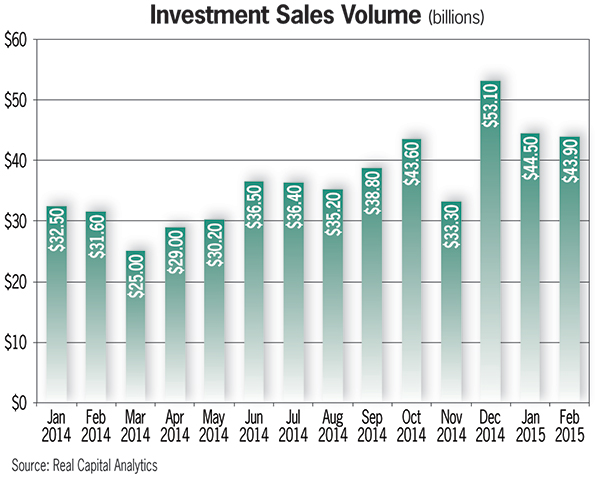