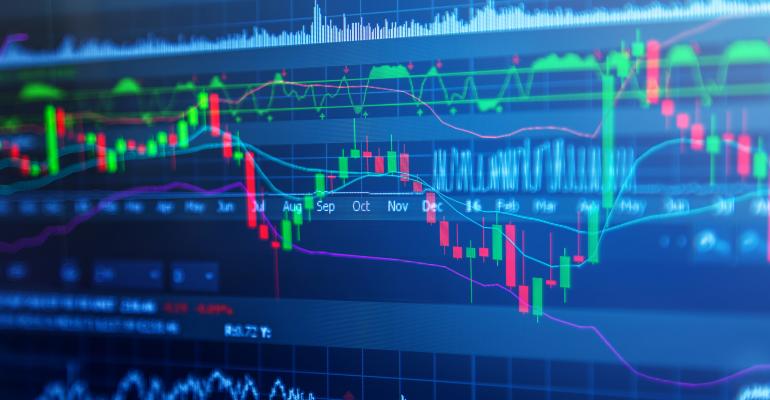 The slowdown in sales does not portend major trouble, as 2017 will still end with historically high deal volume.

Investment sales got off to a slow start in 2017, setting the tone for what will likely be a slump in overall transaction volume by year-end, according to industry experts.

However, the slowdown in sales does not portend major trouble, as 2017 will still end with historically high deal volume. Rather, this year’s figures seem low compared to the banner years of 2015 and 2016, says Jim Costello, senior vice president at real estate research firm Real Capital Analytics (RCA). “It’s going to get hard to get back to the previous peak levels,” Costello says.

While 2017 began slowly for all property types aside from the industrial sector, the primary driver for the decline this year is retail, Bakst says. Last year, the sector saw about $26 billion in sales in the fourth quarter, compared to $33 billion in the last quarter of 2015—and Bakst is not anticipating that this trend will reverse. As of early November, there has been $4 billion in retail investment sales so far for the fourth quarter, according to CoStar figures. The concerns weighing on the industry—such as the growth of e-commerce—seem to be affecting deals. “We continue to see some softening in the retail market,” Bakst says.

Sales activity typically peaks in the fourth quarter, but any rebound should not be taken as a change in overall market direction, Andy McCulloch, managing director of real estate analytics at Newport Beach, Calif.-based research firm Green Street Advisors, said in an email. M&A and portfolio sales can also impact individual quarters, he noted. Portfolio sales were up 3 percent year-over-year in the third quarter, but single-asset sales were down 13 percent, according to RCA data.

Despite the slowdown in activity, price growth increased in the third quarter, as prices were up year-over-year by 7.5 percent, according to the RCA report, which also noted that prices are now 20 percent higher for all property types nationally compared to a decade ago when the world was on the verge of the financial crisis. This could account, in part, for the persistent bid-ask gap that has emerged. “I think it’s just signaling that buyers and sellers are further apart,” Costello notes.

Ten-X, an online real estate transaction marketplace, recently analyzed this sentiment over eight quarters from 2015 to 2017, and it appears the bid-ask gap is present and affecting deal volume, says Peter Muoio, chief economist at Ten-X. The firm found that there was a 4.7 percent price expectation gap across all segments on average. The apartment sector saw the biggest gap, of 7.2 percent, and the office sector saw the smallest, at 1.7 percent.

“A year to two years ago, it was much frothier—many more people were showing up at these sales,” says Michael Goldman, senior vice president of acquisitions and finance with Golub & Co., a Chicago-based development and investment firm. “There are many properties whose pricing does not align with buyers’ expectations, and those properties aren’t selling,” he adds.

Still, Goldman describes the overall situation as uneven. “We’ve had both experiences,” he notes. For example, the firm bought an apartment building a few years ago and renovated the common area and half of its 300 apartments. That building, the sale of which is expected to close later this year, saw a lot of interest from buyers who were drawn to the fact that only half of the apartments were fixed up. These buyers saw an opportunity to raise their future returns by renovating the rest of the units themselves, Goldman says. Meanwhile, another apartment building the company was trying to sell that was completely renovated drew fewer interested buyers, as buyers did not want to pay top-of-market prices, he notes. “The response from the market was, ‘there’s nothing left for us to do,’” he adds.

Many sellers, who may not get the price they want for their property, are also pulling back, choosing not to sell but rather refinance, Goldman says

Another issue weighing on buyers’ and sellers’ minds and potentially contributing to the bid-ask gap is the length of the business cycle—the second-longest in modern history, and there is a psychology developing where people are wondering how long it will last, Muoio says.