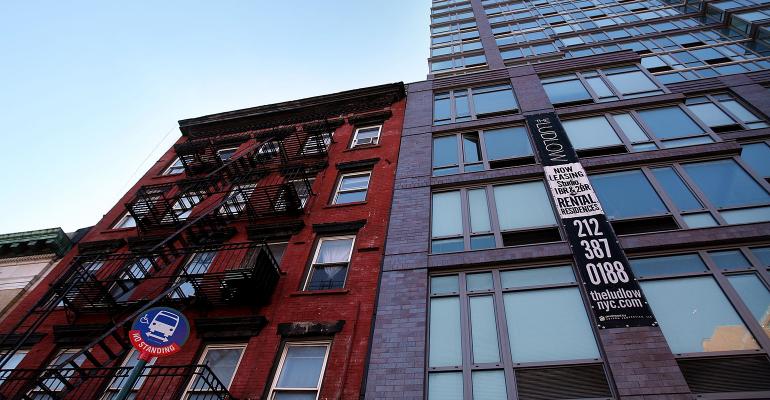 Favorable economic and regulatory conditions coupled with resistance to technology disruption have created potentially favorable conditions for this asset class.

One of the privileges of presiding over a financial product platform for independent wealth managers is the opportunity to observe which investment themes might resonate with advisors and their clients. In that regard, multifamily real estate is an alternative investment asset class that has demonstrated meaningful interest in 2017. As an asset class, multifamily real estate represents a broad range of residential properties that contain at least two housing units; these housing units are adjacent to each other and share infrastructure which might include walls, amenities or utilities. Multifamily real estate is a widely held strategic commercial real estate asset class, and is often pursued at scale by private equity and institutional investors. Independent financial advisors have also taken notice; in a survey of over 700 wealth management members of the CAIS platform, 66 percent were exploring private equity, and of those 51 percent were interested in real estate opportunities.

Investor sentiment for private real estate funds remains positive, with 95 percent of investors indicating that their real estate investments have met or exceeded their expectations over the past 12 months. Fund raising has also remained strong as is evidenced by the record levels of dry powder available, according to data provider Preqin. As fund managers look to put capital to use, macroeconomic factors and banking regulations continue to validate the consideration of multifamily properties.

Macroeconomic trends that have persevered through 2016 and 2017 have created demand for rental housing; these trends include:

There are also demographic drivers contributing to rental demand. Millennials, who will represent a total population of 70 million by 2024 according to Yardi Matrix, prefer to spend their money on experiences like travel rather than buying homes. Millennials are often saddled with higher student loan debt than previous generations and are deferring important life decisions such as marriage, having children and buying a home until later in life. This trend is powerful in its own right and has increased the number of renters by over 1 million since the beginning of the decade. However, other important demographic forces are also at work; empty nesters are downsizing to low-maintenance rental properties such as townhomes and have increased the number of renters by 4.3 million since the start of the decade.

One of the most lasting effects of the global financial crisis is a more rigorous regulatory environment to mitigate a recurrence of the housing appreciation boom and attendant loose lending practices that caused the crisis and impacted consumers, asset managers, insurers, and banks worldwide. Regulations like The Dodd-Frank Wall Street Reform and Consumer Protection Act, the Volcker rule, and The Housing and Economic Recovery Act of 2008 require financial institutions to secure stronger capital and liquidity positions, and have spawned new regulatory bodies like the Consumer Financial Protection Bureau (CFPB). More stringent regulations and practices from the CFPB have influenced how lenders make loan decisions and have left consumers facing tougher criteria to secure a home mortgage as lenders have reduced their mortgage volume.

The new administration has articulated an interest in loosening, if not eliminating, many of these regulations and agencies. Although the president has signed an executive order to review major tax regulations set by the outgoing administration, any repeal of the regulations has yet to be realized.

Potential Opportunities in the Multifamily Market

According to the U.S. Census Bureau, the number of renter households has steadily increased in 2015 and 2016 (2.7 percent and 2.3 percent, respectively). However, given the economic hardships previously mentioned, renters are being priced out of Class A rental and metro markets. There are also fewer investment opportunities in these markets. As a result, fund managers have begun to look toward secondary markets for opportunities. The REIS annual report shows new construction has increased in several places including Fort Worth, Colorado Springs, Atlanta and Raleigh. According to Freddie Mac, rent growth in these markets has steadily grown in 2017, while the rent growth for the Class A properties in metro areas has declined as vacancies have elevated in these markets.

Overall, conditions appear to favor growth in the multifamily real estate asset class. Looking beyond 2017, the demographic makeup of our population should continue to support renting as the millennial population continues to grow and baby boomers look to downsize. Economically, the status quo should produce rent growth near its current pace, while more favorable macroeconomic conditions could potentially push rent growth upward in major metropolitan markets; of course, any economic volatility could change the outlook.