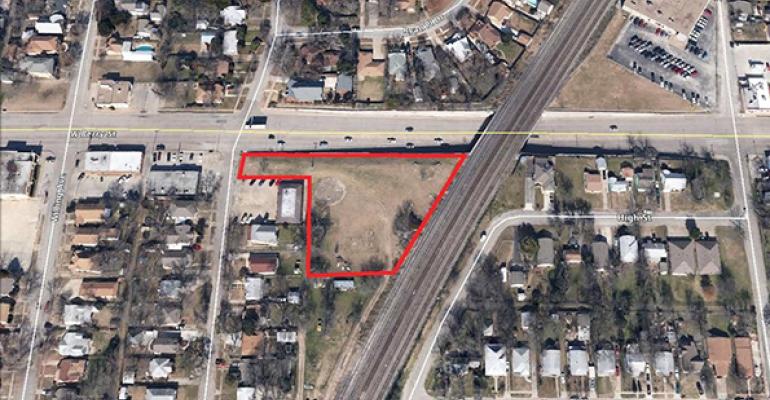 Land Rush Is Heating Up Across All Commercial Sectors

The race to purchase premium building sites is heating up amid a growing wave of construction activity.

“Development activity in general has increased substantially in the past 24 months,” says Dave Menke, president of Opus Development Co. in Minnetonka, Minn. The availability of land sites today depends on the geography and the property type. However, urban sites in particular are highly sought after, and in most cases, are at or even exceed pre-precession pricing, Menke adds.

Opus is actively developing—and acquiring land—across multifamily, office, industrial and retail sectors. The developer is involved in a variety of projects, ranging from greenfield industrial projects to apartments in Central Building Districts (CBDs) and office buildings. For example, Opus recently purchased about 50 acres in northwest suburban Minneapolis for a proposed mixed-use development.

“Real estate has not changed. Location is key, whether that is for industrial, office, multifamily or retail. So we’re highly focused and driven to find the very best locations for the respective product types,” says Menke. “Our competitors are also trying to do the same thing, which often drives us to the very same spot.” As a result, there is continued competition and continued upward pressure on land prices, he says. The only qualification to that is that sometimes land owners have unrealistic expectations for their property’s value based on the allowable density and specific zoning, he adds.

Land sales have come back fairly strong since the depths of the 2008 recession. Although annual land sales are still shy of the high water mark of nearly $30 billion that was achieved just prior to the recession in 2007, they have rebounded to nearly $21 billion in both 2013 and 2014, according to data from Real Capital Analytics (RCA), a New York City-based research firm.

What is notable in many markets across the country is the voracious appetite for prime urban sites. Developers in many metros are responding to the shifting desire, especially among the millennials, to live, work and play in and around city centers.

“We have had tremendous activity in sales of land for apartment development, probably the biggest boom in 25 years in the Denver area,” says Craig Paton, vice president, capital markets, with commercial real estate services firm Transwestern in Denver. The majority of those units are being built in downtown Denver or along transportation corridors where there is access to light rail.

The preference for urban living, along with the fact that downtown and CBD areas are leading the suburban markets in the office market recovery, is fueling demand for urban sites for both residential and commercial development. Many of the development sites are old warehouses or retail sites that are being repurposed or razed to make way for new projects.

“The true urban development sites are few and far between. So it is extremely competitive when they hit the market,” says Scott Dragos, senior vice president, capital markets, with Colliers International in Boston. Colliers is selling 135 Morrissey Boulevard, which is the former Boston Globe site.

“We have seen a ton of activity on that from both the foreign (investor) side and the national side,” says Dragos. The plans for the 16.4-acre site range from renovating and repurposing the existing 815,000-sq.-ft. facility to razing the existing building to build a new mixed-use project that would include a combination of live-work-play elements.

“When we take properties out to the market on the development side, we’re seeing anywhere from 10 to 15 bids. It is a competitive process, with a healthy mix of local, national and foreign players,” says Dragos. “That really leaves us to believe that through 2015 and 2016 we are going to have a pretty healthy ride here, at least in Boston, with demand showing no signs of easing up.”

Price per acre in Boston is anywhere from $5 million to as high as $20 million, depending on location. Sites for true urban class-A office locations are pushing $100 per buildable sq. ft. for land costs. On the apartment side, land costs on running at about $60,000-plus per key for permitted sites. “Those numbers have steadily increased for the last five years,” says Dragos.

In Denver, some sites are meeting or exceeding record pricing levels, adds Paton. “It is not uncommon to see pricing in cowntown Denver for $200 per foot for just the land,” he notes. Apartment rents have exploded and office rents have also risen significantly, and that allows for the higher prices, he says. It is still a slightly different story in the suburbs, where the pricing power of landlords is not as strong and land prices have been slower to recover, he adds.

Land sales specific to suburban residential development, for example, have lagged the recovery in markets such as Denver. In 2013 and 2014, home builders were pretty aggressive in buying previously improved lots from bank-owned or foreclosure situations. But much of that inventory of distressed property has been sold, notes Paton.  Home builders are now starting to buy properties that need entitlement. “However, the home building industry, while being much better off than it was three or four years ago, has not seen the resurgence coming out of recession as in previous recessions,” he says.