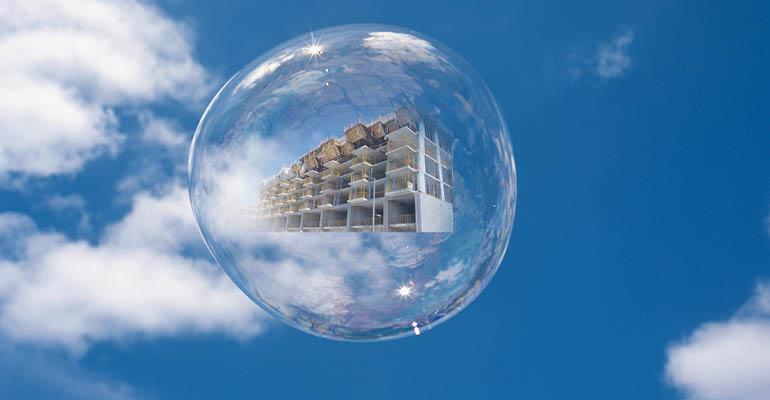 Learning from Past Mistakes: Avoiding the Next Real Estate Bubble

While at first blush immediate expensing appears to be a huge tax break, the honeymoon period would end with a crash when the write-off period ended.

The time may be right for comprehensive tax reform. However, certain proposals floating around Capitol Hill could do far more harm than good, drowning real estate investment and taking down markets across the country along with it. Congress should not attempt to fix what is not broken.

Particularly troubling are proposals to change the taxation of real estate investments by allowing investors to immediately expense the full value of improvements or buildings (land is not included). While at first blush immediate expensing appears to be a huge and unprecedented tax break—real estate investors would pay virtually no taxes in the first few years of the investment—the honeymoon period would end with a crash when the write-off period ended.

Nationwide, commercial real estate values have eclipsed their previous peak in 2007 by 23 percent. Real estate doesn’t need the stimulus that immediate expensing would create. Immediate expensing is akin to turning real estate into a speculative stock. Current depreciation levels are appropriate for this long-life asset class.

Under immediate expensing, the excess tax shelter resulting from the preliminary write-off could be used against other income and investments. This could cause a massive flow of capital into real estate, driving up real estate prices without changing the fundamentals. Bu the tax man would soon come calling, since immediate expensing’s rewards demand eliminating the depreciation deduction. The result? Taxable income that would exceed cash flow.

Immediate expensing would force well-financed investors into a pattern of flipping properties and trading up every few years to enjoy more tax shelter benefits. This cycle could not be sustained. Eventually, the real estate market, like Jack and Jill, would come tumbling down.

Real estate investment is no nursery rhyme or fairy tale. The health of the real estate industry affects every person across the nation who needs a place to live and work.

It is nearly certain that immediate expensing would create a bubble. We remember too well what happens when a bubble pops. All the wonder of this beautiful, fanciful creation dissipates in a heartbeat.

Bubbles burst when valuations get into realms that make no fundamental economic sense, or when investors run out of resources—usually when credit starts to tighten or when the rules change again. Aggressive tax incentives were put into place by Congress in 1980 to jumpstart the economy. With real estate in recession, depreciation schedules were cut in half. Real estate investors responded with alacrity, making investments on a gigantic scale. But it was too much of a good thing, creating a bubble of “see through” buildings that were built as tax shelters without regard to tenant demand, which was negligible. These buildings remained largely empty. Eventually, Congress lengthened the real estate depreciation schedule, correcting its mistake in 1986.

The party came to an abrupt end.

Congress’s actions triggered a major correction and decline in values. This was a contributing cause of the Savings & Loan crisis, in which thousands of financial institutions failed, requiring a government bailout of more than $125 billion, paid for by the taxpayers. In today’s dollars that would be $281 billion. Let’s not go there.