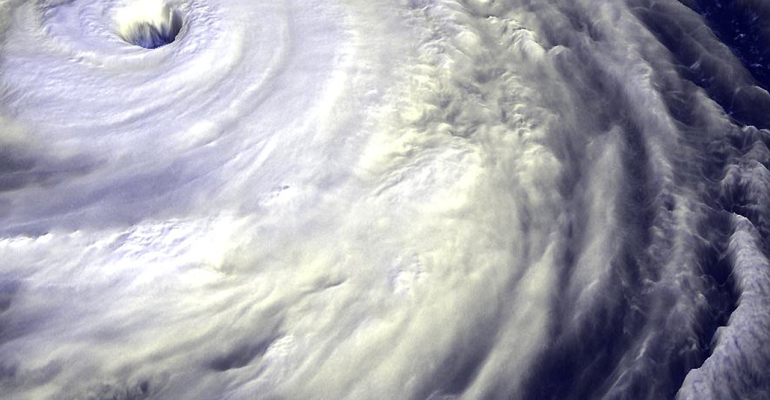 Climate and catastrophe risk experts are bracing for a wave of extreme weather events in the coming months and years, as the current El Niño system strengthens to unprecedented levels and the potential for stronger seismic events in the U.S. increases.

El Niño, which causes flooding, drought, wildfires and winter storms, is showing no sign of cooling after causing $12.6 billion in natural catastrophe losses during the first half of 2015. In fact, on November 8, 2015, the El Niño index, a measure of Pacific Ocean temperatures, set a record of 2.8, the warmest in recorded history, according to the National Oceanic and Atmospheric Administration.

Meanwhile, catastrophe risk experts are also concerned about recent scientific studies showing evidence of an elevated risk of seismic activity in the United States. According to new research, the New Madrid fault line, which has been more active in recent years, has a greater range of potential earthquake magnitude than previously imagined. The New Madrid Seismic Zone extends through parts of Missouri, Arkansas, Tennessee, Mississippi, Kentucky, Indiana and Illinois. 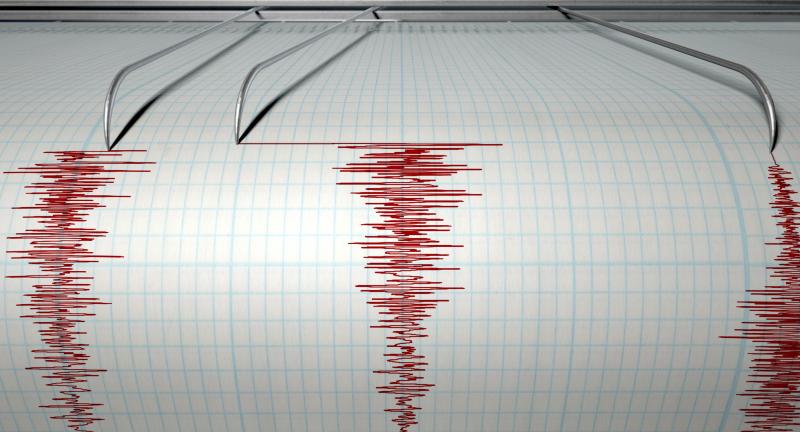 Another study produced by NASA’s Jet Propulsion Laboratory is also disconcerting. It predicts a high probability of a significant earthquake striking the greater Los Angeles area within the next three years.

Given these concerns, many businesses are stepping up their catastrophe risk management programs going into 2016. In the real estate industry, for example, companies are not only planning for a Black Swan event, but for more frequent and costly natural catastrophe events to occur.

Although it’s impossible to predict what the future will bring in terms of natural disasters, the following outlines three viable catastrophe risk management solutions that real estate decision makers can implement to better manage their catastrophe exposure and ultimately their financial position.

Off-the-shelf catastrophe deductibles, if structured incorrectly, can be very punitive in the event of a loss.

For example, a common catastrophe deductible applies as a percentage against all values at an affected location, typically in the range of 2 percent to 5 percent. Understanding how the deductible would perform in the event of a catastrophe event is essential. 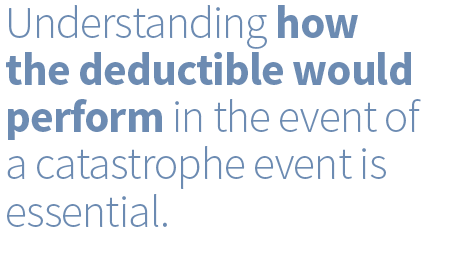 Case in point: the chief financial officer of a company that owns and manages garden style apartment buildings in the Southeast reviewed the company’s property catastrophe program. The firm had its existing deductible language evaluated and found that the deductible would apply against the total values at an affected location, regardless of the number of buildings damaged. Using this method, the highest potential deductible was 5 percent of $30 million, or $1.5 million.

Based on this finding, the policy wording was refined to apply on a per-unit-of-insurance basis and against the values declared at inception. This revised deductible language created assurance for the CFO, knowing that the probability of damage to every building at a given location was low.

Changes to flood zones during the course of a policy year can create underinsured exposure for property owners and managers. The financial impact of such changes typically surfaces in two areas:

For example, following significant flooding in Central Texas, a real estate owner suffered $2 million in damages to a building that was previously designated as being outside of the most hazardous flood zones.

The company was not aware that FEMA had adjusted flood maps during the policy year, and several of its properties were now deemed to be in hazardous zones. The insurance carrier paid the claim based on a $1-million limit for high hazard flood zones and the company suffered an uninsured loss of $1 million. After this occurred, the firm’s broker modified the policy language, thereby eliminating the carrier’s ability to reduce coverage if flood zones changed during the policy year. A hard lesson learned and one that won’t need repeating for this company.

Catastrophe modeling simulates a natural disaster event using a company’s location and building information to measure the potential loss that could occur. By relying on this modeling approach in the pre-underwriting process, appropriate limits can be established on actual risks. Leveraging this data enables risk managers more negotiating power with carriers, resulting in securing the most capital- efficient natural catastrophe coverage.

For example, a boutique hotel in Austin, Texas had high-value assets in its first floor lobby area. The hotel’s previous property coverage included $5 million of flood coverage. By modelling the flood risk, it was determined that the hotel was exposed to flood damage of up to $6.5 million. Based on this finding, the hotel purchased additional flood coverage to address the $1.5 million potential coverage gap.

The examples and case studies above underscore two important facts about catastrophe risk management: the right partner makes a big difference and proper planning and evaluation are the surest way to stay ahead before disaster strikes.

Brian Dove is USI’s national real estate practice leader and is based in USI’s Dallas office. To learn more about USI ONE, contact Brian at [email protected] or 214-443-3280.