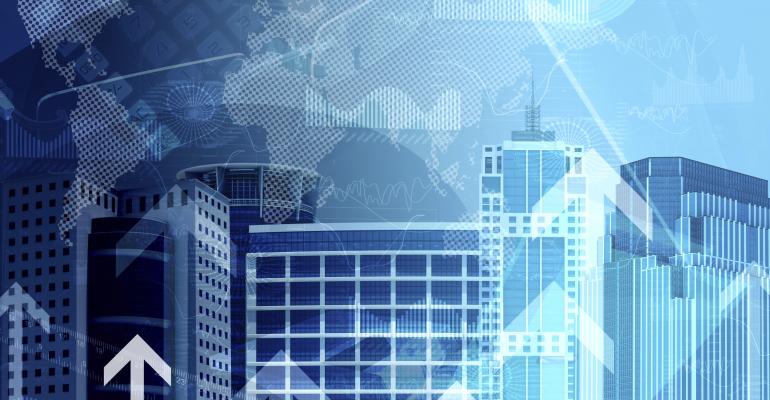 No Reason Yet to Fear a Bubble, CRE Industry Pros Say

Billion-dollar portfolio purchases are making headlines, bond yields are still razor thin and REIT property values are still high. With industry conditions like these, the commercial real estate market is beginning to look a lot like 2006-2007, when it was racing toward a painful correction.

As the market heads toward the close of the year, industry experts are already wondering, “Are we seeing another bubble emerge in the real estate market, and if so, what is in the road up ahead?”

Investors have been bullish about real estate—and sending prices up—for at least five years. Indicators of a potentially overpriced market began appearing in October, after a string of blockbuster deals hit the market. Blackstone led a $5.3 billion purchase of the Stuyvesant Town-Peter Cooper Village apartment complex in New York City, and Starwood Capital Group, a global private investment firm, purchased a portfolio of 23,262 institutional-quality apartments from Equity Residential, also for $5.3 billion. Global Logistics Properties is expected to close on the purchase of Industrial Income Trust’s portfolio for $4.5 billion. It is just one deal that will push transactions in the industrial sector past 2014 volumes.

Signs of overheating are also emanating from the publicly-traded REIT sector, where premiums to unlevered asset values (UAV) had been escalating for about three years between 2010 and 2013. Those excess values have tempered somewhat, particularly in the last several months, yet UAV premiums of late have resembled where they were in the latter half of 2007, according to “The Ninth Inning,” a recent report from Newport Beach, Calif.-based research firm Green Street Advisors. Whenever those premiums have been rich, the market has seen outsized property appreciation.

“Values for institutional quality real estate have doubled in the past six years, and are now 20 percent above the prior peak that the market reached in 2007,” says Andy McCulloch, managing director of real estate analytics at Green Street. “This creates a level of fear, but are we in a bubble? Green Street doesn’t think so.”

Asset values are close to a peak, yet solid economic drivers continue to promote healthy real estate development activity. Low oil prices have kept a firm rein on costs for construction, logistics and manufacturing, even when balanced out with rising labor costs. New developments on non-residential properties are increasing, and at a measured and sustainable pace, according to industry data. Total construction spending on commercial real estate is projected to be close to $360 billion in 2015, up 12.3 percent from last year.

Statistics from the American Institute of Architects (AIA) suggest that developers do not have to fear runaway construction expenses. If new construction hits the $390 billion projected for 2016, the industry would still be down 10 percent from its most recent high in 2008, according to the AIA.

That might reassure professionals who are keeping a close eye on rising labor costs, as part of overall construction expenses. Corporations can expect to recoup some of those costs through consumer participation in the economy, according to Calvin Schnure, senior vice president of research and economic analysis for NAREIT, an organization that represents REITs.

“Rising labor costs will also boost consumer spending power, which will help make the fundamentals sustainable,” Schnure said. “As long as profit margins remain wide, executives will be happy with it.”

Moderation appears to be key when it comes to using credit, too. Commercial banks drove new loan originations to $106.3 billion in 2014, helping commercial real estate finance volume reach a total of $399.8 billion last year, up 12 percent over 2013, according to the Mortgage Bankers Association (MBA), an industry trade group. Institutional investors, Fannie Mae and Freddie Mac, REITS, mortgage REITS and investment funds accounted for about $191 billion in production. Those are healthy numbers, but the financing market is lending at a much slower pace than during previous cycles.

“The CMBS market has only recently been active in bringing new capital into the market,” Schnure said. “Looking at the seven years that have passed, the industry has been largely refinancing existing debt, while it has been slow to increase the amount of new debt.”

When it comes to borrowing costs, the market has already factored a December interest rate increase into pricing for pending deals, so when industry professionals talk about an increase in the federal funds rate, they are talking about the Fed’s anticipated plan to slowly restore rates to previous historic levels.

“All of this noise is not about 25 basis points,” says Rick Jones, chair of the finance and real estate groups at Dechert LLP, an international law firm. “It’s about a return to the mean.”

If the Federal Reserve continues to increase borrowing costs after December, then the federal funds rate could be at 1.25 percent by next spring, when the lending environment will begin to look more familiar to those who have been in the business for 20 or 30 years, Jones said.