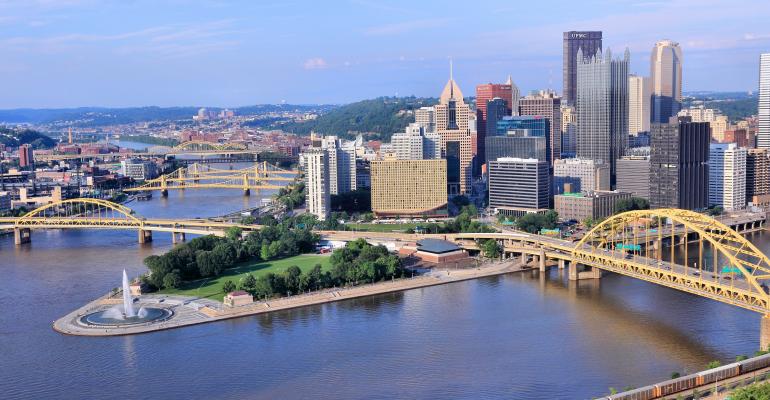 Is Pittsburgh The Next Austin?

Though perhaps best known for its prominent role in the steel industry from the late 1800s through the early 1980s, Pittsburgh is beginning to look like an emerging tech hub.

With Facebook’s big announcement in January that it would open a research center for its Oculus virtual-reality division in the city, the social media giant became the latest in a string of major tech companies, including Google, Apple and Uber, to open offices in Pittsburgh in the past few years.

Can Pittsburgh follow in the footsteps of Austin and make the jump to tech hub? And which commercial real estate lenders might benefit if it does?

The young and the educated

One important element to consider is the age and education level of the city’s population. Pittsburgh fares particularly well in attracting young talent, even as the city’s overall population decreases.

A 2014 report that assessed the percentage of residents in the 25-34 age group who have a four-year degree ranked the Pittsburgh metro area No. 8, ahead of cities including Austin, Seattle, Denver and Nashville. But perhaps more telling is the level of change Pittsburgh has seen since the beginning of the 2000s. The report, by the City Observatory think tank, placed Pittsburgh second nationwide in the proportional increase in residents aged 25-34 who attained a four-year degree, a rate that rose from 33.6 percent in 2000 to 43.8 percent in 2012.

Pittsburgh Mayor Bill Peduto has likened the minds of the students coming out of those schools to the resources that originally drew the steel industry to Pittsburgh 140 years ago. “They don’t need an infrastructure of raw materials,” Peduto has said. “CMU and Pitt are the factories churning out that talent.”

On the other hand, the Pittsburgh area has a higher unemployment rate than more than 100 other metropolitan areas, but at 4.3 percent as of December, it is still below the national average.

Although the raw number of venture capital-funded companies is significant, it is worth pointing out that just because more Pittsburgh businesses received funding doesn’t mean they got more money overall. Austin companies scored about $740 million vs. Pittsburgh’s $200 million, according to the Reuters ranking. Also, Pittsburgh came in at only No. 40 on a Kauffman Foundation ranking of U.S. startup activity in 2015.

Another indicator of growth is Pittsburgh’s per capita real GDP, which rose sharply from 2012 to 2014, the latest data available from the U.S. Bureau of Economic Analysis. The Pittsburgh area’s 5 percent growth during that period beat that of the Austin metro area and more than doubled the national growth rate (though Austin’s per capita GDP is higher in raw dollars).

Lending in the Silicon Strip

Several lenders could gain from Pittsburgh’s emergence as the home of what some are beginning to call the Silicon Strip—the area of the city that runs along part of the Allegheny River in the Strip District, where Uber’s driverless-car research facility and Apple are setting up shop, and stretches east to encompass the Oakland neighborhood that is home to Carnegie Mellon, the University of Pittsburgh and now Facebook, as well as Google’s Steel City location in the East End’s Bakery Square.

Naturally, this means there could be commercial real estate opportunities here, whether for players who already have a foot in the market or for newcomers.

Take the office building at 450 Melwood Avenue in the Silicon Strip area. Citigroup Global Markets is the originator of the $6.5 million loan for the property, which is part of a CMBS deal, but other players could have a chance to get in on the refinancing when it matures in March of next year.

Not far away, in the cultural district downtown, JPMorgan Chase and Starwood Mortgage Funding II, two lenders that have issued multiple office and industrial loans in Pittsburgh, each have significant loans on large properties.

In addition, office tenant leases in Pittsburgh that are due to expire in the next two years could provide ample opportunity for some real estate steals in Steel City.

Whether or not the steel capital of the Gilded Age becomes the next silicon city of the Internet Age remains to be seen. But whatever happens, savvy real estate investors will be keeping a close eye on this city of rivers and bridges that attracted robber barons long before it captured the attention of tech giants.