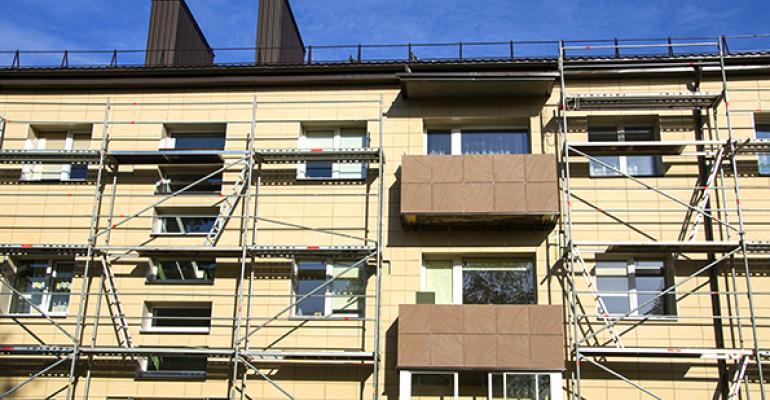 If you own or lease a building or have made improvements or repairs to that building in the past 10 years, chances are you're familiar with the IRS’s tangible property regulations (TPR). These complex regulations require companies to closely examine how they account for tangible property they acquire, produce, repair, improve or dispose of. However, common myths about the regulations mean that few companies go beyond compliance to uncover additional tax savings. It’s an opportunity worth exploring moving forward.

A TPR analysis for repairs and improvements looks at the building structure and nine building systems separately—as opposed to looking at the building as a whole—and applies a set of principles to determine if an amount expended should be a capitalized improvement or a deductible repair. In many cases, costs previously capitalized as an improvement may be deductible repairs under the regulations. However, if an amount expended requires capitalization as an improvement, you may still be able to benefit by recognizing a loss on the disposition of components of the underlying asset through a partial disposition election.

While the regulations became effective in 2014 and many companies performed some analysis to determine their impact, tax planning opportunities remain. Depending on your situation, you may be able to take advantage of these opportunities by filing an accounting method change—if you haven’t previously done so—or an amended return. To justify filing an amended return, the impact likely would need to be fairly substantial. Also, if you operate your business as an S corporation or a partnership, you would have to consider the effect on your owners because they too would have to amend their returns.

Myth one: Look-back opportunities are over.

Fiscal year-end taxpayers who haven’t yet filed their 2014 taxes are still able to take full advantage of look-back opportunities with retroactive claims. Taxpayers filing their 2015 return [or going through re-filings or appeals] may still be able to take advantage of some of the look-back opportunities, although the ability to make a retroactive partial disposition election no longer exists.

The opportunity to identify partial disposition losses going forward will always exist; it’s only the look-back opportunity that’s gone for most taxpayers. Partial dispositions, which generally occur when a business undergoes an improvement project, will need to be identified and included in the taxpayer’s return during the tax year in which the disposal occurs. If taxpayers don’t recognize the loss in the year in which it occurred, they may be out of luck.

TPR is here to stay. While the documentation and calculations of a TPR analysis can be challenging and complex, the benefits often outweigh the effort for taxpayers who are diligent each tax year with regard to loss recognition.

Many property owners don’t utilize these provisions and end up paying federal and state income taxes sooner than they need to. Here are some tips to help you uncover additional savings moving forward:

Segregate. Segregating the cost components of your building into the proper building systems to comply with the regulations, asset classifications and recovery periods for federal and state income tax purposes results in significantly shorter tax lives (five-, seven-, and 15-year) than the standard 27.5- or 39-year depreciation periods. In other words, you keep more cash in your pocket today by deferring taxes.

Document. To be able to substantiate current repair deductions or future partial disposition losses, it helps to allocate the overall building cost into the unit of property components when the costs are incurred and that vital information is more readily available. Some companies shred documentation after three to five years, eliminating invoice details. Reconsider that course of action for your building properties, because you could potentially need that detail 10 to 15 years from now. When subsequent work is performed, having those invoices may allow you to claim either a repair deduction or a partial disposition loss.

File. After the 2014 tax year, taxpayers make the partial disposition election simply by doing. What that means is that there are no special forms to fill out. Simply claim the loss on your current tax return and you’re in compliance. Also, if you’ve already changed your accounting method to comply with the improvement standards provided by the regulations, you simply report your deductible repairs for the year on your current year return.

Here’s an example: Company A acquired a $10 million apartment complex in 2014. At the time of purchase, Company A hired a professional to perform a cost segregation study, which resulted in additional depreciation of $1.75 million over the first five years. Additionally, the cost segregation professional identified the proper building systems to comply with the regulations.

If you don’t have the in-house resources or expertise to tackle these steps, consider a cost segregation study. It distinguishes personal property from real property, offers a record-keeping element and is a tax deferral strategy that front-loads depreciation deductions into the early years of ownership. Whether you’re building, remodeling, expanding or purchasing a facility, this study can also help you organize your documentation and identify losses related to partial dispositions down the road, increasing your cash flow.

Jason Thompson serves as senior manager with Tangible Asset Incentive Services. He has worked in public accounting since 2003. He provides federal and state taxation services to a variety of individual and business clients with particular emphasis on clients who own, operate, invest, and manage real estate assets. You can reach him at (425) 317-3051 or [email protected]