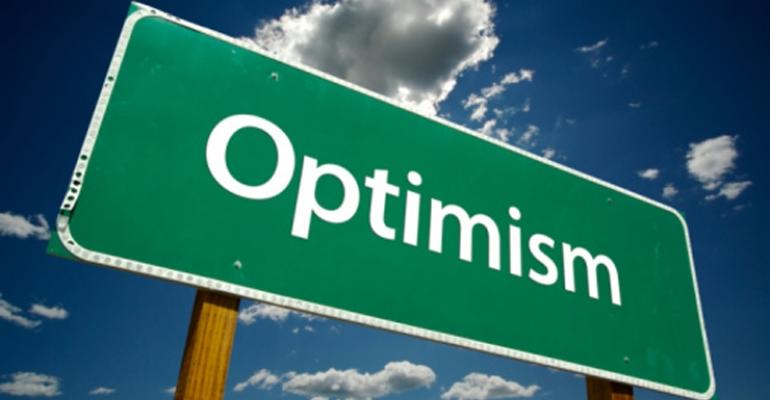 The good times for commercial real estate are likely to keep going a little longer, according to experts surveyed for the latest Consensus Forecast survey from the Pension Real Estate Association (PREA).

For years now, economists have warned that prices for commercial real estate properties can’t continue their explosive rise forever. Eventually, prices will stabilize or fall, leading to lower overall investor yields. In the long-term, yields on commercial real estate investments are still expected to shrink. However, forecasters keep putting off their predictions of when those lower yields will arrive.

“The market has continued to surprise to the upside,” says MacKinnon. Forecasters surveyed by PREA in November now expect real estate to provide an average yield of 9.1 percent in 2015. That’s a big boost from what they expected at the beginning of the year. In the first quarter, the average prediction for 2015 was 7.7 percent. These forecasts are based on expected returns on the National Council of Real Estate Investment Fiduciaries’ (NCREIF’s) NCREIF Property Index (NPI), which measures institutional real estate returns on an unlevered basis. The returns include both appreciation and income from the properties.

Earlier this year many experts worried that interest rates could spike upwards, as central bankers stopped programs like quantitative easing in the U.S. and perhaps even raised benchmark interest rates as the economy improved, driving up interest rates throughout the economy. “That would draw capital away from real estate,” says MacKinnon.

Unleveraged returns for investors, including both income and appreciation, topped 10 percent per year from 2010 through 2013, according to the NPI. That’s significantly higher than the 9.1 percent average annual return for the NPI stretching back to 1978.

The latest forecasts, on average, show commercial real estate investors earning a 10.8 percent return in 2014, as recorded on the NPI. Throughout 2014, cap rates have continued to fall lower as buyers bid prices higher. Fundamentals have also continued to improve, along with the broader U.S. economy. “That has conspired to create good returns for investors,” says MacKinnon.

By 2016, forecasters now expect the NPI return to drop to 8.0 percent, including both appreciation and income from properties.

Some properties have more potential upside than others, according to the forecasters.

“The consensus is that industry is going to lead the pack,” says Greg. The growth of online retail is good for industrial properties, as retailers need industrial space for new distribution centers.

Investment returns for apartments investments are expected to lag behind other property types, largely because the sky-high cost of apartment properties leaves little room for more appreciation, even though the outlook for demand for apartments remains relatively healthy, says MacKinnon.