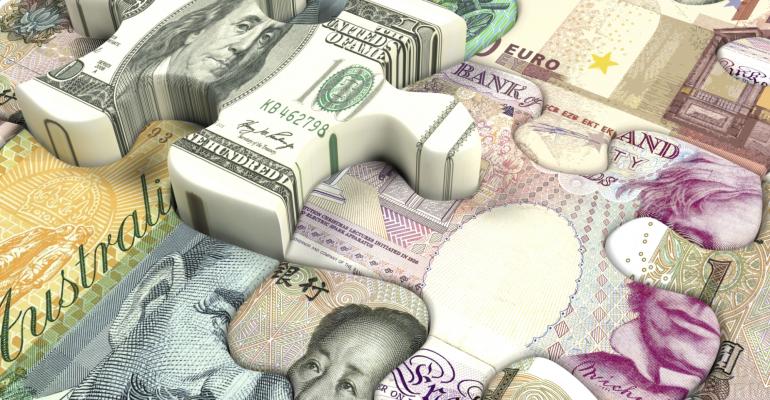 As a whole, foreign investors are not questioning the attractiveness of U.S. real estate assets, but views on the amount of opportunities available for capital deployment are growing more mixed, experts say.

Transactions involving cross-border investors totaled $66.7 billion in the last four quarters through the end of first quarter of 2017, according to RCA’s U.S. Cross-Border Q1’17 report.

“Nobody wants to come in and pay absolute top dollar,” RCA Senior Vice President Jim Costello says. “There has been pull-back. Cross-border investors are sitting on their hands a bit. There’s some evidence that sellers are pulling back, seeing fewer opportunities to redeploy capital because of the uncertainty out there.”

The first quarter saw a decline in deal activity by sovereign wealth funds, according to Andy Moylan, head of real estate products at Preqin.

“Finding investment opportunities remains a challenge—it is harder to find value today than it was a year ago,” Moylan says. “Pricing is hard. It will be interesting to see how investment activity finishes out for the year. In last year’s survey, sovereign wealth fund managers said they would invest more, but we’ve seen a slowdown in deal flows this year. It is a real mixed view.”

Institutional investors are also a bit more nervous about deploying capital because of the difficulty finding deals in the market, Moylan explains, adding it is possible that the market will see some pullback this year.

Meanwhile, institutional foreign investors are also trying to assuage concerns by employing a variety of investment strategies and diversifying portfolios, according to Moylan. Although core assets are still preferred, Moylan says foreign investors are exploring opportunistic and value-add assets.

Low interest rates are working to keep real estate a key component of sovereign wealth fund portfolios, but those entering real estate now may find “limited opportunities, particularly if they have large sums of capital to deploy,” Preqin wrote in its May 2017 Real Estate Spotlight. But  such funds will continue to find real estate attractive because of its ability to generate “attractive risk-adjusted returns in the form of a relatively stable income stream,” According to the report.

Europe (63 percent) and the U.S. (60 percent) were the two regions most preferred by sovereign wealth funds, according to Preqin data. Europe has a slight edge because of a perception that it has earlier in its recovery than the U.S. and has more room to run in its cycle, says Moylan.

Despite presenting an easy route to market, investing via listed assets was the least-preferred route by foreign investors so far this year, Moylan notes. Rather, institutional foreign investors employ “large internal teams on the ground to looking for opportunities in the form of direct investment and joint ventures.” They tend to invest this way to allow for more capital control.

Cross-border investors usually follow a strategy of direct property acquisition, Costello adds, noting this group of investors generally doesn’t share information publicly. Although markets like Seattle and Miami are more likely to attract cross-border investors, they are using portfolio deals to access secondary markets when it makes sense. That’s a function of capital sources and motivations for investing. Chinese investors, for instance, re making development site purchases, while Dutch buyers are seeking alternatives to bonds and would never consider the risk of development sites, Costello says.

Foreign investors still prefer gateway cities. In the four quarters leading up to the first quarter of 2017, as a group they comprised only 10 percent of investors in noncore markets.