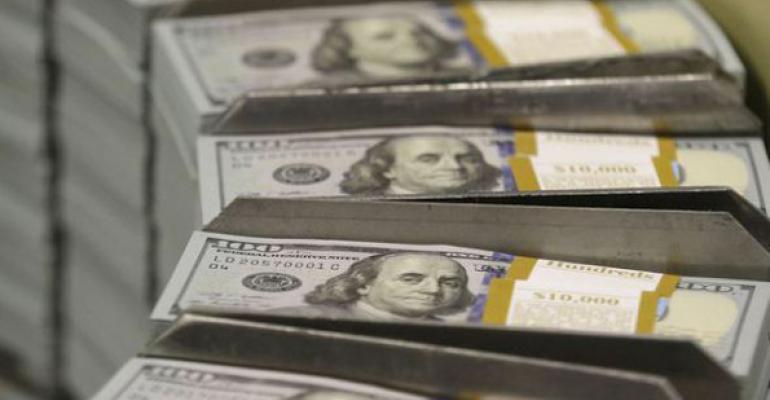 Globally, the amount of capital raised for global private equity funds year-to-date through Nov. 23rd totaled $96 billion—which is up a modest 13 percent compared to the amount raised in roughly the same period a year ago. However, North American-focused real estate funds experienced huge fundraising success this year. North American funds that closed from January to November 2015 raised $61 billion in investor commitments—up 42 percent compared to the same period in 2014, according to London-based research firm Preqin. North American funds also accounted for 67 percent of the global fundraising total.

The amount of capital returned to investors from private real estate funds in 2014 is also at an all-time high at $187 billion, according to Preqin research.

That fundraising prowess is further testament to the strong demand from the global market to invest in U.S. commercial real estate. “We are generally seeing investors continue to focus on more established markets, and most notably the U.S., where the economic outlook remains positive and there are a wide range of opportunities,” says Moylan.

The spike in volume can also be attributed to some very large funds that closed in 2015. Blackstone Real Estate Partners VIII became the largest private real estate fund to close at $15.8 billion. Other notable fund closings this year included the Lone Star Real Estate Fund IV, which closed at $5.8 billion, and Starwood Global Opportunity Fund X, which closed at $5.6 billion.

“Blackstone is certainly a contributor, but the fact that they, and some other big players, could raise such a large fund so quickly is a reflection of strong demand for U.S. real estate,” says Moylan.

“The U.S. is really the best market in the world right now for commercial real estate investment. As a result, you are seeing capital from all over the world come here,” says Ward.

The magnitude of that foreign demand will lessen at some point. For example, right now there is a lot of capital coming out of China with a general strategy of capital preservation. Eventually, that money will move elsewhere as people see better alternatives, whether that is back in China or Japan or somewhere else, Ward notes.

One question to consider is whether or not the industry will look back at 2015 as perhaps a high water mark for private equity fundraising. It is getting harder and harder for private equity players to find what they are looking for in the best markets, such as Boston, New York City and San Francisco, given their return thresholds. Traditionally, private equity groups have been looking to get leveraged returns of 14 percent and higher. Although expectations have lowered a bit, most private equity funds are still searching for investments that deliver two times the return on equity multiple over a three- to five-year investment horizon, says Ward.

Given the current competitive market, private equity firms may have to either adjust return expectations lower or look at alternative strategies to achieve higher returns. For example, they could put aggressive floating rate debt in place to drive more cash flow, or pursue higher risk-higher reward investments.

However, given the still low returns in other investment alternatives, it looks like capital will continue to flow to private equity real estate funds, at least for the near term.

“There is no sign of investors losing appetite for real estate exposure, or slowing the number of commitments they make,” says Moylan. And the U.S. in particular continues to be viewed as an attractive and safe market for commercial real estate investment.

“There is a wide range of opportunities in the U.S., in both primary and secondary markets, which are increasingly being looked at by investors,” he says.