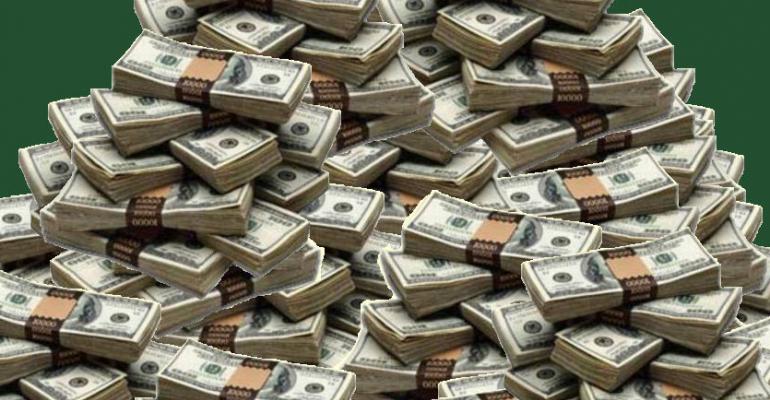 Private lenders that used to float on the fringes of the commercial real estate financing sector are stepping out of the shadows and becoming a more accepted financing alternative.

One of the primary drivers behind the shift is the abundance of capital. There is a lot of new money flowing into private lender shops from a variety of sources, including hedge funds, private equity and even sovereign wealth funds who are trying to capture higher yields.

“If you asked 10 people what private capital is, you would probably get 10 different answers,” says Shawn R. Hill, a principal at The BSC Group LLC, a mortgage banking firm based in Chicago. Theoretically, the term private lender could be loosely applied to any lender that is not a regulated bank, ranging from mortgage REIT to private equity groups. However, those groups are clearly seeing an influx of capital, he adds.

Case in point is Eagle Group Finance Loan Corp. The Los Angeles-based company has seen steady growth in its business since it expanded into private lending in 2008. In fact, Eagle Finance expects to double its lending in 2015 with $100 million in loans.

“Even now when banks have so much money and they say they’re lending more—they actually aren’t. They are only lending more to their preferred borrowers who have pristine credit and property on Main and Main,” says Brian Good, president of Eagle Finance Group.

Over the past several years, Eagle Finance has seen steady demand from borrowers, most notably on deals the banks won’t touch. The firm provides non-recourse short-term bridge loans of less than three years on commercial real estate and multifamily properties in western United States. In most cases, the property is in transition or the borrower is looking to clear-up credit issues, notes Good. Loans range from $2 million to $20 million and terms from six months to three years.

The search for higher yields is certainly drawing more capital into the private lending sector. At Eagle Finance, for example, rates range from 8 percent to 12 percent, double that of a traditional bank. “There is a lot of money coming into this sector,” says Good. Hedge funds, for example, are not hanging out a shingle, but rather they are pacing capital with firms that specialize in real estate lending and have the expertise.

Hard money or bridge lenders have been viewed in the past as somewhat “rogue,” notes Good. The new capital coming into the sector from private equity groups and hedge funds has helped grow the sector, as well as stabilize and legitimize private bridge loans as a viable option for borrowers, he says. “We are here to stay and there are structures in place for us and regulations and the like.”

Private capital is also benefiting from the tighter regulatory environment in the banking arena as private lenders have more flexibility to transact loans. “They don’t have to play by the exact same rules as the banks,” says Hill. In the case of a property appraisal, for example, a bank has very specific guidelines on who can talk to the appraiser, who can order the appraisal and who can interact with the appraiser. A private lending source does not have to follow those same rules.

Private lenders are generally not competing with the banks head-to-head. Instead, they are going after transactions that have slightly more risk and more reward in terms of properties in transition, perhaps credit issues for the borrower or development risk on a construction loan.

For example, Hill worked with a borrower recently that went to a private capital source to secure a construction loan on a new self-storage development where the client had a deal in place to flip the finished product to a REIT at Certificate of Occupancy. The private lender funded 90 percent of the construction cost with a non-recourse loan. The borrower had to pay a higher rate compared to a conventional loan, but he could not have done that deal with a traditional bank. Leverage would have been much lower at a bank and potentially he could also have been subject to recourse, says Hill.

Private capital was among the first lending sources to come back to the market after the financial crisis, while some of the other sources were still on the sidelines.

“As we sit here today, and the markets have gotten more and more competitive, private capital has had to find ways to differentiate [itself],” he says. In some cases, that means moving up the leverage curve or taking on deals with more risk. Borrowers have certainly benefitted from more capital coming into the market and private lenders’ flexibility to do deals, he adds.