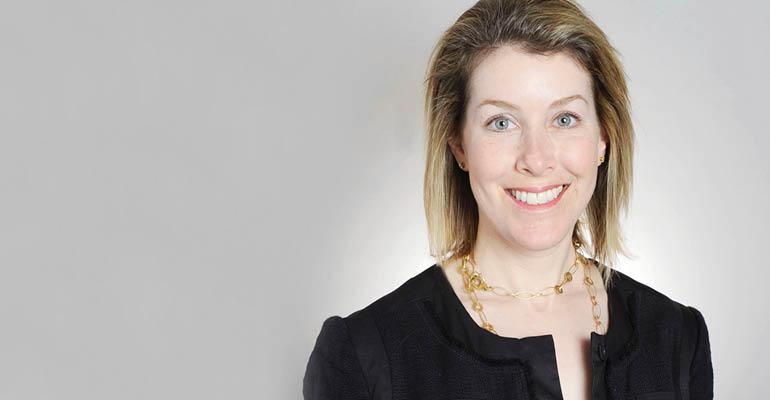 At the end of the presentation for the Trump administration’s proposed tax reform last month, commercial real estate industry insiders were left with more questions than answers. During the April 26 press conference, Treasury Secretary Steve Mnuchin and National Economic Council Director Gary Cohn didn’t mention either the border adjustment tax or changes for taxing carried interest, two of the most pressing issues for real estate professionals. But by the following week, the administration officials acknowledged that eliminating the latter is on the agenda.

NREI:  The current tax reform plan proposed reducing the corporate tax rate to 15 percent. What is your opinion of the proposed rate?

Heidi Learner: I don’t know if the reduction is too optimistic. The concern is, what revenue source can be used as an offset? What does that do to the budget? Few corporations pay the statutory tax rate as a result of carry-forwards and other deductions, such as depreciation. I don’t know if [a 15 percent corporate rate] is realistic.

NREI:  What do you think is the likelihood of carried interest changes and how would it affect those working in the commercial real estate industry?

Heidi Learner: It likely would mostly affect managers of funds (such as those in real estate) who take a percentage of the fund’s gains as compensation. The likelihood of this going through is unclear. The President had advocated for its elimination, but it is too early to tell if that change will make it into the final plan. This also becomes less relevant if pass-through tax rates are reduced. Would the higher taxes assessed on REIT dividends make REITs less relevant? There are lots of details to work out.

Heidi Learner: This was very unpopular when it was first presented. It would be quite problematic for retailers, especially in the current environment where retail has been struggling. As for the biggest impact on commercial real estate, we would see many retailers who would no longer be  able to operate profitably. It would increase retail vacancies. This is probably an aspect of the tax proposal not apt to make the final cut. Adding the tax does not make industries profitable in the U.S.; it just increases the cost for importers of goods made abroad. There are probably more effective ways to support industry.

NREI: How do you view the plan? Why? Who is most likely to be affected?

Heidi Learner: Anyone set up to do business as a private partnership, limited partnership or LLC would benefit. Small business investors would be the biggest beneficiaries, no longer paying 39.6 percent income tax and possibly the 0.9 percent additional Medicare tax on wages/compensation. Clearly, a drop is a benefit for anyone who can set up their business structures in this manner. I think the jury is still out [on the plan overall]. What will it add to the budget deficit? The Trump administration says these policies will be stimulative and grow the economy over time. I’m not sure this plan is as effective as other measures, such as those that increase capital spending and research and development, or measures that would work to increase hiring.

NREI: What do you think will happen with pass-through entities?

Heidi Learner: If pass-throughs saw a reduction in tax rates to 15 percent, it’s safe to say that their popularity would increase dramatically. Pass-throughs are the biggest winners under the proposed plan for tax cuts. While any reduction is positive for business, pass-through entities stand to benefit the most. This change would be a real boon for anyone in the private equity or hedge fund space, as it would be for real estate fund managers.

NREI: What are the implications of a territorial tax system for commercial real estate investors?

Heidi Learner: I don’t think a shift to a territorial tax system is likely anytime soon, but if we did move in this direction, U.S.-based funds with income or dividends derived from overseas holdings would benefit. This is a largely a non-event for portfolios whose earnings sources are domiciled in the United States.

NREI: On May 3, the Federal Reserve voted to keep interest rates unchanged. What is your opinion about the latest Fed decision?

Heidi Learner: The Fed releases projections four times per year. Voting members took great pains this time to mention that the slowdown in first quarter growth was temporary. I thought that was interesting. My takeaway is that despite the first quarter results, the Fed’s forecast for the balance of the year is likely to be unchanged. Although we saw dismal consumption figures in the last quarter, the Fed toned down the impact of any pullback, saying that the fundamentals underlying growth remained solid. Another two hikes could be quite possible.