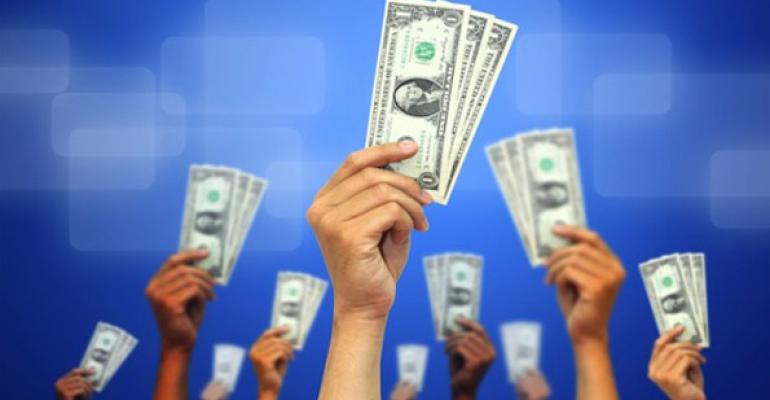 Big name players in the real estate private equity fund business have been cashing in on fundraising prowess over the past several years. But it is the smaller firms that are proving they can bring home the bacon.

Smaller funds are generating higher average returns and are consistently outperforming mid-size and large funds, according to London-based research firm Preqin. Smaller vehicles are also more likely to have internal rates of return (IRRs) in the top quartile of their cohort compared to larger funds. On a one-year horizon, funds under $500 million are generating returns that are 265 basis points higher than those of mid-sized and large vehicles. Five-year returns are 160 basis points higher, according to Preqin.

“The smaller funds, for a lack of a better term, have something to prove. The emerging managers are trying to earn the reputation or the right of passage with the consultants and the investors, and the best way to do that is through performance,” says W. Stephen Hagenbuckle, a managing partner at TerraCap Management, an alternative investment management company. The Florida-based real estate investment firm acquires value-add office, industrial, multifamily and select service hotels. As of Jun. 30, TerraCap’s three closed funds were averaging net IRRS ranging from 17 percent to 20 percent.

Hagenbuckle credits part of that success to the firm’s hands-on approach as an operator and manager. “We are not paying someone else to do the heavy lifting,” he says. Some of the bigger funds allocate capital to real estate investments and pay third-party operators or joint venture partners. “We share all of the profits with our limited partners. So there is no other party getting a piece of that pie,” he says.

Finding deals below the radar

Smaller fund managers are leveraging their strengths to deliver bigger returns. Although strategies vary, some of the common traits that often work in their favor include a more agile and efficient structure, as well as a more laser-focused investment strategy on a specific niche or micro-market.

“From our perspective, we pride ourselves on being able to identify opportunities in the market as a first mover and being able to move quickly to capture those opportunities,” says Pat Jackson, senior portfolio managers and chief investment strategies of Sabal Investment Advisors, which provides investment advisory services.

Last week, Sabal announced the final close of its first private capital vehicle, the SIA Debt Opportunities Fund. The primary investment strategy is to buy the B-piece loans coming out of the Freddie Mac small balance loan program. The fund, which has target returns in the mid-teens, exceeded its initial target of $150 million with total commitments of approximately $200 million.

Smaller funds also leverage market knowledge and relationships to identify opportunities that are below the radar for the bigger funds. “We get access to a lot of deal flow that others don’t see,” says Hagenbuckle. About 60 percent of the assets the firm acquires are either early notification or off-market opportunities.

Smaller funds have typically faced a bigger challenge in raising capital, while money has flowed more easily to the bigger names in the business, such as Blackstone, Lone Star Funds and Brookfield Property Group. Firms that have raised funds of $1 billion or more in size since 2013 (as at October) have secured approximately half the total capital raised in the period, despite representing less than 10 percent of the number of funds closed, according to Preqin.

Limited partners tend to gravitate to funds that have a defined strategy, stability, size and a proven track record. However, smaller funds are finding that performance helps to create some added traction on fundraising.

“Everyone wants performance. That’s universal,” says Jackson. Investors also want a fund that is backed by a reputable company that investors can trust. For example, the SIA Debt Opportunities Fund is relatively small by industry standards at $200 million. However, Sabal is an “institutional quality firm” that is rated, audited and reviewed and holds many industry accreditations, says Jackson. “LPs are attracted to yield, and we feel that we have a very compelling investment thesis,” he says. But at the end of the day, companies also want to put money into a company that has experience and a robust infrastructure, he adds.

TerraCap is seeing its fundraising ability grow along with its track record. TerraCap’s latest fund, TerraCap Partners Fund IV, has a capital raise target of $300 million, which marks the company’s largest private equity fund to date. Funds II and III both had similar strategies and hit capital raising amounts of $102 million and $120 million respectively. In its first six months, Fund IV has already raised just under $120 million.

“What I’m seeing is that investors are challenging their consultants or other advisors to find them alternative investments that outperform the baseline norms or the household names,” says Hagenbuckle. “So I think we are seeing a shift away from some of the big names and a significant shift away from open-ended core and into value-add emerging managers.”