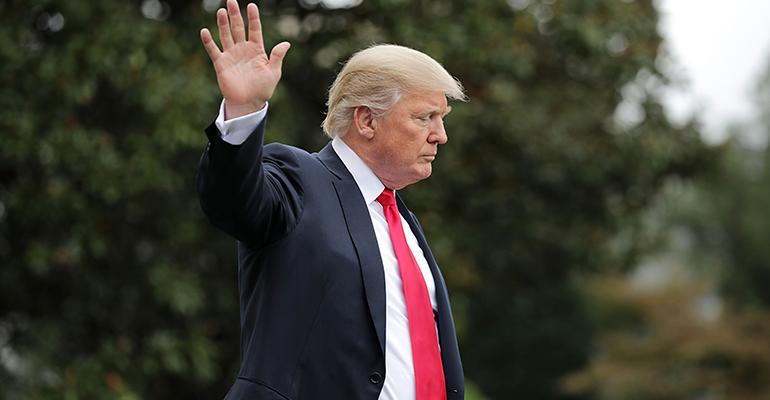 Questions remain as to whether some of the plan’s components will draw the needed private sector funds to get projects off the ground.

Despite numerous attempts in the past 18 months to highlight a proposed plan to offer state and local governments nearly $200 billion in funding to stimulate a goal of $1.5 trillion in infrastructure projects nationally, the Trump administration has failed to generate buzz and momentum for its vision. Moreover, questions remain as to whether some of the plan’s components will draw the needed private sector funds to get projects off the ground.

The overall architecture of Trump’s plan marks a major change in the federal government's traditional role in funding infrastructure, passing off the financial burden to state and local governments and ultimately private investors, with less project funding coming from federal coffers.

Half of the plan’s funds, or $100 billion, are devoted to a new “Incentives Program,” with approval authority divided among the U.S. Department of Transportation, the Environmental Protection Agency (EPA) and the Army Corps of Engineers. These agencies will competitively award the funds. In reviewing competing projects, the agencies will apply evaluation criteria 70 percent of which will pertain to the project’s ability to secure new, non-federal revenue sources.

According to Fred Springer, an attorney at the Florida law firm of Bryant Miller Olive, which specializes in assisting public entities in financing infrastructure projects, this requirement would make it harder to access federal funds for infrastructure. “Private investors will require a return on investment,” Springer says. “A project that generates a significant revenue stream may attract private investment, but many infrastructure projects do not generate revenues.”

There are other mechanisms to boost a project’s credit-worthiness, such as federal loan programs. An example is TIFIA (Transportation Infrastructure Finance and Innovation Act), a federal loan program that provides partial funding loans to infrastructure projects that expand the economy or can transform a community. Examples of projects that meet TIFIA criteria include the D.C. Metro system, which initiated the city’s urban renewal process, and the Port of Miami Tunnel, which segregates port traffic from passenger vehicles, improving cargo movement from the Port, while reducing traffic congestion for other vehicles.

Springer notes that in the absence of federal funding, the burden to pay for infrastructure will fall on state and local governments, which have limited revenues. States have historically supported bonds with special fund revenue to leverage future receipts of revenue for current infrastructure projects, such as a gas tax—a resource declining as auto fuel efficiency increases. Local governments use municipal bonds to fund large capital projects, but also leverage their power over real estate developments to generate funding for smaller infrastructure initiatives with impact, entitlement and permit fees.

Government bonds have been popular with investors for many years because money invested is excluded from federal income tax and many state income taxes. But in recent years, governments have been challenged to raise money through bond issues due to decreasing revenues, fluctuations in yields and lower returns than in the past that are attracting fewer investors, says Springer. According to Barclays Municipal Bond Index, for example, in 2013 municipal bond yields fell to a negative 2.55 percent.

As a result, Springer notes that local governments are relying more and more on private investors to fund infrastructure through both fees on real estate and public-private partnerships, or P3s.

“Over the last 10 years, the P3 model, which is featured in the Trump infrastructure proposal, has gained momentum among public entities,” says Palo Alto, Calif.-based real estate attorney William Eliopoulos, a partner at the law firm of Rutan & Tucker.

He notes that there is a strong movement afoot to build infrastructure through P3s, but this funding mechanism is most often used for projects that generate lots of money, such as student housing, publicly-owned healthcare facilities and airports. Transportation projects, including toll roads and bridges and light rail construction, require bond measures because they don’t generate enough revenue above operational and maintenance costs to pay back private investors, Eliopoulos says.

Cities are getting smaller public transportation projects done on the P3 model by sweetening the deal with government-owned assets, according to Al Maloof, managing partner with Miami-based GJB Consulting, an affiliate of law firm Genovese Joblove & Battista P.A. He notes that developers are good at creating value to compensate for fronting money for public projects. For example, a developer may build a light rail station in exchange for land around it to develop a mixed-use, transit-oriented project.

Eliopoulos notes that public entities are getting very creative in securing P3 financing for public projects that generate little or no revenue, such as civic centers, prisons and courthouses.

The City of Long Beach, Calif., for example, formed a P3 with a developer to build a new city hall, library, park and underground parking structure. The city is paying the developer back over a 35-year period, the expected “full life” of the project, with general funds formerly used for maintenance and other expenses on the old building and energy savings provided by the new building’s high energy performance. The city is also transferring some city-owned property to the developer.

He notes that there is ample capital available for P3 projects, like in Long Beach, as they provide good returns and for low risk.

Eliopoulos adds that the most interesting piece of Trump’s infrastructure plan is the $20 billion earmarked for bold, transformational projects, like San Francisco’s proposed city-wide broadband Internet project. This project, which requires voters to approve funding in November, would provide a faster Internet bandwidth than any current Internet service to every household and business in the city, he adds.

Commenting on the impact of the overall plan, Omer Amsel, co-founder and COO of the real estate investment firm StraightUp, says, “This plan is convoluted, and its potential implications are still unknown.” He notes that the $50 billion focus on rural infrastructure projects appears aimed at encouraging migration to the suburbs, but statistics show that cities are getting more crowded, so transportation options that get people to urban employment centers quicker would be money better spent.

Amsel suggests that the plan’s limited focus on infrastructure with socio-economic benefits suggests a lack of understanding of the modern investor’s focus on a double bottom line. “Social impact has become a large influencer for younger investors,” he notes. “Projects that have social and economic benefits appeal to young investors, giving then both an economic incentive and sense of a positive impact.”